Can y’all believe that we are already at the third stop on the Melodifestivalen 2017 tour? Four finalists in and another four at Andra Chansen — it feels like we’re on fast forward! This week, we move to Växjö for the third deltävling, or, for all us foreigners, Semi-Final 3. What does Sweden have to offer us this week?

The third semifinal has more debutants than the first two, with only two artists returning to Melodifestivalen. As it happens, they’re also the first two acts in the show.

Robin Bengtsson starts us off this week. Robin made his big breakthrough last year when he competed with “Constellation Prize”, placing fifth in the final. Before that, he was an ex-Swedish Idol contestant and had a number of releases under the name “B Robin”. Another Robin — Melodifestivalen 2013 winner Robin Stjernberg — has co-written the song, “I Can’t Go On”.

Following Robin is Finnish sensation Krista Siegfrids. Krista represented her home country in 2013 with “Marry Me” and has been the host of UMK — Finland’s Eurovision selection — for past two years.

Last year she took part in Melodifestivalen for the first time with “Faller”, but just failed to qualify to Andra Chansen from her semifinal. She’s back with another Swedish pop banger, “Snurra min jord” (Spin My World).

Then come a whole host of debuting acts. Eighteen-year-old Anton Hagman is best known for his YouTube cover songs. Former lead singer of A Friend in London, Tim Schou, is one of the writers of Anton’s song “Kiss You Goodbye”.

Jasmine Kara also makes her Melodifestivalen debut this year, despite being in the music business since 2010. She has self-penned her song “Gravity” along with Anderz Wrethov, who had three songs in the Melodifestivalen final last year.

Eighty-seven-year-old Owe Thörnqvist is the oldest artist ever to take part in Melodifestivalen. He’s performing “Boogieman Blues”. Bella & Filippa are an upcoming pop duo, known for their covers and original songs on YouTube. Their song “Crucified” is written by a big team, including Filippa’s dad.

The last act on stage is one of the most anticipated acts of this year’s Melfest. Boy band FO&O (Felix, Oscar & Omar) are the group formerly known as The Fooo Conspiracy. They’ve had a name change ahead of Melodifestivalen, as former member Oscar “Olly” Molander recently left the band.

The team behind their song “Gotta Thing About You” is Robert John ”Mutt” Lange and Tony Nilsson. Between them, they have written for Melodifestivalen artists, as well as superstars like Lady Gaga and Britney Spears.

Those are the acts, but now it’s time for you to tell us which act you’re most excited about. Who do you think will steal the stage at the Vida Arena? You can vote for as many of your favourites — just remember that you can only vote once. Be sure to select all of your choices before pressing submit. We will go through the results on Thursday, February 16 when we get the first snippets of the songs.

POLL: Which deltävling 3 act are you most excited for? 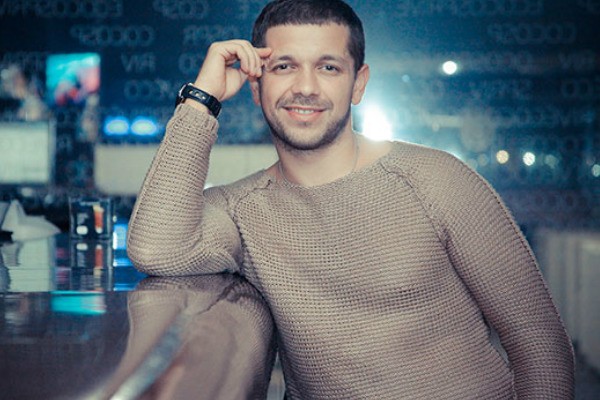 No faith in Krista ! she’s great should of made the final last year loved faller!, robin well didn’t like him last year don’t think i will this year, jasmine oooo yasss! the newbies will have to wait and see not a fan of boy band so doubt ill like the foo group!

Neither Krista nor Owe will make it through. Owe is basically a novelty act and Krista welll..
Obvious FO&O will make it through, based on hype alone. And with a song written by ex mr Shania Twain how can it go wrong? Though don’t expect anything new. The song was originally intended for 1D, so pretty much boy band sound I would guess.

Personally I’m most excited for Robin, “Constellation Prize” was my favorite in 2016.
Also curious about Anton Hagman (since his song was co-written by Tim Schou) and FO&O – despite the new name (ugh). I hope they can live up to their hype, though, I don’t want them to go through, or even win, just because they’re popular.

Fooo will win, it’s clear. And its good, they have great songs and its time to have band from Sweden!

I hope the 3th semi final will be the same like last years semi. On paper this looks like the most boring and yet worst semi final to come, but i feel like there are coming some surprises here. Don’t have much faith in Krista yet… another swedish song, previous year she really liked her song and thats why i’m afraid of another meh entry.

@rigged: I think that’s Anton Hagman, the YouTube star; apparently he’s 18 and is getting better at singing all the time.
N.B. I try not to keep score of comments, but yours have been teasing with all this sexual tension! 😀 Haha!

Ooo – @Maclaren: Do you mean “EugeneESCUK?” I’m not him, but I do remember him; he was on other forums and on here for many years. Unfortunately he announced his “retirement” from blogging last year. I wish I had as strong a profile as he had, to be honest.

I hate to say it but im really excited over FO&O, they have a song written by Robert Lange and im hoping to see them getting further away from their previous 1D style of music.. Hoping for something similar to their song “Jimi Hendrix” which (to be them) is a really good song! Given their reliable fanbase of girls 6-14 they are guaranteed a place in the final (I BET MY LIFE ON IT) whatever they participate with but I do think they are trying to reach other people here and might go with a different song which could actually… Read more »

Sorry, but is Purple Mask = Eugene? What’s the sense in changing the brandname?

@Purple
Talking of the guy in the top row on the Montage.I could eat him up. B)

I agree with CookyMontza – Roger Pontare’s song was indeed great, and totally un-appreciated by these hormonal app voters. Benjamin Ingrosso did not deserve that spot. His song is so dull. Philistines.

@rigged: You’ll have to be more specific. All Melfest stars are usually hot. 😀
(Following your hilarious pattern of comments: First spanking, then beating, now duck-worthyness… :p )

@Cambell Grace: Odds shortening are usually a sign that the bookies are re-evaluating how much they have to pay out in the case of an upset – it doesn’t necessarily mean that there have been more bets. That’s why odds can be a bad indicator, especially for song contests. But let’s look at this anyhow: The odds I have here for this MF Heat show that FO&O would be clear winners, followed by Robin Bengtsson in second. (Okay, cool) Then Andra Chansen spots are quite close after that. Odds say that 3rd place will go to 18-year old Anton Hagman… Read more »

Like last week, my hands will be full. Here in NYC, I will likely watch the playbacks. I’m interested only in Malta (Janice Mangion, Franklin or Claudia Faniello, my top 3), Eesti Laul semi 2 (Koit and Laura, Kerli, Liis Lemsalu and Almost Natural), A Dal (Gabi or Joci, for sure; KSB or Leander Kills if my top 2 get thrown under the bus by the jury), and MF (will decide when I hear the 1-minute snippets).

I looked at the betting odds lately and well Bella and Filippa with “Crucified” seem to have their odds shortening by a lot…could their song be a massive hit?

This is soooo tough!!
Firstly, Jasmine Kara is outstanding; she’s got sass in her voice and in her presence – perfect for Melfest.
Robin Bengtsson did really well last year and is a good musician with a good team behind him.
Then there’s Krista Siegfrieds who is all kinds of awesome.
FO&O are the big wildcards; they will either win or flop.
The others I know nothing about, so I’m content to be surprised by the result. 🙂 This is going to be FUN

@Polegend – I am also #TeamGabi in Hungary. In Malta, I am #TeamMaxine. In Estonian semi, I am #TeamKerli and #TeamRasmus, while I have several favorites in Icelandic semi. I am REALLY torn what to watch. =-O

May I ask why The FO&O are a big deal in Sweden? Seeing their discography on Wikipedia, they don’t even have a top 40 hit on the charts. Are they, like, a preteen girls’ favorite or something?

@ Colin – agreed, my Saturday night will be dedicated to A Dal and #TeamGabi, followed by celebration if she wins or mourning if she loses.

They just got rid of a magical, thundering number, from 65-year-old Roger Pontare, that was more than deserving of a direkt-till-final push. 🙁 You think maybe these kids won’t do the same to 87-year-old Owe?

I agree with Polegend this time – Top 2 for me are Krista (cause she is so good on stage) and Owe (extremely curious to hear an age record breaker). Hopefully their song will justify my hype.

However, considering there are 3 NFs and several more semis on Saturday (seriously, why few days of nothing and then 8 things at once! @[email protected] ) I doubt I’ll see much of it first hand.

Hey guys, I think you should put together all songs from Krajowe Eliminacje, the are all known now 🙂

Melodifestivalen is getting exciting now! It will be hard to guess who’s gonna go to Andra chansen but the final is pretty clear: FO & O and Robin Bengtsson The fooo is a pretty big deal here and Ribin will probably follow up his success from last year. Anton Hagman will also be a show in for the finals bc of his good looks although I’ve never heard of him, and I’m often on Swedish YouTube. Unfortunately I think Krista Siegfrieds will end in fifth place again, or best 4th place,, simply because this is a pretty hard deltävling when… Read more »

Robin for sure! Loved his song last year!
I’m not a fan of Krista, though she’s a really good singer!
I’m also interested in the newcomers in that show.

Legend Krista and daddy Owe. Robin had a cute song last year, but I see no artistic personality in him so I can’t say I’m excited. As for the rest, idkher.gif