We do not envy this working week! Seven days on from her victory at Unser Song 2017, Levina has revealed the official music video for her Eurovision entry, “Perfect Life”. It’s a fairly simple video, with no big “wow” effects or revamps in sight.

Okay, so “simple” is perhaps putting it mildly: the video is about as generic as they come. This screams “talent show winner’s first single”, with little actual meaning given to the song. It wouldn’t come as a surprise to learn that all the Unser Song finalists recorded a video like this.

Levina mainly poses in front of some light tubes in the background whilst singing the song. The most exciting part is the fact there’s some serious lens flare going off. It’s plainly safe, perhaps to a fault.

What it loses in its simplicity, however, means that Levina’s natural charisma stands out more. It was clear from the national final that Levina is a performer who knows her craft and how to style it. There is some real smizing going on towards the camera in this video, y’all — just look at the teaser photo! Levina knows how to sell what you have to work with.

Of course, we already know that the song will be revamped ahead of Kyiv. With that in mind, this may serve as a placeholder video until a new version is recorded, to go alongside the revamp. For Levina’s sake, we certainly hope so!

The release of the video may stand Levina in better stead with our Big Five poll, which is still ongoing. So far, she’s unfortunately in last place with 4% of the vote — will the video change people’s opinions on the song and cause a rally behind her?

What do you think of the music video for “Perfect Life”? Do you think a revamp will help the song stand out more? Let us know your thoughts in the comments section! 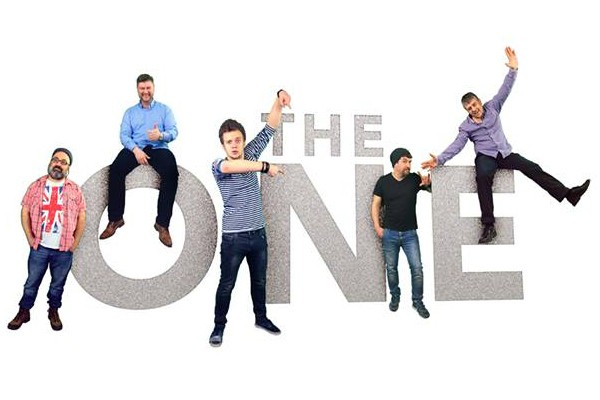 Moldova: Wiwi Jury reviews THE ONE with “Dance” The Netherlands: O’G3NE’s Eurovision 2017 song to be revealed on March 3 Very nice song! This may be Top3 or even win. Quite special melody and dissonances combined with a gorgeous singer. Strong contribution, Germany!

wow even the video is bland oh my

Third last place in a row for Germany if they don’t change the song!

Just change the song, Germany! You’ve still got some time before the deadline. Let Levina write her own song and you won’t come last.

While I don’t really see much lens flares, there are quite a lot of strobe lights throughout the entire duration of the MV.

Guys wait until the Echo Ceremony 2017 It has proven since 2013 (with that horrible Version of Glorious from Cascada) that the NDR will 1. let our Participant perform the Song at the Echo and MOST IMPORTANT 2. Let her Perform the FINAL Version of the Song we will hear in May. Im really confident that this Year Thomas Schreiber (Head of the German Delegation) will FINALLY hear the Social-Media Echo and will come together with the Song-Producers to change as much as it needs to get Levina a good Palce at the Grand Final in Kiev Greeting from Germany… Read more »

The song cannot be more bland than what it is. LOL

@ Polegend Godgarina : ”Poor Levina, it ain’t her fault the German broadcaster is tasteless and suppresses its artists’ artistic individuality.”

Yes, because their selection was designed to create a PRODUCT, instead of choosing an ARTIST. Worst national selection ever.

This song doesn’t have any character and I think Germany is on the road to make something never seen before – hat trick.

They should simply use the version Axel sang. It is a much better version, and it is not such a copy and paste job from David Guetta. And for me this version does not feels like saccharin, but it feels like polenta without meat or fish. Bland, boring and unforgettable

However newer artificial sweeteners have aspartame/neotame which are easily digestible being peptides and also provide a few essential amino acids.

Saccharin is actually a chemical product which tastes sweet….. Its not food and hence has no calorific value……produced in the 19th century.There are many artificial sweeteners containing Saccharin.Maybe one chemical lab trademarked it and put it out as a brandname as well.Its purpose is to give taste and not provide Carbohydrates which is detrimental for diabetics. The best part of it is infact that it lacks energy.

I feel seriously sorry for this girl… She has talent, a great voice and yet she’s stuck with a bland song and an even blander video. Feels like the German entry has been ready to assemble in an Ikea box months ago and they just put her in the middle of it. It’s quite sad to treat a young artist that way.

I hope this doesn’t crash too hard in Kiev!

This has Ann Sophie issues.
I find it unlikely that this will be any jury member/voter’s last place but at the same time, nobody is going to put this in their top ten (maybe Austria/Germany?)….which could mean last place.

When did Germany become so safe? This was the country of Wadde Hadde Dudda Da and Miss Kiss Kiss Bang!

Hopefully when they say revamp, they actually mean a 99.9999% revamp and that they’ll get a completely new song and just keep the song title.

What is the point in sending a song that they absolutely know from the fan response will be dead last. They need to do a Ukraine 2010, admit that this song is just absolutely horrendously bland and buy this poor girl a real song! Germany has the cash!

I don t think that Germany wili be finish last, my prediction from 18 to 22 place in final wihtout revamp of song. Spain and UK wili finish behind Germany and Switzerland if they go to final.

There is no indicator the song will be revamped. If anything, releasing a video this soon suggest quite the opposite. Anyway, the video is good, the song is still average. Kudos to Levina and her team for filming it so fast. That takes dedication.

Thanks Robyn. Next time, I’ll just use “lacking.” It will avoid confusion. 😛

@escash: levina wishes her video is as good as francesca’s.

I feel bad for Germany.

How the great have fallen.. Germany from 2010-2012 was one of my fav countries but togheter with Ireland it is actually becoming one of my most disliked ones.

Saccharin is a brand of artificial sweetener, but there’s also the adjective saccharine (which predates the sweetener by centuries) which means excessively sweet or – in poetic use – ridiculously sentimental or romantic.

@Polegend: No, you misunderstand me! 🙂
Saccharin definition: “Saccharin is an artificial sweetener with effectively no food energy that is about 300–400 times as sweet as sucrose or table sugar, but has a bitter or metallic aftertaste, especially at high concentrations.” – So I wasn’t saying the song was just sweet, I meant that it has low energy and was missing the right ingredient to make it work! Sorry for the confusion.

@ Purple Mask – you must’ve been eating stale cupcakes if you think this is sweet haha! Honestly, the song is pure jury repellent (it has no qualities at all), and all the televoters will associate it with Titanium from the very first notes and find it cheap, so I’m not expecting televoting marks either. I’m confidently predicting last place for this mess. Poor Levina, it ain’t her fault the German broadcaster is tasteless and suppresses its artists’ artistic individuality.

This article is so shady, I love it. Boring video for a boring song, no surprises there! And I agree with @ Isaac Visser – along with a certain Azerbaijani entry, this has to be one of the worst Eurovision entries of the decade.

The music video remind me of “Nessun grado di separazione”mv

It’s so… what’s the word?… Saccharin!
It’s like having the sweetener without the energy; the best part of the ingredient of the song is somehow missing. I feel sorry for Levina, because I have a very strong smell of “last place” with this song. 🙁

A basic videoclip for a basic song. Seems fair?

Seriously I can’t stand this… the song, the singer, the lyrics, everything screams last place to me

Possibly the weakest Euro song since 2010s “That Sounds Good To Me” – and I know this accusation has been made before but one word “Titanium”, it’s in the same bloody key! This needs a MAJOR revamp to place anywhere in the top 20.