The Wiwi Jury, our in-house panel of music unprofessionals, is in Chisinau, reviewing the songs from Moldova’s national selection O melodie pentru Europa 2017. The next act is Vozniuc feat. Vio Grecu and their song “Don’t Lie”. Is it a true gem or does it make us want to lie down?  Let’s find out!

Anthony: I’m not lying, they’ve mounted themselves to be a real contender for this year’s O melodie pentru Europa title. Dark, moody gradual build-up in the verses, before they unleash an explosive killer chorus and the song bursts into life, which I found myself rocking out to it. One to watch out for, the group ticked all the right boxes on their audition performance.

Antranig: “Don’t Lie” sets a chilling atmosphere from the start but the singing slightly detracts from that. What I love about this is that it is not generic — it doesn’t sound very Eurovision and that’s a good thing in this selection. This definitely stands out as one of the better songs in Moldova and there’s enough potential here. Add some darker instrumentation, pump up the rock elements, find the right staging and it might just qualify.

Luis: Finally Moldova! A song worth listening more than once! Vozniuc and Vio bring a dark and powerful song. It builds perfectly to a strong chorus which could work wonders live. “Don’t Lie” may not be the most original song ever, but at least it’s something different to which we’ve heard on Eurovision. Vio killed it with his rendition of “Radioactive” in his audition for The Voice of Romania, and his song for Moldova has some reminiscences of Imagine Dragons’ hit. I can’t wait to see this performed on a big stage.

Patrick: As we know with Moldova, they will send this to Eurovision, they’ll make all ears bleed and will be proud about finishing last. Let’s face it, this song is completely unqualified and unnecessary to compete in Eurovision. Give me a microphone and I will scream as much as they do and get a spot in Moldova’s Selection. I am sorry, but this is nothing I want to see on my favourite show of the year.

Jason: “Don’t Lie” is definitely one of the strongest entries in Moldova’s selection. The memorable chorus really makes this entry stand out, and if anything, I think that the authentic rock sound should be stressed even further. My only criticism is that the powerful vocals often stray into the realm of shouting, which can grow tiresome after a while. Overall though, this is a strong contender.

Before calculating the average score, the highest and lowest scores are dropped. This is to remove outliers and reduce potential bias. We have removed a low of 0 and a high of 9. 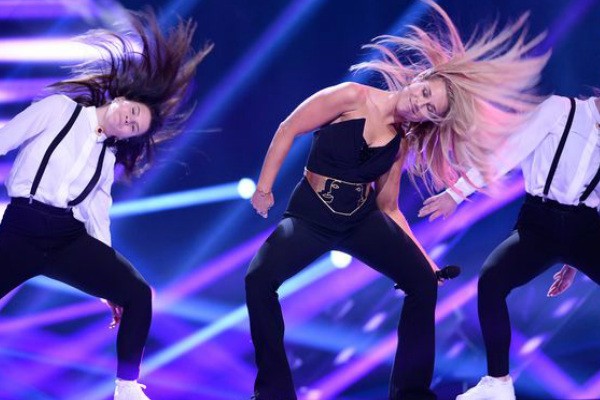 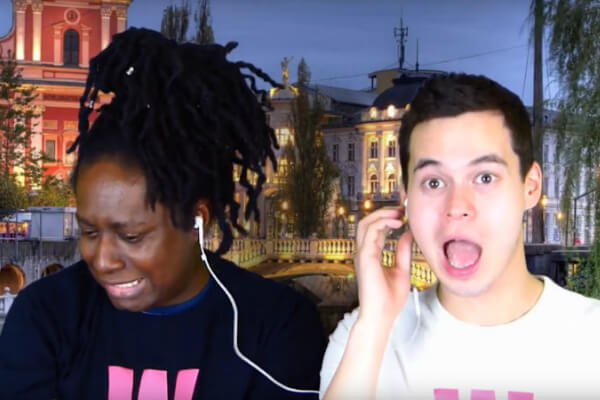 EMA 2017: We listened to Slovenia’s Semi-Final 2 snippets and filmed our reaction

This is my favourite Moldova entry this year! Rock music with posh English lyrics (like “charming smile”) – oh yes! It’s like Prince Harry is rocking out!! 😀 And those vocals on “don’t lie” are extraordinary. I know Moldova has done rock A LOT so far this century, but I still really like this song. Patrick’s review makes me want to sit him down at a piano and demonstrate to him how this song works – it actually has a very powerful harmonic structure; definitely not worth a “zero” score! It’s at least a 7/10. Without the rock element, this… Read more »

What!? Is this Patrick the same cute guy who does videos from Malta? He just got nasty. 😮