Wiwi Jury, our in-house panel of music unprofessionals, is in Chisinau, reviewing the songs from Moldova’s national selection O melodie pentru Europa 2017. Next up is the collaboration between the Ukrainian/German Mary Marks and the Moldovan Andrei Stefanet, styled as Marks & Stefanet, with their song “Join Us in the Rain”. Will it make us join them or reach for cover instead?  Let’s find out!

Marks & Stefanet – “Join Us in the Rain”

Marks & Stefanet – “Join Us in the Rain” reviews

Anthony: I wouldn’t be surprised if anyone else other than myself misread their name as Marks & Spencer. Then the song title sounds like a cross between Eurovision 2014’s #JoinUs with Ruth Lorenzo’s entry. The duo delivered a fantastic audition performance and they clearly have the chemistry between them. Unfortunately, the song itself isn’t doing any wonders to me.

Antranig: “Join Us in the Rain” sounds like the background music that would be played in a video game, in that one really long never-ending level. Marks & Stefanet work well together, particularly in the studio version, giving the song an injection of energy. They are two competent singers but the song is just really weak. I’m not going to suggest a revamp — let’s be blunt, they need a new song.

Luis: Doesn’t this song sound like an institutional advert? Moldova shouldn’t send this to Kyiv, but they can keep it as the theme music for when they join the European Union or something. It could also have been Moldova’s entry for Eurovision 2000, with all the other ‘welcome new millennium’ songs. Marks & Stefanet harmonise well, but there’s little more to say about the song.

Patrick: They tried to make a high-quality song with a memorable chorus and good vocal parts – but it doesn’t work. The vocals aren’t that bad and the duo certainly have stage presence. I like them a lot when they are performing. However, the song itself is nothing special and certainly nothing we would need in Eurovision. Still, it’s one of the better songs in Moldova. Bless them.

Jason: “Join Us in the Rain” is quite dull. To me it sounds like a rejected theme song for an old TV show, which is not good. Marks and Stefanet’s voices do not work very well together either, and the whole affair turns into one big shouty mess. The studio version is markedly better, but Eurovision relies on live vocals. In my opinion, Moldova can do better.

Before calculating the average score, the highest and lowest scores are dropped. This is to remove outliers and reduce potential bias. We have removed a low of 2.5 and a high of 6. Ukraine: Wiwi Jury reviews Illaria with “Thank You for My Way” 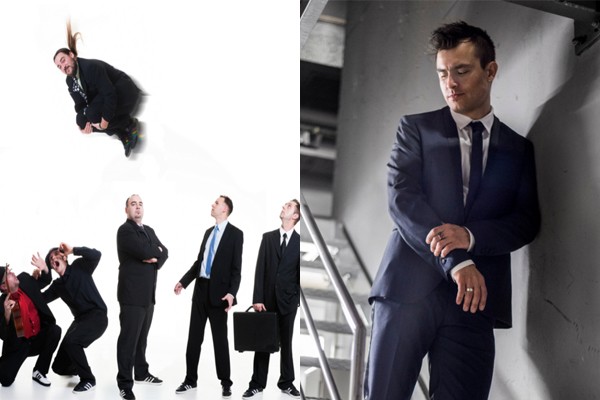 Ralph Siegel’s at it again! This song is very catchy and has a nice feel-good sound. Yes it sounds like it could be a TV show theme, but I don’t find that necessarily a bad thing.

I want to thank them for entering, but they can leave now.

I’m surprised that nobody of the jurors wasted a word about the composer: it’s Ralph Siegel! The guy who was responsible for the German victory in 1982 (and many other successful German entries) and for the San Marinese entries 2012 to 2015. Anyhow, I also don’t want this song to win the NF. Mr. Siegel really should consider retiring.