During the week, the Wiwi Jury — our in-house panel of music unprofessionals — has been reviewing the eight acts competing in the final of EMA 2017 — Slovenia’s national selection process for Eurovision.

Our journey in Slovenia may have come to an end, but before we head over to Friday night’s grand final, we bring the curtain down on our EMA 2017 Wiwi Jury with the other two finalists from the second semi-final, Tim Kores with “Open Fire” and Nuška Drašcek with “Flower in the Snow”. Did they leave us burning with desire, or were we left out in the cold? Read on to find out what we think!

Zakaria: It seems that Tim Kores isn’t singing the right type of music. In other words, this song is not made for him but he still gives it everything. The result is actually satisfying but he’s worth much better than this. “Open Fire” is something we can hear in any Nordic national selection and in general they fail to make any major impact. It’s just another generic pop-rock song.

Deban: A middle-of-the-road radio entry served in a rock anthem style, “Open Fire” is as safe as it gets. Although Tim Kores serves this bland offering well, he offers no surprises. The Eurovision national selection season is awash with submissions – good, bad and ugly. “Open Fire” is none of those. It is just average and totally unmemorable.

Anthony: Performing at EMA is nothing new to Tim Kores, so he delivered when it really mattered. The firey staging looks impressive and should Tim win EMA 2017, I hope he translates it to Kyiv along with his stage presence. With the combined efforts from songwriters Jeff Lewis and Drew Lawrence, Tim Kores has ended up with a rather safe, catchy pop-rock song. Luis: This song sounds like an entry that would finish fifth in a Melodifestivalen semifinal. The song is not bad at all, but it’s a bit tiring. It starts well, but there’s not really a progress here, and the beat ends being annoying. It’s well produced, yes, but there’s little more to save from this entry.

Antranig: “Open Fire” is a very standard pop song with rock elements. Therein lies the problem — it’s very safe and doesn’t push any boundaries musically or in any aspect of the performance. Some minor enunciation issues could also be quite problematic if this gets to Eurovision. It’s very enjoyable for three minutes but it’s just not good enough to win.

Robyn: I really like Tim Kores, but damn, he just can’t nail his live performances. “Open Fire” is such a great pop song (and the studio version is amazing), but Tim really seems to be struggling with his live vocals. It seems too fast for him and slightly outside the range he can comfortably sing in. So not this year — but if he can find the right track we’ll surely see him again.

“Flower in the Snow” reviews

Antony: This song starts off a bit flat however elevates in the chorus and can be a bit cliche within parts of the song. What makes the song better, is Nuska’s voice which is very strong and gives the song the ‘spark’ it needs.

Kristin: This was not my cup of tea. Her vocals were really shaky, and the song took forever to start, and once it did, nothing really happened. That flower in the snow will not make it through the winter. Its lifeless from start to finish.

Natalie: Being overly dramatic has worked for Slovenia in the past, so there’s no shame for them taking the same tactic again. It would help probably if the lyrics made a bit more sense, no one has ever jumpstarted a flower, but everything works well for Nuška here. And those who love a good dose of self-assured drama and blazing instrumentation will find a lot to like here. Anthony: Songwriter Pele Loriano will be hoping for better luck than he did for Switzerland at Eurovision 2010. Nuška’s got the vocals for it, but the song needs to be more refined and maybe a bit more oomph. As she moves on to the chorus, it ends up sounding like a dodgy version of “Skyfall”. Nuška’s no Adele and belting out “like a flow-wah!” might not be everyone’s cup of tea.

Deban: Simply put, “Flower In The Snow” is boring. Nuška Drašcek may look like a star but her shouty delivery requires fine-tuning. Repeated jumpstarts won’t fix a faulty vehicle. Sometimes, you just need to ditch the ride and drive a new one.

William: Her blackbird earrings are incredibly distracting, and she seems to keep the metaphor going with her black dress. Thankfully the chorus of the song takes flight, helping me look past the visuals. Lyrically I’m not feeling this — a flower in the snow isn’t that compelling of an image — but when she hits the big notes she really hits them. Slightly dated and throwback, but at least there’s a soul. 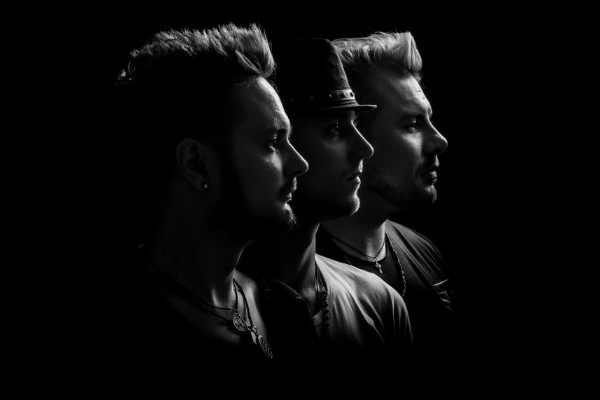 Thanks for the good writeup. It in reality was once a entertainment account it. Glance complicated to more delivered agreeable from you! However, how can we be in contact?

Flower in the Snow is a great song, that’s why many people associate it with Skyfall. However, the two songs are very different, no resemblance there at all, you just have to listen to both and compare.

Your jury got it all wrong regarding Flower in the Snow!

1) They haven’t understood the lyrics, which are very uplifting, showing a way out when you feel down and battered…

2) You’do better listen to Skyfall before you compare the two songs. There’should hardly any resembles! Flower in the Snow is very upbeat.

3) Nuška’s voice is great, her interpretation is superb and peach perfect!

A full package and amazing!

Tim Kores is really sexy. His song is retro rock. I’m a bit surprised by the harsh reviews to be honest.

@SomeSlovenian does she even know how to sing in english? She is already bad with Slovenian…

Jamala song 1944 has a very strong start and puts all message in the beginning. This is my opinion : start the song with the message in english and after that, do anything.

When strangers are coming…
They come to your house,
They kill you all
and say,
We’re not guilty
not guilty.

Where is your mind?
Humanity cries.
You think you are gods.
But everyone dies.
Don’t swallow my soul.
Our souls

Y’all sleeping on Flower In The Snow! I think BQL will win but she’ll definitely be up there if she kills the performance tomorrow.

I don’t know why but I just love Flower in the Snow. The build up is amazing as is her voice. And it has just a hint of poetry with the title. Love to play it loud and singalong with it. 9/10.

@SomeSlovenian – ”would Jamala win if we wouldn’t know what is she singing about? ” – Well, I bet not even 1% of voters could understand the chorus, but they picked-up the emotion. If one is interested in lyrics, they have lyrics online, google translate or other options. Not everything needs to be served on a silver platter like to toddlers.

”Polegend Godgarina” would Jamala win if we wouldn’t know what is she singing about? NO!

@ SomeSlovenian – she will sing in English if she wins EMA? That song is a borefest already in Slovene, and the only thing making it interesting is the language.

Harsh votes for Slayage in the Snow. It’s a very unpredictable song with a memorable rhythm and great vocals. Plus, her stage presence makes it even better. Tim Kores, as you pointed out, has a very generic song, but it’s good. Still, the performance is a Heroes ripoff and we all know how the copies of previous winners tend to flop at the contest.

Tim’s eyes got me hypnotized 🙂