Wiwi Jury, our in-house panel of music unprofessionals, is in Chisinau and is busy reviewing the songs from Moldova’s national selection O melodie pentru Europa 2017. We continue with Sunstroke Project, the Eurovision legends who are returning to the contest with the song “Hey Mamma”. Is it a worthy contender for Moldova’s ticket to Kyiv or will it make us want to “Run Away”? Let’s find out!

William: “Mamma mamma don’t be so down” is one of the best phrases of this year’s selection season. Probing the most complicated of relationships, the lead singer seeks approval from his disapproving mother-in-law, who seems to cast a very long shadow over his love life. Thankfully his mom can be proud he’s brought one of the few remotely current songs to Moldova’s selection. I would never download this, but I’d happily listen to it in an animated film about tropical animals or while sipping cocktails in Ibiza. Everything is relative, and in Moldova this really shines.

Bogdan: Probably the most ambitious production in this year’s national selection, “Hey Mamma” marks the best comeback of Sunstroke Project since 2010. While I didn’t really enjoy the song at first listen, it’s a grower. It’s still not my favourite Moldovan song this year (that honour goes to “Discover Moldova”), but I wouldn’t mind it if this wins O melodie pentru Europa 2017.

Chris: This is arguably one of the “better” options for Moldova, which is slightly worrying. “Hey Mamma” is not a patch on their 2010 effort, but Sunstroke Project at least don’t embarrass themselves here. The staging in the actual semi-final and onward will no doubt be stronger. The sax is played out, but at least it’s an enjoyable break and, to give them credit, does lift the song a little.

Robyn: The pop drop is proving difficult for potential Eurovision songs — just what do you do on stage during the long instrumental breaks? Sunstroke Project has discovered the solution: you send in Epic Sax Guy. It requires a bit of imagination with just the singer performing at the audition, but this should come together nicely at the semi-final.

Deban: Sunstroke Project have refused to take the hint. Their continuous appearances at televised shows asserts them further as a one-trick pony. The middle-eight saxophone moment in “Hey Mamma” is as dated as their back catalogue. Should this win O melodie pentru Europa? Moldova, please choose carefully. 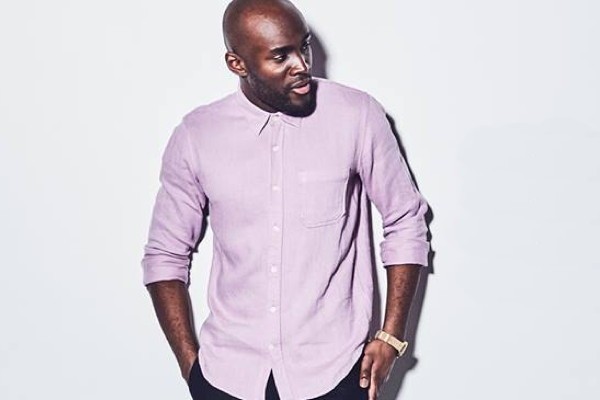 who was the girl with the tattoo ? what’s her name

I do personally like this, but unfortunately Deban is right (again). This belongs back in the 80s and 90s. Moldova needs to choose carefully if it wants to qualify this year.

Thanks god they are favorite here,cause the favorite doesn’t win by wiwibloggs :)))))

A strong, very solidly 2017 hit. Maybe Sunstroke Project sticks to some key elements (sax solos, electronic bets) but this is no “Run Away” 2.0. They have updated their sound, and this would be a solid entry from Moldova. I imagine they would create a fairly dynamic stage show as well.

William : ”the most complicated of relationships, the lead singer seeks approval from his disapproving mother-in-law”

If this goes to Kyiv, it could become the “If I Were Sorry” of 2017 in terms of airplay.

The fact that they became a worldwide source of mockery doesn’t make them a good entry. This was a joke back in 2010, they barely cleared the semi-final (placed 10th) and they ended up 22nd (out of 25 acts) in the final. I fail to see what has changed today…

My favourite song in this years Moldovan national selection.

Love it.
I think it is even better than Runaway and Sergei’s vocals have improved so much. I feel the sax solo fits in with the song better and the production is much higher-quality. Back to the final for Moldova?

This is the best choice for Moldavia alongside ‘Don’t lie’, but the rating is overrated. This song won’t outstand among the other 42, 7.67 is too much.

I’m sorry for Moldova that is seen as a weak country. It is just a country that shows everything, everybody that applied, while other countries hide the weak acts and show as only what is polished in their selection.
SunStroke Project is great, I hope will win ESC 2017.

This HAS to win!!! Its the only song that can get moldova back in the final! I can imagine how amazing this would be on stage between 40 ballads in kiev!!!

This is such a good song, for the country’s standards. It stands out.

if this doesn’t represent moldova this year it will probably go on and win ogae second chance contest.

Sergey-The Epic Sax Guy was officially named best dancer in ESC history.
Who does not want to see him dance again ?
And the rest of the group can come too.

Why does Deban hate fun?

No doubt, that that’s the best choice for Moldova besides that “Discover Moldova” song. I’m just concerned that the voting in Moldova could be messed up just because it’s Moldova.