Romania is back in the contest for good and they are in it to stay! The Wiwi Jury – our in-house panel of music un-professionals – had listened to and reviewed all 15 songs in Selectia Nationala 2017. This time we will review Zanga with “Doua sticle”, Maxim with “Adu-ti aminte” and Eduard Santa with “Wild Child”. Do we think any of them can get Romania on top of the scoreboard? Read on to find out!

Jason: “Doua Sticle” is odd and disjointed. The link between the visual and performance aspect and the mish-mashed track is not obvious at all. Zanga seems like a good performer and makes this entry just about bearable, and if I could watch her but keep the track on mute, then perhaps “Doua Sticle” would appeal to me more. But that’s not how a song contest works, unfortunately.

Kristin: I don’t understand a thing, and that’s not because this is in Romanian. There is definitely some kind of message there. Tempting to say it has something to do with the empowerment of women, and how they refuse to be seen as some dolls? Zanga’s performance is quite theatrical, and she is the main attraction. The song itself is neither here nor there. Heavy on the piano. Easy on the build-up. Too easy. It gets boring. Everything that is interesting here, comes from Zanga. She’s cool. I like her.

Natalie: This song has style and class. It’s a strange concoction at first listen, but after a while all the elements really make sense. It all gives a very strong and memorable listen-to. I do feel like Zanga’s delivery could be a bit stronger, and maybe more could be done with the instrumentation, but I really like how this came together and wouldn’t mind hearing a few more songs like this at Eurovision.

Robyn: Zanga has a striking visual presence, but her song is nowhere near as memorable. It’s nice, she sings it well, but it just lacks any personality. I have a suspicion that this might make more of an impact at the semi-final. But even still, the song at the heart of the performance is so bland.

Zakaria: “Doua Sticle” leaves me divided. On one hand, it has some interesting ’90s rock elements and a nice hook in the chorus. On the other hand, it is very forgettable. But what is undeniable is how a great performer Zanga is. She is the true highlight of this performance.

Angus: The audition performance of this song was wooden and for a boyband there was a noticeable lack of harmonies. The choice to sing in Romanian pays off, as does the song’s quality, but the boys need to lose the microphone stands and start enjoying themselves for this to really take off.

Antranig: “Adu-ti aminte” starts off slow and has me brainstorming synonyms of boring within seconds. Then the chorus hits and I am amazed at how much life comes into this song. It quickly becomes one of the best songs in Romania with a catchy hook and great traditional instrumentation. This doesn’t seem to have much production behind it but it just works.

Jason: Maxim have almost no chemistry, but hey, they sing well and their song is actually pretty good. “Adu-ti aminte” was the first song in the Romanian selection that I could actually bear to listen to all the way through, greatly helped by the traditional sounds of the chorus. Stage presence can be worked on, so I am quietly hopeful.

Robyn: For a boyband, Maxim seem strangely awkward. They’re like an X Factor group put together and given 24 hours to become a cohesive boyband. But most importantly, “Adu-ti aminte” doesn’t have the sort of appeal that would reach an audience beyond the “fans of cute Romanian boybands” demographic.

Zakaria: Vocally, the harmonies were great but onstage there was zero harmony and chemistry between the boys. It seemed like they were in a hurry to finish their song. The song is quite interesting though, it’s not something you’d expect from a boyband nowadays. It is somewhat catchy, especially in the chorus, so I wouldn’t mind listening to it again… but not on the Eurovision stage.

Jason: Wow. I am lost for words. “Wild Child” is definitely one of the worst songs I have ever heard, like ever. The awful lyrics, the horrible hodgepodge of genres, Eduard’s sinister and grating vocals … it’s just one big nightmare. I can’t even.

Jovana: I feel like Eduard wanted to make sure he had a hit, so he put everything into this song – and actually made a huge mess. Mixing different genres can often be prosperous, but only if done with skill and with an actual logical sense. That folk element is just completely unnecessary. My conclusion is that, unfortunately, in spite of all his effort, Eduard’s “Wild Child” is not nearly as wild as Ace Wilder’s.

Luis: The point of projecting the voice as Eduard does is to sound like a gravelly voiced rock singer. But what he gets is closer to Zdob si Zdub. Alas, he’s not singing a crazy ethno song, but what intends to be a rock (?) song. My ears need some rest after this.

Robyn: Oh, Eduard! Rocks are easily breakable. Where do you think gravel comes from? Or sand, for that matter? But lyrical quibbles aside, there’s not much to like here. I’m all for spirited performances, but “Wild Child” just comes across as barely melodic yelling.

Zakaria: “Wild Child” is an insult to rock music. The lyrics, the singing, the rhythm, the staging… everything about is awful. This kind of entry makes me question if the singer listens carefully after recording the song.

Before calculating the average score, the highest and lowest scores are dropped. This is to remove outliers and reduce potential bias. We have removed a low of 0 and a high of 5.5.

“As I Lay Me Down” lyrics/text – Wiktoria (Melodifestivalen 2017) 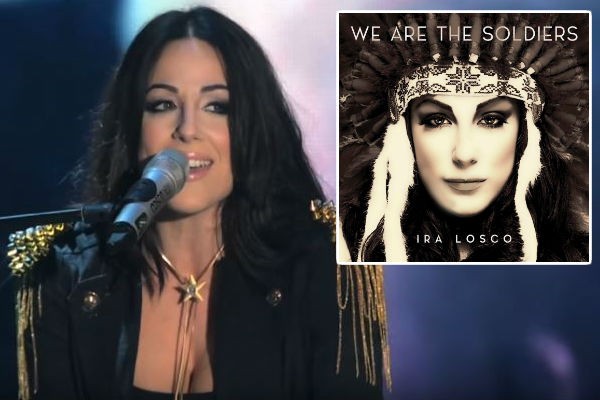 ICYMI: Ira Losco debuts “We Are The Soldiers” at Malta Eurovision Song Contest 2017

‘Doua Sticle’ It is a likeable entry, the combination between piano and rock rythms works really well here. It lacks a little to be a strong one, but her staging is increasing its final rating. Score: 7 ‘Adu-ti Aminte’ It doesn’t sound bad at all, it just lacks power. And of course, so far the staging practically didn’t exist. Maybe a little too commercial either, the ‘nai’ being the only thing that really is capting attraction. Score: 5.5 ‘Wild Child’ It combines so many genres and it sounds that good. It’s not for everybody, so not too many will agree.… Read more »

Wow! That juries scores for Eduard… man, if you can’t get the music, just abstain, please! His song is one of the most originals in the competition and for who get it is absolutely fabulous. Not to point that it would get more points in Kyiv than any other Romanian entry, maybe except 3 or 4 other songs. Are this objective or subjective reviews, cause for Eduard I didn’t find any objective statement, everybody pointed that it didn’t like it.

Well I think that it’s pretty obvious which “Wild Child” is the better one (Ace’s one of course).

Maxim look like they were forced to sing this song at a karaoke bar. The song itself is not that bad, but PLEASE get rid of the pan flute.

A little bit of polishing here and there in terms of staging and choreography and you’ll have a strong contender worthy to be selected as Romania’s entry.

“Adu-Ti Amante” is surprisingly a good song on itself but it needs to be elevated by a singers who can really execute it well.

I am gald we can agree with ”Wild Child” lol The song is awful.