Romania is back at Eurovision for good and they are in it to stay! The Wiwi Jury – our in-house panel of music un-professionals – has been listening to and reviewing all 15 songs in Selectia Nationala 2017. As we near the semi-final, we will now review M I H A I with “I Won’t Surrender”, Alexandra Craescu with “Hope” and Xandra with “Walk On By”. Do we think any of them can get Romania on top of the scoreboard? Read on to find out!

Jason: “I Won’t Surrender” has a nice noughties Eurovision ballad feel. After an initial struggle with the track, M I H A I showed that he can cope pretty well with the massive vocals. The main issue here is that a standard ballad is not going to win the trophy for Romania. M I H A I earned one of Romania’s best placings, but he will not better that with this offering.

Josh: There’s two issues here. Firstly, this isn’t the best that M I H A I has sounded. It’s unclear if there were audio issues in Romania or if they even had decent audio equipment to begin with, but he sounded really flat compared to his Eurovision 2006 entries or even other songs he’s submitted to the Romanian selection. Secondly, why is M I H A I singing a dated power ballad? His talents are better than this. Nice try, but better luck next time.

Natalie: Here’s a nice slice of dramatic Eurovision music. M I H A I croons out a war cry which – let’s be honest – he’s probably taking a lot more seriously than everyone else. There’s little to fault on the choral backing and it undoubtedly has a punch to it and has the usual Romanian flair that will make it memorable on the Eurovision stage, but honestly I do feel the over-the-top announcements of “I Won’t Surrender” seriously take away from the quality of this song.

Robyn: M I H A I is easy to write off when he goes and releases disturbingly weird Christmas songs. But he has a really decent voice and when paired with the right song he can really shine. “I Won’t Surrender” is an old fashioned power ballad, which will have some fans. It’s not the ticket to the Eurovision victory that M I H A I craves, but it at least deserves a shot in the national final.

Zakaria: “I Won’t Surrender” could have contended for the win ten years ago. It’s a typically formatted Eurovision ballad, with quiet verses, a nice chorus and a big ending. Nothing about it is original but M I H A I delivers it brilliantly. It would be a very safe choice for Romania, should it go to Kyiv.

Antranig: “Hope” lulls you into a daydream for a while but it will end up putting you to sleep by the end of it. Alexandra is a great singer and she does an impeccable job of trying to draw substance and emotion out of the song. Unfortunately she hasn’t been given a lot to work with in terms of the song. I would like to see Alexandra try again with something a bit more appropriate.

Jason: Alexandra’s voice is wasted on this sappy mess, which is a huge pity. The  uninspiring lyrics are laughable, and it would actually be embarrassing for Romania if this were chosen. Alexandra should try again next time with a better song.

Kristin: Three minutes of my life have been wasted. This is so sugary sweet that my teeth are hurting here. The check list for rejected Disney ballads has been filled, and “Hope” is on top of that list. And poor Alexandra does nothing to make this even remotely listenable. Everything about this is corny. What a yawn fest. Nope. I’m out.

Robyn: I was going to call this a Disney ballad, but the ballads from recent Disney films are so much better than this. There will be some people who love it for all its charms, but I just find it so tired. There’s nothing about the song or the performance that draws me in. Listening to it is a chore.

Zakaria: This song is like a very, very cheap version of an old Disney song. Alexandra is a good vocalist but that doesn’t help elevating this weak entry. She also seems very detached from it and doesn’t believe herself what she’s singing.

Before calculating the average score, the highest and lowest scores are dropped. This is to remove outliers and reduce potential bias. We have removed a low of 2 and a high of 5.5.

“Walk On By” reviews

Angus: All the elements should fit here. Big song, big voice, big soul. And yet… the whole thing limps along for three minutes and after that it’s forgotten. Xandra has charisma in spades, but her considerable vocal talent and energies get lost after the 1:30 mark.

Jason: Xandra is serving voice with a side of sass, and it is delicious. “Walk On By” is a modern soul ballad with shades of ’90s R&B, and it gives Xandra plenty of room to show off her vocal skills. With a bit of polish, “Walk On By” could really shine.

Luis: This woman can sing! Sadly her song is a bit too much middle of the road. She has a great stage presence and throws the right amount of sass into the performance, which makes this a bit more interesting. “Walk On By”, as much as it’s enjoyable, is not really memorable and falls a bit flat.

Robyn: I love the bluesy feeling of “Walk On By” and Xandra puts so much soul into it. This is one of those songs that I really need to see live with the full staging to really get an idea of how it will work. Because at the moment, it doesn’t feel strong enough.

Zakaria: Definitely the dark horse of this selection, “Walk on By” is the one to watch after “Yodel It”. This is not a typical ballad and Xandra delivers it flawlessly and with so much attitude. I have a feeling though that Xandra have so much in store and only gave us a little taste of what she is capable of doing. A little tweak could help elevate this song. 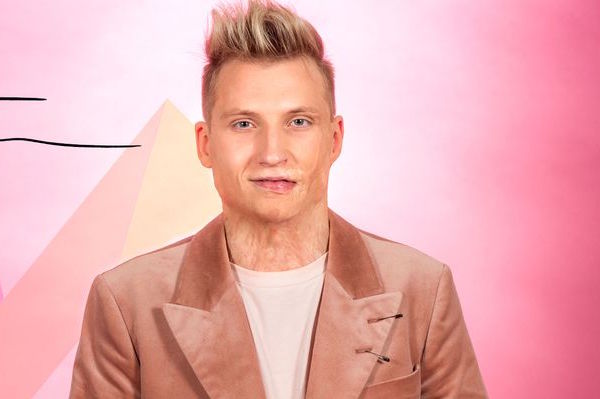 Mihai is the very best of Romania and we have seen since he last sung for his country. Come on guy’s he has a killer voice, this would be an obvious choice for Romania. He would deliver a stellar performance. A worthy and respectful offering this year. The song “I Won’t Surrender” really suits his story so far , his persistence to compete and overcoming disappointment. I feel it would sit nicely within the other female ballads and uptempo songs in Kiev. Mihai’s voice really elevates this song and i feel it makes it more current and relevant within our… Read more »

I absolutely love MIHAI’s song, even though I’m not a fan of him per se. The last 30 seconds of vocal gymnastics are sensational and even if the pre-semis his vocals were excellent.

I never thought I’d say this – but I want mihai to win. God knows he’s wants it!

MIHAI is the best choice for Romania, but it seems that his rival is a rap song, ”Yodel it”. If MIHAI song is dated (is not), I wonder what wiwi jury will say about the rap. Maybe will say that ”it fits in this song” like was said about ”Origo”. I’m tired of the word ”dated”.

Mihai does ballad better than those already selected by other countries going to Eurovision. Impressive range, beautifully-constructed song and guaranteed live performance. Would get Romania into the final if it was selected.

LOL. The Wiwi Jury never takes themselves seriously, and they keep having to remind us of this fact that they are “UNprofessionals” and not “PROfessionals.” The whole point of a musical Jury at competition level is to be professional; this coming from an ex-Jury member (not for Eurovision), but anyhow it’s their blog and their decision. Respect y’all.

Mihai I would have given a higher mark because I love that he’s singing such a dramatic ballad that sounds like an end credits film song – it’s actually quite effective, and his vocals are still stunning even if not perfect.

I feel the Wiwi jury scores have been very inconsistent and so has been the grouping of Jurors.

Xandra over 6? Really? I know the competition is low, but this song is average at best. Super forgettable. Some far superior songs from better NFs received lower scores. Hypnotised, for example, is a billion times superior song to Walk on by. I agree that Hope is a bland song, but Walk on by is only maybe slightly better.