After taking a year of silence, Romania is back in the contest for good, with the semi-final taking place tomorrow evening. Over the past few days, the Wiwi Jury – our in-house panel of music un-professionals – listened to and reviewed all 15 songs in Selectia Nationala 2017. Finally take a look at D-lema with “Adventure”, Ilinca ft Alex Florea with “Yodel It” and Tavi Colen & Emma with “We Own the Night”. Do we think any of them can get Romania on top of the scoreboard? Read on to find out!

Antranig: I’m not sure if D-lema are taking me on a worldwide vacation or a geography class but either way, sign me up. I adore their passion, enthusiasm and message and yes, it’s not going to win Eurovision but that’s not what it tries to do. Everyone could use a little piece of this song in their lives. Life is an adventure and I’m ready to join D-lema on theirs.

Jason: “Adventure” sounds like an unfinished demo for an old Romanian tourism advert. I can see the cute and the quirky in this entry but I am just not feeling it. There are plenty of better choices this year for Romania, who should be aiming to impress after the debacle last year. Bonus point for mentioning Irish whiskey though.

Kristin: They really are enjoying themselves, and that is definitely catching my attention. The song itself is fun and joyful, and the lyrics, as well as the vocals are exactly on point. Life is an adventure, y’all! Some might say this song is dated, and maybe it is. But that doesn’t have to mean that it’s bad. A little throwback to the past can be a delight, especially if its a happy happy joy joy tune like “Adventure”. This gets a thumbs up from me.

Robyn: This is so much fun. I love the lyrics and how it captures a feeling of European wanderlust. Though I’m intrigued by the lyric “Everywhere I go, I’m a stranger” — no plans to make friends along the way? But it does feel a bit old fashioned, like from a Eurovision last decade. And that’s its weakest point. Cute and quirky can only go so far.

Zakaria: When I thought we had our fair share of geography in Eurovision this year, D-lema is here to prove me wrong. I don’t dislike this one but it’s so inoffensive and ordinary. D-lema are not taking any risk with their entry. It’s still fun and catchy at some extent plus watching the band having fun with it is very heartwarming.

Angus: You have to assume that the songwriters were extremely high on a hill when they wrote this yo-da-le-la-lame mutant rap track. The middle-eight shows what potential these two have, but it’s squandered on a gimmick that devalues the entire song.

Jason: After the surprise of the initial yodel (which shouldn’t be that surprising in a song called “Yodel It!”), I fell in love with this entry. The mixture of rap and yodelling actually works really well. “Yodel It” would stand out in Kyiv, that’s for sure! Ilinca and Alex Florea have wonderful chemistry on stage and it really elevates this entry. Keep an eye on this one.

Jovana: I am completely torn when it comes to this entry. On one hand, it is one of those outrageous songs that I love seeing on Eurovision stage. But on the other hand, musically, I don’t like it at all – I could even say I hate it. However, it definitely could provide a great show. I can actually see this winning Selectia Nationala.

Robyn: Look, if Switzerland are sending a Romanian band this year, why shouldn’t Romania send a yodeller in return? “Yodel It!” is surprisingly good and even manages to hit some good emotional cues. Ilinca and Alex have great on-stage chemistry and never feel like just “the rapper and the yodeller”. I’d be happy with this in Kyiv.

Zakaria: It’s so different, daring and striking . Whether you love it or hate it, you just cannot stand still while listening to it. This is the real strength of the song and exactly what is needed for Eurovision: daring to be different. I must admit that after the first listen, I burst into laughter and thought it was a joke but after few hours I found myself yodelling. Also, there is great chemistry between the two which opens a lot of possibilities for stage presentation. Choose wisely, Romania!

“We Own the Night” reviews

Jason: Sorry guys, you definitely don’t own the night. This ballad/dance crossover is seriously dated, and to make it worse, Tavi and Emma’s voices do not work well together. Their over-the-top performance seems super forced (and a bit embarrassing). Overall, this is not good.

Josh: Absolutely cringeworthy. This song would have slayed at Eurovision 2002 in Tallinn, but fast-forward 15 years and “We Own the Night” sounds so overwhelmingly dated that I truly can’t help but cringe. Sometimes you can take musical elements from past decades and modernise it. There ain’t nothing modern about this.

Luis: Let me break it to you, guys. You don’t own the night. Neither this stage, neither the song. This act is just disposable. I had to listen to it three times because I couldn’t even remember it two minutes after it had finished, and I had to write about it. It’s old fashioned, bland and forgettable. Next!

Robyn: With a title like “We Own the Night”, I was expecting something really edgy and cool. But this is pretty much the total opposite. It sounds like a generic ballad from the 1990s, the sort that would maybe reach No.47 in the singles chart before disappearing forever. There’s nothing about this song that compels me to listen again.

Zakaria: This is such a throwback song that I almost thought I was listening to it from an old cassette tape. The singers are trying really hard to sell the song — too hard, actually. It results in some weird dance moves that just turn me off. “We Own the Night” isn’t bad actually. It’s just so dated and inappropriate for 2017. Aninia on Melodifestivalen 2017: “Jon Henrik and I have a shared heart in music” 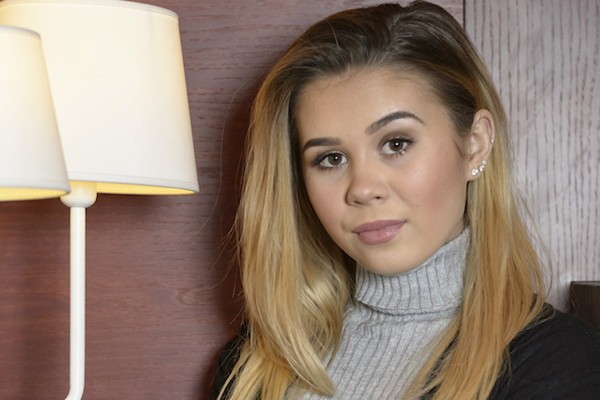 Melfest Andra Chansen: Wiwi Jury reviews Lisa Ajax with “I Don’t Give A”

Again, ‘Yodel It’ critics are Mihai’s fans. I can’t understand that desperation, man, take the truth, Mihai doesn’t have a great song this year. Simple as that.

Not a fan of any of these…the “Yodel It” song is overrated IMO, especially because of that rap part. Hope the tele-voters in Romania will vote for “Petale”– a very modern, catchy, beautiful Romanian ballad duet (yes, I know we’ve many of those already, but…). Even the WiWi Jury places it a very close to second! 😀

Kyiv will be yodelling in May!

Yodel it is awful, I simply can’t understand what is so great for this song that many like it. I’m from Romania but if this will be voted (in the Final only televote decides the winner) then I wish from my heart we’ll stay in the semifinal… 🙁 MIHAI is the best, he’s voice is sublime and the song is a masterpiece, while Yodel it is a big fat sh*t….

Yodel It needs to win, it’s so Romania and it has more hit potential than any Melfest song. But I can see why some hate it.

D’oh!! Colin being harsh! Maybe we’ll get a cure for diabetes after all.

Haha the bridge in the yodel one is so funny- she says something like ‘if you’re down in a hole and feeling sh!t just yodel’ (she legit says sh!t) XD I hope it wins it will totally cut through all the ballads

Yodel it! for Kyiv. I love this song!

We Own the Night is totally overrated. I know it’s a low score, but this is one of those songs that are painfully bad. The two singers are shouting at each other, have no harmony at all and her English is completely unintelligeable. It gets 0.5/10 from me. Yodel It is one of the better Romanian entries this year, but I an still torn about it. Definitely, there is a lot of effort put in it, but still there is too much going on in that song: yoddling, singing, rapping… just too much at the same time! They do look… Read more »