He is the (hot) artist who won the Israeli national selection The Next Star for Eurovision 2017 earlier this month. And on Sunday Imri Ziv and his team announced that his song will be called “I Feel Alive”.

Imri will present the song during a special broadcast on IBA on Thursday March 9 at 20:00 CET.

Following Imri’s victory on “The Next Star for Eurovision 2017”, IBA convened a special committee with members of the IBA, Keshet Broadcasting and the IPBC. They received dozens of songs from a wide array of songwriters but ultimately went with “I Feel Alive”. Apparently it was giving them life.

The song comes from Israeli songwriters Dolev Ram and Penn Hazut, who have previously worked with some of Israel’s most prominent artists, including Sarit Hadad, Eyal Golan, Eden Ben Zaken and Noa Kirel. Their music leans young and fresh, and frequently includes Oriental / Mizrachi touches, making them danceable and uplifting. But they are not one-trick ponies. They also have some strong ballads in their back catalogue.

You can listen to a series of their songs below. Do any of them sound like something we could hear from Imri?

The rumour mill is churning hard and suggesting that we can expect an up-tempo song. That will, no doubt, make his number a refreshing change of pace given the sea of female ballads he’ll likely be up against.

Regardless of the style and genre, Imri will be able to draw on his vast Eurovision experience: He served as a backing vocalist for the Israeli artists Nadav Guedj and Hovi Star in 2015 and 2016.

If you need a reminder of Imri’s abilities and strengths, here is a short recap of his performances during the Israeli selection this year.

Israel had a tough start to the past decade at Eurovision: Between 2011 and 2014 the country failed to qualify for the final.

But it experienced something of a revolution in 2015 when Nadav Guedj took Israel back to the final — a feat Hovi Star replicated the following year.

The pressure is now on Imri to make it three in a row to qualify.

???Awww… So sweet. That moment when you realize you have won and you're going to Eurovision! ? That's Imri Ziv from #Israel at the moment that his contender didn't manage to get a higher score than his and he won the national final of #thenextstarisrael Good luck dear Imri ? #imriziv #Eurovision #esc #esc2017 #kyiv #thenextstar #winner #excitment #tears @imriziv

Are you looking forward to hearing “I Feel Alive”? What are your expectations? Tell us in the comments below or via our app! 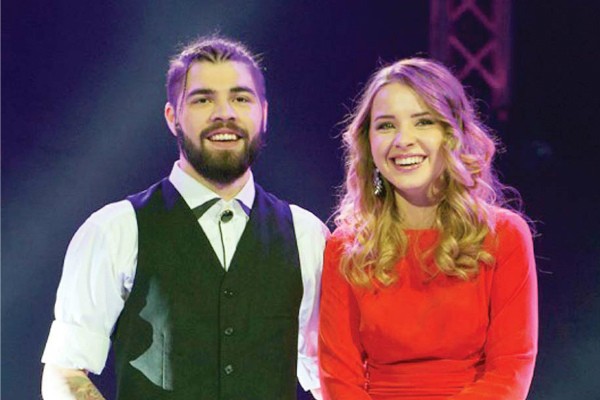 Eden Ben Zaken is everything!

I hear a 1:40 min of the song it’s winner written all over it

I love Israel songs, looking forward to hear the song!

Israel usually send something quite good. Can’t wait to hear the song.

Everytime I see his face all I can see is Lee Ryan from Blue.

That guy is SO handsome. Tbh, he might as well just stand on stage and keep silent during 3 minutes, I’d still be satisfied by that performance, haha! 😀

Let it be an up-tempo song, please!!
Looking forward to the song!

You’re so right, Sublatti! I hope this all will flutter in with a hook after last year dead revamp of Hovi’s song.

@roberta what do you mean? Closet? Whats the point?

Praying for an uptempo song!!!!

I really want a song like Malkot Hashonim(?)! It’s such a good song!

I hope for an uptempo song indeed. Would be great.

Hopefully he’ll come with a banger!

if it is a ballad i’m going to explode

Is he in the closet?

I love those songs listed above. Hopefully Imri has one similar and as catchy! <3