Zdravo, Serbia! It’s been oh-so-quiet from the Balkan state as to who will sing for them at Eurovision 2017. We’ve had rumours for weeks, but now we finally know that Tijana Bogicevic will represent the nation in Kyiv. RTS confirmed the US-based singer’s participation earlier this evening, but have yet to confirm Tijana’s song.

You can check out one of Tijana’s performances from the show Tri boje zvuka below. She really gets into the music and seems effervescent and vocally sound.

Tijana has previous Eurovision experience, having served as Nina’s backing singer for “Caroban” in 2011. It’s considered “invaluable” experience according to RTS, which may have helped sway things in Tijana’s favour.

In the past, Tijana competed at Beovizija 2009, the Serbian selection process that year. She only placed 17th in the semi-final, unfortunately, but RTS clearly have seen something in her for some time.

It seems that there were a couple of people in the know as to Tijana’s participation, as well.

Tijana has been recording in Bulgaria, which also offers some hints as to the song. RTS have announced that the team behind the (as yet unnamed) song includes Borislav Milanov and Bo Persson. They’re part of the team behind Poli Genova’s “If Love Was a Crime” — a good track record to go from straight away!

This marks the second year in a row Serbia has gone for an internal selection. Last year, Sanja Vucic finished 18th in the final with “Goodbye (Shelter)”. Will Tijana be able to keep Serbia’s run of qualifications going since their return in 2015?

What do you think about Serbia’s choice for Eurovision 2017? Shout out all your thoughts about Tijana on the wiwibloggs app, or in the comments section below! 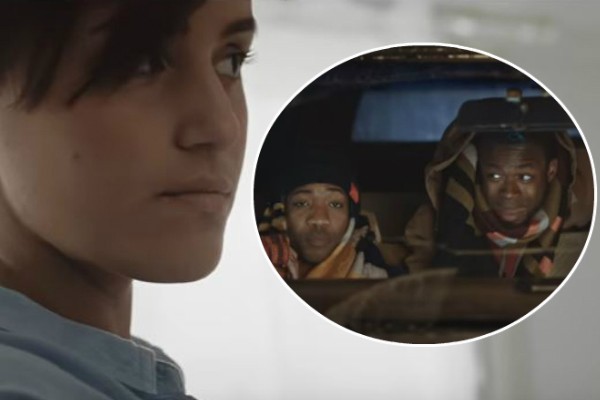 Finland: Eurovision 2016’s Sandhja recruits rappers Gracias and Ekow for “We Go On” Serbia should pay attention to artists, not only songs. Instead of sending a star (Milica Pavlovic), or a cute guy (Sasa Kovacevic), or young talents (Sara Jo) or gay diva (Indira Radic), or a worldclass superstar (Jelena Karleusa), we somehow tend to send faceless people with charisma of a cucumber. And only when I think who could have been sent instead of Sanja or Bojana, I think we were already so lucky.

@blondboybc, Let that be someone else for a change 🙂

Let me guess, another song in English written by….Swedes. I agree with Polegend…Serbia does so much better in it’s own language and style, not some cut and paste generic pop or pop ballads imported from Scandinavia. Serbia, we IMPLORE you: dare to be original, unique and genuine!

You always say good things about western countries, and you are full of hate about eastern countries.
That screams RUSSIAN TROLL that wants to start a fight west-east.

so many balkan divas
lindita and jana bursecka and tijana 2.0 and slavko

I for one thinks it sounds promising. Perhaps not the strongest choice but talented enough to earn points

Serbian would be nice. Something like what Nina sang would also be welcome this year!

It was really time for Serbia to have a guy singer. It has been nothing but female singers, in both Eurovision and Junior Eurovision, since 2013.
Serbia is going more and more generic, from English language to now Swedish mercenary composers. Plus RTS seems to recycle the same in-house background singers a lot, and now a former back-up will be the singer.

im excited. shes a sexy girl so i hope they give her an upbeat sexy song.
In that 2009 video she looks super nervous and amateur but in the video before (which is presumably later) – she looks way more confident.

shes already been to eurovision so she should feel more comfortable and hopefully bring a confident vivacious performance.

Why the hate ? People are just so nasty ! Yeah she’s a girl so ? Many years we have had majority male singers and now we have female the fans are pissed ? Grow up! I like Serbia she was amazing last year ! Loved them in 2013 ! Sadly the staging and outfits messed them up but likes wait for the song ! People weren’t like this when Montenegro Ireland or Austria chose the act !

Oh and btw, I hope her song will be pop-rock, she really shines in that genre

I just can’t wait for the song to be revealed just to shut these haters’ mouths 😀
I guess I’m in minority of Balkan when I say that I’ve heard of her, which is unfortunate, because her songs are freaking great 😀 .And Tijana is awesome as well, I’m so happy she’s representing Serbia. And please, let her sing in Serbian!

I hope she sings a ballad…….*insert evil laugh*

I love Serbia and I expect really good stuff!
I usually prefer their songs to be in Sebian, such a beautiful language! (big fan of songs in native countries here). But I don’t mind English if the song is good.
Looking forward!

I think it’s awesome that someone who sings good is representing Serbia. But it all depends on the song.. Still, it gives platform to someone who isn’t famous. So, I support this choice. Now, we await the song.

gosh, why are you so tough and negative on Tijana and Serbia? The girl sings nice and the team behind it is promissing. Lets hear the song first and then comment.

Spread your arms to abandoned people,
’cause each person, has a special destiny,
Let the white flags wave across the world,
Peace always wins, I know it’ll be better,

Half of sadness stays in me, half stays in you,
TBC.

Theses are literal translations, but wait a little bit more.

Hmm, she’s anon singer in Serbia.
However, I think she’ll perform well.. her vocal range is somewhere like Elhaida Dani’s + she’s working with team that worked on “Rise like a phoenix” and “Love is a Crime”, so we can expect something nice.
Be sure to check her other stuff.. and she’s def. not performing on Serbian.

Next girl with swedish song! Oh my gosh I want to find out new european music and interesting projects from every country like Triana Park. These soloists are every same, plus with swedish songs. Celebrate generic pop!

@Frau Von Storch, you are pathetic little person full of hate. I feel sorry for you.

But seriously now, where does RTS finds this wannabe singers? She doesn’t have the looks, charisma and her voice is nothing special… I wish her good luck, but for now, I’m not crazy about her…

As a Hungarian living in Serbia, I’ve never heard of her. Meh, hopefully the song is good.

Also @nn = @PP . Both have the same horrible English grammar with barely intelligible sentences, and the most annoying thing ever, the use of “wili” instead of “will”. How is this multiple profile thing even allowed?

Bad choice. Tijana is not for Eurovision and esc stage.

Swedish composers?????? Why serbia why??? you used to be one of the most original countries in eurovision!!! :((((

Frau Von Storch’s prediction on how well Serbia will do = officially WRONG!

O M G ! She is amaizing!
I am from Serbia and i love her!

She is not so much popular here, but i heard for her!

We are in finals! I love her songwritting crew love them ???? and as i saw to the songs for now we are maybe having potencial winner!

I hope they enter with a song in Serbian. We have seen through the years how much Europe loves this country and culture, and she looks like she knows how to serve in her native language.