Last night, the great and the good of Hollywood gathered in Los Angeles for the 2017 Academy Awards. And everything was going fine until it was time for the final — and most prestigious — award of the night to be handed out.

Faye Dunaway and Warren Beatty excitedly announced La La Land as the winner of the Best Picture Oscar. The film’s cast and crew took to the stage in celebration, but their joy was short-lived. The Oscar was actually supposed to go to Moonlight. Awkward!

When it comes to Eurovision, we’ve witnessed plenty of similarly awkward moments from the results sections of shows, with plenty of hosts suddenly having to improvise their way out of a sticky situation. Here are nine of the best.

On 12 January, Eurofans across the world watched as Catalan singer Manel Navarro — the jury winner — narrowly defeated Aranjuez-born starlet Mirela — the televote winner — in the final of Spain’s Objetivo Eurovisión 2017. At the end of the show — as the host called on the three-person jury to break the deadlock between the two stars — the tension was palpable.

And while the result of any nail-biter usually brings relief for the eventual winner, this was not any nail-biter. Instead of applause and endless congratulations, Manel found himself in the awkward position of having to reprise his entry “Do It For Your Lover” before a clearly disgruntled audience, many of whom had booed the jurors for awarding Manel top marks just moments earlier. It was clear to Eurofans everywhere — in the studio and watching online — that the Eurodrama had gone nuclear. The fact that the jury — rather than the public vote — broke the tie was a cause of concern to many. As you’ll recall, in 2014 the tie between Ruth Lorenzo and Brequette was broken by the public.

But that wasn’t the only point of contention. Fans were also up in arms over an alleged friendship between Manel and judge Xavi Martinez, the evidence of which has been cited on Twitter. Eurodrama and then some! (Luis)

“And the winner is…. Cyndi/Scooch!” The final of Making Your Mind Up was between Scooch’s innuendo-laden pop song “Flying the Flag”, and Cyndi’s emotional ballad “I’ll Leave My Heart”. Presenters Terry Wogan and Fearne Cotton announced the winner simultaneously, but each said a different name, and Terry’s microphone was louder. Fearne had it right, and was left to straighten out the awkward moment.

Nationaal Songfestival 2010 involved five artists each performing their version of the song “Ik ben verliefd (Sha-la-lie)” by Pierre Kartner. Two of the jury members voted for Sieneke’s version, while the two other voted for Loekz. This left the public vote to act as a tie-breaker, but the public favoured a third artist, Vinzzent. In the end, Kartner was left to break the tie. He initially wanted to toss a coin, but this was not allowed, so he finally chose Sieneke.

Going into Poland’s first national final since 2011, the fan favourite was Margaret and her scorching hot track “Cool Me Down”. The buzz and expectations of “Cool Me Down” was so intense that Poland became the bookies’ favourite to win in Stockholm. But it wasn’t to be. At the grand final, the first place went to X Factor alum Michal Szpak with his ballad “Color of Your Life”. And while there wasn’t any major drama in the studio, Poland’s odds plunged and the fandom went into meltdown. Margaret and Edyta Gorniak’s post-result faces speak louder than a million Eurofans.

Basically me for the next month #EURO2016 pic.twitter.com/4XTo4pc9LF

Many tears, petitions and social media rants ensued. But ultimately, the result remained unchanged and Michal went to Stockholm. Melodifestivalen normally runs like clockwork, but in 2011 things didn’t quite go as planned. Host Marie Serneholt was given the wrong name and announced semi-final one act Le Kid as still being in the competition instead of having been eliminated. But things turned out alright for Le Kid member Anton Hård af Segerstad, who as a co-writer of “Heroes” later helped Sweden win Eurovision.

Standing in the Hamburg rain, Lena delivered Germany’s scores, confidently giving Norway 10 points. But host Petra Mede knew something was wrong, and soon so did Lena: those 10 points were meant to go to Denmark. Lena was flustered, but carried on like a trouper.

It had all been going so smoothly. The Voice winner Andreas Kümmert and his song “Heart of Stone” had won Unser Song für Österreich with a landslide 78.7% of the public vote. Except, as Andreas shockingly announced, he didn’t want to go to Eurovision. Host Barbara Schöneberger had to think quickly, and runner-up Ann Sophie was declared the winner.

Samanta Tina had entered two songs in Supernova. Her first – and arguably strongest – “We Live For Love” had missed out on qualifying for the final but her second song, the quirky “The Love is Forever”, made it to the semi-final. But after her performance at the semi, Samanta announced live on the show that she would be withdrawing from the competition. She felt that she did not have the best song and thought that Justs should win with his song “Heartbeat” – which he went on to do.

2015: Italy –  The wrong finalist is announced for Junior Eurovision Things can even go wrong with Junior Eurovision. At Italy’s Ti lascio una canzone JESC national final, the two super finalists were announced — Chiara & Martina Scarpari, and Emanuele Bertelli. But there’d been a mistake. The sisters were actually up against Giovanni Sutera Sardo, leading to the sad moment when Emanuele learned he hadn’t made it after all. This wasn’t the last of the drama. The final between the Scarpari sisters and Giovanni had to be held again after technical issues meant the original vote was invalid.

Read more of our Eurovision lists. 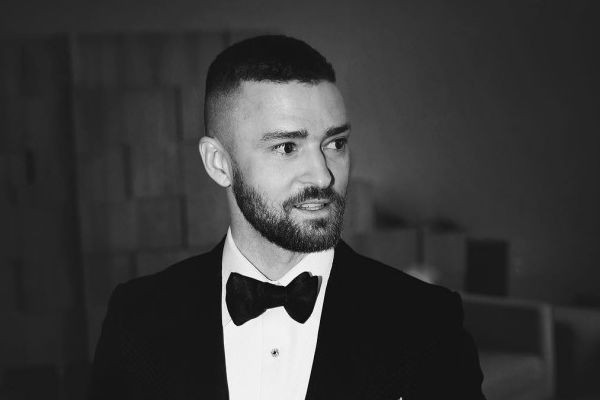 I missed 1963, when errouneously the last jury gave two votes to Switzerland instead Denmark.

@CookyMonzta: Thanks. I totally agree about Cyndi and the UK in 2007. Part of me thinks that maybe Sir Terry Wogan deliberately tried to fix the result, because deep down he actually cared about the UK in Eurovision. (It’s possible.) About Spain: Again, totally agreed. Even though I have been on a music jury before (not Eurovision), I agree that for a TV show it’s better to have the audience decide a tie – otherwise there would be no point of having a televised competition at all. (Spain could more easily have internally selected.) Even worse is that I’m probably… Read more »

Purple Mask: After a string of mediocre or atrocious outcomes leading up to 2007 (starting with Jemini’s goose-egg in 2003 and ending with Daz Sampson’s 19th-place finish in 2006), Cyndi (aka Cherie in the U.S. in 2004) most likely would have brought the U.K. back into the top 10 with “I’ll Leave My Heart”.

I would think perhaps the Cyndi/Scooch mixup, and the outcome for Scooch at the ESC, sealed the deal for the rest of Europe to no longer take the U.K. as seriously as they did before 2000.

I didn’t have the chance to watch the Oscars as in my country it was 3.30 in the morning. But I saw it the next day (videos on youtube and staff) and I was shocked! That was a moment to remember! Nevertheless, it can happen on live television. The exciting part was that it was the last category (the best came at the end). I do have to say I really liked Jimmy Kimmel as host! He did a great job! And how he handled the akward situation with the announcement of the wrong winner! Well played! As for the… Read more »

I remember the UK 2007 debacle.
Terry Wogan booming through the microphone: “And the winner is… CINDY!!”
My reaction: Yeeeeeyyyy!!
Fearne Cotton: “NO! It’s Scooch! It’s SCOOCH!!”
My reaction: Whaaaat? That can’t be right!! 🙁

Netherlands 2010 was A BIG disgrace but hey look at how profesionally the Dutch broadcaster is dealing with Eurovision now! The bad days are gone…when will BBC and TVE?

Sweden should have won foreign movie. “A man called Ove” is better than The Salesman.

Great article.
The Andreas Kümmert incident is still the best.

Austrian Ari Netherlands had similar situation in 1982 . When one male singe, one female singer and one group sing all 3 song. Then juries of 7 people decide whis song is best first 4 member vote for Jij en ik , other 3 for and song Pierement did nt get any vote. Public in hall wanted to won song Fantasie eiland and they are boo to members juries, when they saw that Jj en in get first 4 vote of 7 juries members and Fansties eiland did n t have chance to won. Then regional juries decide who are… Read more »

Margaret not winning the Polish selection last year was EURODRAMA!

i’m pretty sure we will these kinds of moments in one form or another come may 2017.

Those photos of Margaret and Edyta Górniak are ICONIC. The one where they’re hugging in despair (which wasn’t included) remains the best.

The Netherlands 2010 was the best worst national final by far! It was so insane, it was as Eurovision-like as it could get. You let Pierre Kartner write a horribly dated song that would have been dated in any given period of time, then basically pick up five random people from the street, who each have to sang their own even crappier version of the same already crappy song. Then you select four jurors to make the decision. And give the audience in the hall mainly consisting of friends of the candidates I’m guessing an extra vote because televoting would… Read more »

That Dutch tiebreak was cruel, and amazing.

@Music is the key
The cheesy song whose team members paid the jury and did not do it for anyone won in Spain.Your comment is full of oxymorons.

Wiktoria not winning was hilarious. it was so funny to see all these childish drama queens moan and whine that their slaaaaaying queeeen yaaaaas didn’t go through

imagine starting a PETITION because of that, how pathetic.

@ Music is the key

Totally agree with you, Spain was saved from itself (to quote Wiktoria from Sweden).

I am forever glad the Spanish final this year ended the way it did. A great modern pop song, instead of some cheesy Swedish manufactured fluff.

Come on, he was super in love with Ann Sophie, and when he realized that the only thing that stood between Her and Eurovision was himself, he decided to withdraw. This is the most romantic thing I have ever saw. Why nobody can see that this was a romantic gesture ????