She’s the effervescent pop star that sang it away for Finland at Eurovision 2016. And earlier in February, Sandhja let her bubbly personality shine through once again as she released “We Go On”.

In collaboration with rappers Gracias and Ekow, she continues to ride the soul-pop wave of her Eurovision hit and its follow-up single “Love Me High”.

Like her previous efforts, “We Go On” espouses a feel-good self-empowerment mantra. “Seeing is believing, I can feel it, I believe it is my time” Sandhja’s digitally distorted vocals sing.

The message continues throughout, as in between the rap verses, she chimes in with lines like “the sun is on my side, I’m going all in” and “it’s written in the skies above”.

You could be forgiven for thinking that you’re listening to a series of inspirational quotes put to music.

Despite the clichéd feel to the lyrics, it’s clear that the song means a lot to Sandhja. Writing on Instagram, she explains that it’s dedicated to a recently deceased friend.

Good morning, peeps! ? Glad to announce that I have NEW MUSIC coming for you guys! ??? . My new single is called "We go on" and it is dedicated to my big sis @hannanda, who passed away in the Oakland ghostfire last December! As the title hints, it's about moving forward, being grateful and reaching for your dreams despite life's bullshits ? . "We go on" out on the 10th of February in Spotify and iTunes, check it out and let me know what you think?? ? . #sandhja #singer #songwriter #newmusic #newsingle #single #wegoon #tribute #empowered #soul #blues #funk

My new single is called “We go on” and it is dedicated to my big sis @hannanda, who passed away in the Oakland ghostfire last December! As the title hints, it’s about moving forward, being grateful and reaching for your dreams despite life’s bullsh*ts.

Maybe it’s because of this tragic backstory that “We Go On” lacks any truly sing-along moments. And admirable as the message is, the track ultimately falls flat. Neither the urban flavouring nor the flourish of brass are able to take it to the same heights as her past glories.

The video is similarly tame. We see the trio lounge about a pristine apartment taken straight out of a catalogue. They later cruise about in an old car. Exciting this isn’t.

Finland’s best result at Eurovision was a decade ago, when Lordi won with “Hard Rock Hallelujah”.

Since then, the Nordic nation hasn’t fared so well, with only Softengine coming close to the top ten. Their rock anthem “Something Better” finished 11th in 2014, the last time the country qualified for the final.

Last year, Sandhja and “Sing It Away” failed to qualify for the grand final, finishing 15th in semi-final one.

Finnish broadcaster YLE will hope Norma John — the winners of a revamped UMK 2017 — can get the country back on track in Kyiv.

What do you think of Sandhja’s “We Go On”? Are y’all feeling the positive vibes? Let us know in the comments below or react using the wiwibloggs app. It’s official! Tijana Bogicevic will sing for Serbia at Eurovision 2017 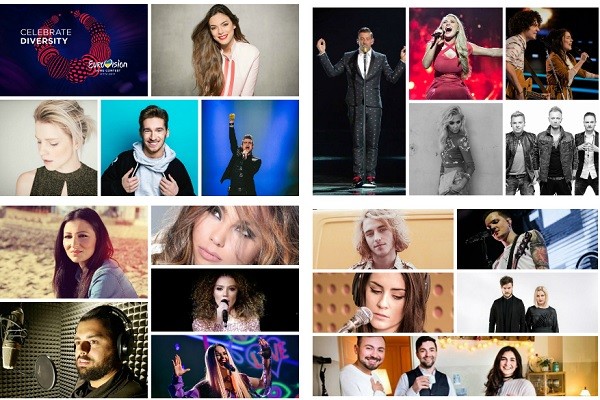 I have always liked Sandhja’s tone in her voice, her laid back RnB style is really appealing to me. This is a good collaboration. Thumbs up from me!

Omg I love it. She was one of my favs last year and I was so sad when she didn’t qualify. I think that outfit had a lot to do with it 🙁 poor thing was sabotaged!