In recent days a flurry of countries have chosen their songs and artists for the Eurovision Song Contest in Kyiv. Many more countries — including Cyprus, Croatia and the Netherlands — have set dates to reveal their Eurovision 2017 songs.

Yet one country that’s remained tight-lipped and shrouded in secrecy also happens to be one of the most talked-about every year: Russia.

The radio silence has left some fans worrying what’s going on. Last year Russia confirmed that Sergey Lazarev would represent Russia on December 11. His music video was released on March 5.  But not to worry: His predecessor, Polina Gagarina, was confirmed as the 2015 representative on March 9 and we got to hear the song less than a week later on March 15. In both instances Russia revealed their actual songs in March — so well after the time of writing this article.

There has been plenty of speculation to keep Eurovision fans guessing.

Back in November  rumours swirled that Nargiz may sing for Russia in Kyiv, which was followed by the fake confirmation that Alexander Panayotov had secured the gig. Then came more speculation following the announcement of the Russian shortlist. It included Alexander, ex-Serebro member Elena Temnikova, Soprano Turetskogo, Nyusha and Darya Antoyuk.

And today the source life.ru has revealed that Darya, the winner of the latest edition of The Voice of Russia, is the favourite to sing at Eurovision. Life.ru claims that Channel One has given preference to 21-year-old, but official sources say that there won’t be any comments before the final decision is made.

Daria won the fifth season of the series, cementing her place in the minds of millions. She is currently studying at one of the main universities devoted to theatre in Moscow, so would no doubt bring the drama to Kyiv.

Back in February she confirmed that the shortlist mentioned above is official and said she was happy to be a part of it. During a press conference held for participants of The Voice, she said that officials were choosing a suitable song and that the representative would be revealed later in the month. Writing on her Instagram page at the time, she also asked her fans to get behind her and to vote for her as a favourite on various web sites. Youth does not curtail ambition.

But since then Darya has been on The Voice tour and hasn’t made any further statements. So we’re all left guessing about the status of things.

Who do you want to represent Russia in Kyiv? Can you live with Darya? Let us know in the comments box below! 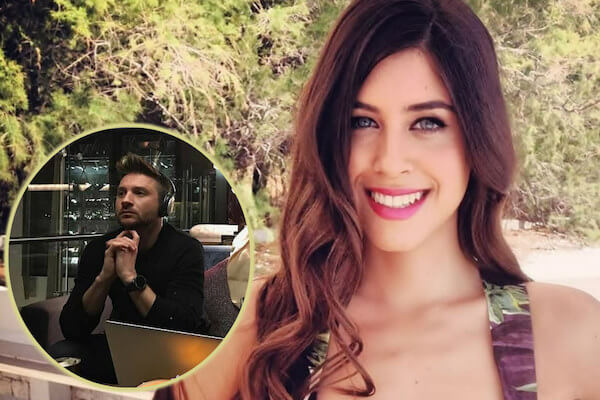 Sorry for off-topic: San Marino is really running out of time now. We should have an update on them soon, or assume they are pulling out.
Russia’s singer seems good to me. I hope she sings a good song.

I believe Channel One has made up its mind and they just create a suspense around the entry!
I hope it won’t be another ballad though.

The submission deadline is in less than two weeks. Don’t you think that Channel One has already chosen the artist (and song) and is just keeping it a secret? If they were still debating over the candidate they’d probably get in a hurry.

I’m still hoping for Aleksandr, his voice is amazing

@Harut I’d love to hear duduk again, as well as something rooted to slavic or minorities from Russia, but I’m not sure about that having presence of Kirkorov…

Inbound ballad about world peace coming soon!!!!!
Song will be slated from Day One, yet will come Top 5 on the night…and lose to a social/political issue song intended to annoy Putin. Let me see, we’ve done gay rights in 2014, the Ukraine crisis in 2016 :/ …maybe this years winning song will just blatantly come out with it and say “We hate Russian Politics, make us win to annoy them” …sounds catchy.

Well, it doesn’t matter if she has a Ukrainian surname or not. But if she is going to sing about peace, watch her being booed.

Is she from immigrants that only have voted for Jamala in Russia, as it was stated in comments some time ago?

I love how she sing. Try to look at her rendition of Queen’s Somebody To Love.

@polegend: there are many ukrainians living in russia. why would that create a mess?

Omg Antonyuk is a Ukrainian last name. If Russia sends her it’ll be a mess, a kii and a cackle!

I’m still hoping this shortlist is fake as well and send Nargiz!

Now what about San Marino?