It’s been five days since Loreen premiered “Statements” at the last semi-final of Melodifestivalen 2017 and everyone is still talking about it. The other-worldly sound, the art house performance, the haunting visuals — all of that is being discussed, but also the fact that Loreen is going to Andra Chansen. One person who has not spoke up, however, is Loreen herself. That ends now. In an extended interview with wiwibloggs, the Swedish artist touches on all these issues and much more, showing her tender side and kind spirit.

“Statements” is easily the most talked about song and performance of Melodifestivalen 2017. Our Wiwi Jury gave it an overall score of 8.37, placing it at the top of the rankings, at least for now. It’s created such a buzz that we simply had to sit down with Loreen in Stockholm, and our man Kevin Lee was more than ready.

The Eurovision 2012 winner was gracious enough to share what she felt when she didn’t make it direkt til final, the meaning of “Statements”, her new album and even her bisexuality. And to finish it off on a lighter note, she agreed to play karaoke tag with Kevin in a restaurant full of people. She’s a woman of our own heart.

How does she feel about going to Andra Chansen?

I don’t want people to misunderstand my reaction. Standing there, I was [facing] not only my own fear. All the other artists around me are so afraid at that point, about what is going to happen — Am I worth something? Why am I doing this?…Looking at the other creators, I was thinking, “My God, they’re putting us through hell right now!” Seeing me stand there might have been perceived that I was disappointed. I actually thought that I would go out. With this performance being so specific and with the song being very different, I was just hoping to get another chance to sing it. I’m not doing this to win. I’ve already done that. I’m doing this for another reason.”

What does “Statements” mean to her?

I have been told that people will never understand this. I was, like, why do you have such a low opinion of people, like they’re stupid? I don’t think they’re stupid, I think they’re effing smart. I’m out there playing at my shows and I can tell. I’m one of them. It’s just a question of knowing what to do. We have this situation with the establishment and everyone is afraid. We wonder if anyone here is strong enough to give us some hope. So I think that if you have the guts and an opportunity, why not use it especially now to spread hope and power?

What about her new album?

The sound on this album is going to be a bit different. It became that somehow. It’s very Woodstock inspired, very low-fi. Why? Because of the whole situation in the world. It will be a completely new chapter, with a very specific focus on the human, the human values, what I feel is important today. I didn’t plan it to be this way, it became that.

On coming out as bisexual.

It’s such a boring thing to label people. Love is such an amazing thing, it’s so big and powerful. Sex is just a little part of it. If you need to label it, fine, but do I label myself? No. I like men, I like women. I like everybody. [laughs]

Loreen will face off against Anton Hagman in the fourth and last duel of Andra Chansen this Saturday.

What do you think about our interview with Loreen? And what about her chances to eventually advance to the Melfest final with “Statements”? Last but not least, how would you rate Loreen’s karaoke performance of “Beauty and the Beast” at the end of our interview? Let us know in the comment section! 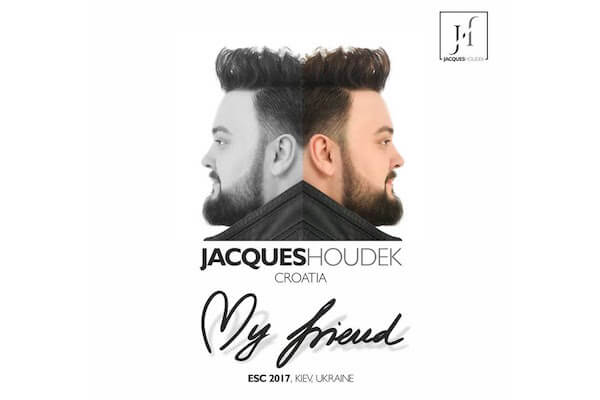 if “statements” doesn’t win swedish televotes that’s ok but i hope the international juries will show how wrong they are.

The used reference to three apes clearly opposes the wish of those who wants ‘no more drama’ and easy-fun winner. Sweet and important interview to get into. But as the song is too loaded at few points , I don’t see it passing through with a landslide. Good luck to her.

That song is hands down, the best song on Melodifestivalen. It should definitely win. People saying it’s unnerving and want happy songs. I’m sorry but this is pure art, better than those average basic extra pop songs. People need to understand that this is a song contest, and so far it has it all – the originality, the passion, the singer. It just needs people to fully understand it, because it is complex.

Keeping my fingers crossed that she tightens the performance and Sweden responds well to her. Love the song and will be a Swede this year if she wins MF.

I believe that Loreen’s perfomance is the best in this melodifestivalen, but her song, even thow i really like it, is too different for the contest. Personally, i would like this to win alongside robin or nano, even thow i think that wiktoria will make it.

She is a great singer. She is a great performer. BUT her song is not working. It’s too all over the place, it’s messy and attacking. It makes me feel anxiety and depressed. I don’t like songs like that. People in Sweden, please vote for Anton and his feel-good song. #SPREADtheJOY

@melodioccidentali: … and you forgot to add “Don’t vote for her so that my sweet adorable Italian gorilla can win this whole thing …”

@(J)ESC Fanatic – Loreen has to beat Anton and Axel has to beat Lisa. Personally, I’d prefer to have Road Trip in the finals, but the other song is so catchy too, so I’d get the other result too. I am completely unbiased in the fourth duel.

If Anton beats her, I’m done with Sweden. We don’t need a third crime after Dinah and Alice being left in the Semis.

I adore Loreen and for her, for me, and for Eurovision, I want this to win Melfest and Eurovision, HOWEVER I’m Irish and to be honest Ireland may never win Eurovision ever again, so I do not want Sweden to win Eurovision again and equal Irelands record 7 wins. As this is the only song in Melfest that can threaten to win, I’m OK with the fact that Swedes either don’t get the magnificence of this song and performance or just don’t want it to represent them. The Path is pretty clear so far for a much deserved Italian win,… Read more »

oh look, the stereotypes are infecting the comments

My Queen Loreen being one of the true artists…. it’s not about the money or the fame it’s just about the music and the impression it leaves on people. How many mainstream artists can honestly say that? There’s a reason she’s my favorite artist ever!!! Her music touches me and makes me super happy and reaches me on a deep level.

@melodioccidentali – Ofcourse she wants to win, everyone does, it’s more that she doesn’t NEED to win, she just wants to reach as many people as possible with her music and her message.

She might say she doesn’t care about winning but everyone in this contest does, even if it’s not the most important thing for everyone.

To those of you complaining about her mumbling in the 4th semi final, here’s clips from the rehearsals earlier today where she very clearly articulates every single word she sings: http://www.svt.se/melodifestivalen/smygtitta-pa-bidragen-i-linkoping-andra-chansen-i-melodifestivalen-2017

Personally I don’t mind the mumbling, it’s always been her ”thing” sort of, but I really like this version too, and I suppose this is a song where you really should be able to clearly discern the lyrics (I never had a problem with that but I’m flutent in English)

So people, don’t vote for her if she doesn’t want to win. Please, fans of Wiktoria, Mariette, Nano, Robin, Ace… support Anton Hagman in Andra Chasen so your favourites has a better chance to win in the final( a final that Loreen doesn’t want to win).

Well, she says she didn’t enter to win, but of course she wants to win like everyone else who are participating. I hope she doesn’t win so we get the album asap + so Sweden can send someone new.

Yes Queen, preach to the choire!