The Wiwi Jury — our in-house panel of music unprofessionals — continues to review the songs competing in the grand final of Melodifestivalen 2017. While enjoying a glass of nubbe, we discussed Mariette‘s song “A Million Years”. Did it makes us want to wait around for her? Read on to find out! Mariette found fame on Swedish Idol in 2009, where she placed fourth. She made her Melfest debut in 2015 with “Don’t Stop Believing”, which placed third overall.

Bernardo: After watching Mariette’s performance I’m ready to wait a million years for her to to go Eurovision, but I’m sure I won’t have to wait that long. Full steam ahead, “A Million Years” channels bits from “Don’t Stop Believing”, but unexpectedly explodes as a pop banger. Mariette left the darkness, opening the window open for light to flood in. The bungee dancers are a brilliant choice of staging when associated with the slow motion cameras. This is perfection.

Edd: I found Mariette’s 2015 entry strongly underwhelming, but “A Million Years” is a strong step up from that. It’s a strong uplifting melody and, whilst the production in the chorus could be a bit more thrilling, she makes up for it in the catchy synth post-chorus. In a competition full of modern electro-pop songs, this fails to stand out to me. However, if this were coming from any country other than Sweden I’d be wetting myself about it.

William: Polished, current and undeniably Swedish, “A Million Years” rides the electro-lounge wave beautifully and, unlike so many other songs in the genre, uses digi-sounds that enhance the melody rather than distracting from it. Mariette’s powerful vocals feel delightfully light and she completely owns the wailing at the end. Yet as much as I want to love this, I only like it. “A Million Years” feels far longer than three minutes and, amid all the lightness, it somehow loses weight and drive.

Chris: There’s something just so inherently captivating about Mariette’s voice. It’s like she could make even the worst national final song interesting. “A Million Years” is also staged well. Whereas I found Mariette a little hard to connect with in 2015, she’s a star in the light here. I just wish the actual tune was slightly stronger in the chorus — Mariette outshines the song and it just lessens the whole package for me.

Jordi: This is the act I was waiting for the whole season. And she’s proved how it’s done. Everything about Mariette is just flawless, stunning. “Million Years” allow yourself to be carried away by the excitement of the song, driving you crazy. I want to dance and she radiates excitement while owing strong and sublime vocals. It feels heavenly. I wish it would last more than three minutes. What a gem!

Josh: Striking. Stirring. Powerful. Mariette’s comeback to Melodifestivalen is a strong one to say the least. “Don’t Stop Believing'” was an excellent entry in 2015, but Mariette has switched up the mood whilst staying true to her own style. The bungee dancers are an original and well-thought staging choice and the chorus has such a clever hook. I could just about listen to this for a million years. LOVE. IT.

Robyn: It’s a question that’s been troubling me for a while: what do you do with a pop drop at Eurovision? Sweden, of course, has the answer: dancers on bungee ropes. That combined with clever camera work ensures that the performance never feels empty. Mariette always has something to do. And what she does is deliver a lovely pop song that makes me wish she was my BFF.

Tobias: This is good, in fact I love it. I have not been a big fan of Mariette but this song I really like. You can tell they have put a lot of effort in creating a good staging that catches one’s interest and it works on me for sure. “A Million Years” is that kind of song that grows the more you listen to it and I think this is a top three result in the final. The only thing that’s a bit flat in the song is the end of it. Similar to Molly Sandén’s “Youniverse” last year you don’t know it has finished until you realise the artist haven’t been singing for five seconds and staring in the camera waiting for applause. 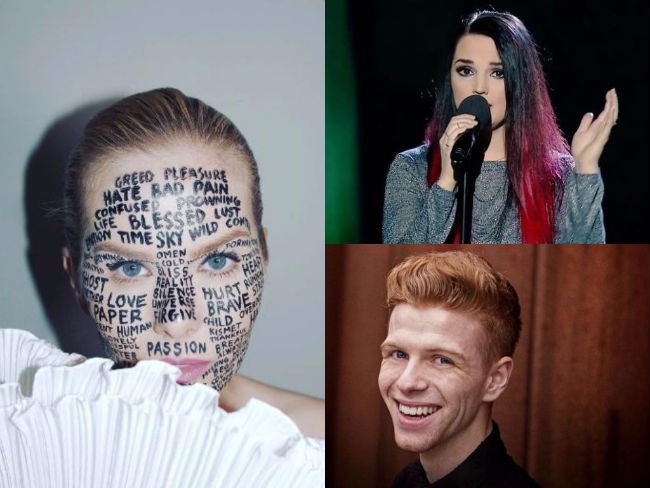 Poll results: Svala Björgvinsdóttir is your favourite to win the second semi-final of Söngvakeppnin 2017

Best song of Melodifestivalen! I can see Mariette getting the most jury points in esc, while Jon Henrik could get the highest points from the audience. However i’m ok with alot of songs winning, but this one could bring victory once again for sweden. ”A million years” will for sure appeal to alot of people. 10/10

Overrated… in the end it’s just a typical dance song, with a vocalist who deserves something better to work with.

This song is amazing!!
Just send this!
Love it!

8.27?? What a joke.. Dont Stop Believing was miles better.. this will probably finish around 5-9 in the final thanks to the international jury obviously..

For me it’s my favourite song in melfest the this year. Don’t understand the support for nano and wiktoria over this

I love Mariette and ‘Don’t Stop Believing’, but ‘A Million Years’ is worse than it. Even it has quality and a good staging it doesn’t deserved such a high score. A 7.5/10 would have been ok.

@lukewarm unfortuately it’s not, if frans can pass i don’t see it as a plagiarism

It’s not a bad track but it’s but it’s hurt by the three minute rule. It’s missing a chorus and an ending that’s not awkward

@Lukewarm
The chorus sounds the same.Yeah!!

This is just brilliant. And I LOVE the dancers.

Definitely one of the best songs in MF, I have her on number 4 after Loreen, Jon Henrik and Ace. I like it somewhat more than her last Melfest song. Not a winner, but she would probably do really well at Eurovision. Also, her hair is awesome.

She has to win! Her song is PERFECT

@Ianis – Speak for yourself, no one wants to see Sweden failing, if they have better songs they should have better results, that’s it. We shouldn’t spread this kind of hate between us, because this is not what ESC is about.

About Mariette, I think it’s good, but that’s all for me. It’s not a stand out song, that make it in every other NF but not in Mello. If it goes to Kyiv it will do great but I think Sweden has better options for the win (Jon Henrik, Loreen, Wiktoria and Robin IMO)

Who cares its a generic pop song. Its damn good and so be it. Go write better songs that can reach the Top 10 like this song would. (if sent)

@ Marc – I can see the same thing happening. Also why do the juries tend to vote for basic/impersonal stuff while the televoters go for outstanding songs? Isn’t it supposed to be the other way round lmao

I don’t think she will win, but it’s a great song anyway.

It’s a very basic mello song. Not surprise about the overrated score here.
It’s flopping in Sweden like Don’t stop believing.
This song is so melodifestivalen 2011 or so, Sweden ofc won’t vore for it. It’s generic so juries might support it.df

@Polegend
Baby baby can’t you hear
Can’t you hear me through your ears
I could win over your million peers. 🙂

Your comment is disgusting and highly fictional. Mariette has SO much charm and charisma during her performance and they could score a top 5 maybe top 3 at Eurovision with this song.

The safest song to pick this year. It is a pop song of the highest quality. Great staging, excellent production and Mariette is a reliable performer with an undeniable voice.
It will be top three in Eurovision if they sent it. The question would be if Sweden would rather gamble with potential Eurovision winners such as Loreen or Jon Henrik instead…Personally, I would pick this and dare other countries to send something better.

I simply don’t get the hype for this at all. It’s…just another generic pop song that isn’t even that memorable in first place?