Tonight Sweden will gift us with the last four finalists of Melodifestivalen 2017 via Andra Chansen — a.k.a. the second chance round — which unfolds in Linköping. The Wiwi Jury have already named their favourites, but now it’s time to find out which acts our readers want to see win their duels.

In the first duel two boybands will fight for your votes (they’ve already won your affections). Our readers think De Vet Du should win the duel with “Road Trip” over FO&O‘s “Gotta Thing About You”.

Humour group De Vet Du competed in the first semifinal of Melodifestivalen and their song has been the most viewed and the most streamed Melodifestivalen entry this year. In our poll they earned 54.27% of the 2,819 votes.

FO&O — the group formerly knows as The Fooo Conspiracy — qualified to Andra Chansen from the third semifinal. They are not too far behind, as they got 45.73% of the votes, meaning 1,289 votes in total.

In the second duel two former Swedish Idol contestants will face each other. Idol winner and Melodifestivalen 2016 finalist Lisa Ajax is our readers’ clear favourite to win this duel with almost 65% of the votes. Last year Lisa made it directly to the final with “My Heart Want Me Dead” where she placed seventh.

Axel Schylström competed in Swedish Idol in 2015 and placed fourth. He debuted at Melodifestivalen this year with “När ingen ser”. Axel got a bit over 35% of the 2,935 votes in our poll.

A returnee will face a debutant in the third duel as well. Boris René experienced Andra Chansen last year and qualified to the final over Albin & Mattias. He is our readers to favourite to qualify to the final this year with “Her Kiss”. Boris received 53.29% of the 2,845 votes casted.

Pop rock group Dismissed earned almost 47% of the votes. Their song “Hearts Align” is written by Ola Salo, the former singer of The Ark who represented Sweden in the Eurovision Song Contest 2007. The Ark split in 2011, but will their fans still back Dismissed?

Eurovision 2012 winner Loreen won the poll for the fourth duel in a landslide. She earned 85% of the votes, meaning 2,862 votes in total. After winning the contest in 2012, Loreen hasn’t done that well in the Swedish charts. But has the Swedish public fallen in love with her again following her semifinal?

The underdog in the fourth duel is Anton Hagman, an up and coming pop singer who was discovered through YouTube. He received a bit under 15% of the 3,359 votes in our poll.

Who should win Duel 1?

Who should win Duel 2?

Who should win Duel 3?

Who should win Duel 4? 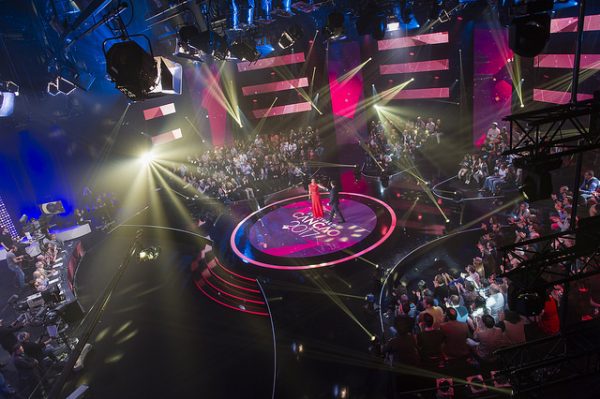 Well done for qualifying Lisa. I know you don’t give a….

But we do x

That mean lot of teenagers vote from that same app for Owe who have 87 years old .
Loreen song is good but too pretencious for all tv and many teenage viewers, and only because that, she didnt got many votes in semi and second chance.

Another robbed act in another corrupt pre selection. Eurovision 2017 is the year of the 2nd best songs from every country by the looks of things. The Melfest App is so unfair and corrupt. Most people who will have that app are teenage girls, who would obviously prefer Anton, even though Loreen’s voice, song and stage was 100 times better. All I can say is RIP Anton, he is going to get tonnes of hate over the next few days.

Alot of people wanted Loreen or Mariette to win, now there’s one choice left.
I don’t know why Boogiemanblue’s closes the final, but i remember that Hasse did the same and we know how that went.

What just happened? Really Sweden? The 1 year I decide to watch all Melfest shows, and this happens? Should have watched Eesti Laul… Ffs Statements was a guaranteed top 3. Well, I guess this is what happens when teenage girls ruin it. And Loreen probably shouldn’t have done that key change. Goddammit why did I even get my hopes up?

We all knew Loreens song was never mainstream but I am happy she created it for us. Although this just proves that I hate the App as the “Cute” acts most likely go through :/ Loreen You were amazing, can’t wait to hear your album.

Well, Anton’s gonna get a lot of hate.
I think you could tell when Christer Bjorkman was doing that mini interview he didn’t seem happy/confident which to me suggested Loreen wasn’t going to make it.
On the plus side, FO and O and Anton Hagman before and after Mariette might give her an advantage.

And Loreen is out…:(

I don’t know if people voted before the heart showed up on the screen? But I’m worried for Loreen now!

Yes sadly if the heart is anything to go by Loreen’s out.

Loreens heart never went crazy :/ I have a bad feeling that Sweden wants the D, literally with majority of the acts that made the final. I hope she can have some success now.

Can any one advise me as where to go to see all the chat tonight.

I don’t think Loreen will qualify tho, the teenage girl vote is a huge part of the voters

I saw the first two duels, but I’m back with Estonia now.
I thought FO&O improved, whereas Du Vet Du were just a bit less funny than last time.
Axel had quite a good song. Lisa is the better singer sure, but I can’t stand all that swearing!!!

If destiny decided the duels…much better. This is handpicked. No fun.