Multiple screens, the stress of countless hashtags, the threat of computers exploding — in recent weeks Eurovision fans have been working overtime to keep up with all of the national selection shows. But as Eurovision 2017 draws closer, Super Saturdays are slowly slowing down.

Tonight we still have four national selections to dig our teeth into. Lithuania, Sweden and Iceland will pick their finalists, while Estonia will name their ambassador for the Eurovision Song Contest 2017 in Kyiv.

Dreams will be crushed. Hopes will be dashed. And that’s just among Eurofans. Welcome to the Super Saturday Part IV!

Ten acts qualified from two semi-finals. And they’re all going to need to bring their A-game as they move into the significantly larger Saku Suurhall — the host venue of Eurovision 2002.

Kerli — the Estonian pop star who has previously topped the Billboard Club Songs chart in the United States — won our poll in a landslide, earning 37% of all votes. That put her well ahead of runner-up (and Eurovision 2015 singer) Elina Born. Koit Toome (another Eurovision veteran) and his duet partner Laura finished third with 17%

Watch our interview with Kerli

After an almost two-month search for the heir to Donny Montell’s throne, Eurovizijos atranka 2017 is slowly, but surely drawing to its end. Its penultimate show — the semi-final — airs tonight, with the eight remaining acts competing for six spots in the final.

The six qualifiers will be decided by a combination jury votes — which in turn will be a combination of Lithuanian and international juries — and by the audience.

Andra Chansen, aka the Second Chance round, will see the eight acts from the previous four semi-finals given a final opportunity to qualify for the final next week.

The eight acts have been divided into four duels. The winner of each duel will be determined solely by televote and proceed to Friends Arena in Stockholm for the March 11 final.

Last week Rúnar Eff, Aron Hannes and Arnar Jónsson & Rakel Pálsdóttir made the final of Söngvakeppnin 2017. Tonight six more acts will compete for the three remaining spots in the last stage of the contest. The three qualifiers will be decided by televote only.

According to our poll Svala Björgvinsdóttir, Aron Brink and Linda Hartmanns should qualify for the final.

Last week technical problems left the first three acts suffering in the sound department. That led one act to issue a formal complaint. We’re hoping RUV has managed to sort out its sound for tonight to avoid a similar debacle.

Aron Brink ???????? has us thinking of Jamaica ???????? with his @songvakeppnin song. We react to the entire selection today on https://t.co/5h8eJxEI9B! pic.twitter.com/uk8Qngniqk

Which shows will you be watching? Who are your favourites to win? And do you think Estonia has a Eurovision winner in its mix? Let us know in the comments box below! 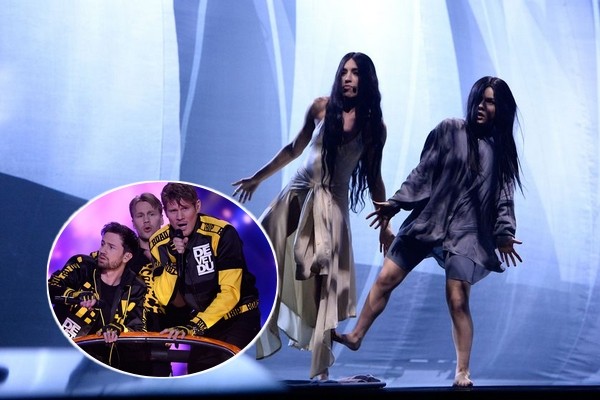 Melodifestivalen 2017: Loreen and De Vet Du top the audience poll ahead of Andra Chansen in Linköping Norway: Wiwi Jury reviews In Fusion with “Nothing Ever Knocked Us Over”

Awful stream, getting on my nerves..

Found a working alternative for Eesti Laul. Try this one: http://www.streamytv.net/etv-estonia/

No issues reported here. I’m sorry if it’s a local server issue. No alternative has been provided from Estonia yet. Really sorry. 🙁

The ERR website servers are apparently overloaded with traffic.

@Purple Mask it says : this site can’t be reached

P.S. If I find any alternative streams, I will post them here.

I think most of my attention will be on the andra chansen, but I really hope the telenovela wins Eesti Laul

If there is any common sense in this world we will never have to see Loreen ever again…(go away…like you were away in the last 5 years…!!!!)….Anton is the underdog everybody wants to see succeeding.

The article has been corrected since my previous comment. Thanks Wiwibloggs. 🙂

Omg, they’ll be dragging the Eesti Laul for so long! But I’ll watch it all anyway, I like half of the songs.

I’ll probably tune into Estonia’s NF when they reach the superfinals. My eyes are gonna be glued on Melfest AC!

@Purple Mask and Rafi Eesti Laul starts at 19.30 in timezone for Estonia. or I sure as hell hope so, cause I won invitations but I work until 18.30…

What should i watch? 4th Lithuania ( I Don’t like many of the songs that are left, i will just check on wiki if my gurl greta zazza makes it through) 3rd Iceland (Much stronger semifinal than last one, i am hoping that Aron Brink will qualify like plz, but that’s the only one i care for) 2nd Sweden (I love almost all of the songs in Andre Chansen, but i will probably just rewatch performances on youtube and check the wiki for results) 1st Estonia (Like duh it’s the final obv i am watching this, There is 3 Stand… Read more »

I think there is a timing mistake in this article. Eesti Laul was due to start earlier? (I’m just going to check, i’ll comment again after I confirm it.)