It’s a firm favourite of the Eurovision Song Contest promo circuit, drawing acts from all corners of Europe to Amsterdam. And Eurovision In Concert 2017 isn’t waiting around, with twelve acts already announced for this year’s line-up.

This morning Albania’s Lindita became the latest star announced for the show, which will this year be hosted by Dutch ESC commentator Cornald Maas and Iceland’s 1999 runner-up (and Eurovision 2005 non-qualifier…) Selma.

Lindita won’t be the only Balkan beauty on stage in Amsterdam. Montenegro’s Slavko Kalezic will perform his yet-to-be-revealed entry “Space”, which has a serious pedigree: The production team were responsible for Azerbaijan’s 2011 winner “Running Scared” and two further Top 5 entries for Baku in 2010 and 2012.

There’s a strong showing from the Big 5 too. Spain’s Manel Navarro, Germany’s Levina, Italy’s Francesco Gabbani and France’s Alma will all appear on stage at the Melkweg on April 8. The only holdout thus far is the UK’s Lucie Jones.

The rest of the acts are drawn from across Europe — Armenia’s Artsvik, Austria’s Nathan Trent, Belarus’s Naviband, Poland’s Kasia Mos, Cyprus’s Hovig and Switzerland’s Timebelle have all booked to appear on the big night in Holland.

Netherlands 2017 act O’G3NE will headline with their entry, “Lights And Shadows”.

Tickets have sold out. But those of you lucky enough to have a set can look forward to more acts to come, and these will be announced in due course through the Eurovision In Concert web site and social media channels. Poll: Who should win Melodifestivalen 2017? 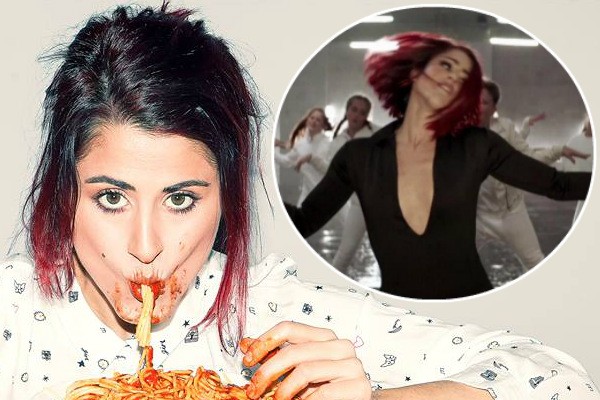 Spain: Barei rebels against bullying on her new single “I Don’t Need To Be You”

Is there going to be a “Breathlessly” T-shirt for Malta, or do I have to make one myself for the concert?

Fabulous! I was lucky to get my tickets in time! I absolutely LOVED Eurovision in Concert last year: I hope this year’s edition will be just a good:-)))))))