It’s one of the four countries left to hold the grand final of their national selection. Now Norwegian national broadcaster NRK has confirmed the running order of the 10 acts competing in Melodi Grand Prix 2017.

The show opens with Ulrikke‘s modern pop track “Places”. She’s followed by Jenny Augusta‘s fantasy adventure of “I go where you go”. If these spots seem doomed for the artists, just remember that we’ve just seen Estonia’s Koit Toome & Laura and Romania’s Ilinca feat. Alex Florea both win from the “cursed” second position.

The competition continues with the Rune Rudberg Band performing third with “Run Run Away”, JOWST‘s uplifting EDM “Grab the Moment” fourth and Kristian Valen‘s piano balled “You & I” fifth.

In the second half of the show, multicultural schlager trio In Fusion perform sixth with “Nothing Ever Knocked Us Over”, while Amina Sewali has the show’s only Norwegian language entry “Mesterverk” in seventh position.

Things get more serious down the other end. Glam rockers AMMUNITION have “WRECKING CREW” in eight position. They’re followed by Sami performer Elin & The Woods with “First Step In Faith / Oadjebasvuhtii” in ninth position. The show is rounded out by Ella‘s sassy pop song “Mamma Boy” in tenth position.

Much like the running order for Eurovision, the MGP running order has been decided to ensure each song stands out in its own way and to provide a good television show. The MPG project leader Stig Karlsen also explained that the running order also incorporates technical and logistical needs, and would be subject to change once technical rehearsals start in the Oslo Spektrum arena.

The grand final of Norway’s Melodi Grand Prix, screens this Saturday, 11 March, starting at 20:55 CET. We’ll have full coverage of the event. 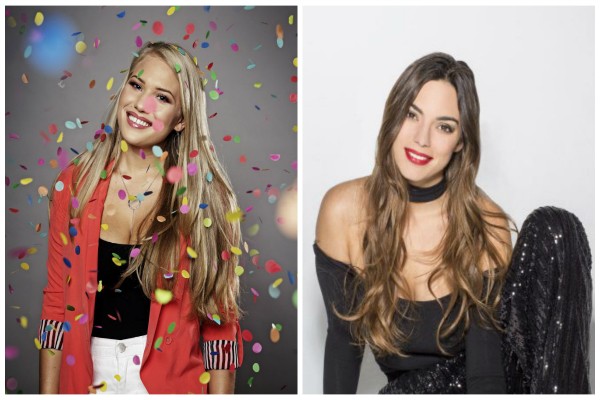 Poll: Who should win Melodifestivalen 2017?

Every weekend i used to visit this site, for the reason that i want enjoyment, since this this web page conations actually
good funny stuff too.

Visit this excellent website to learn more about soe excellent Sky
Pluus Offers. Ouija Boardrs have been bout for a long time, nevertheless they’re still being confused for a few some sort of portala communication devise that alows us to speak with our passed household or spirits we don. In this Shahrukh Khan has
played role just as tthe one played in Super Hero.

It’s really a cool and useful piece of info. I am satisfied
that you just shared this useful info with us.

Please stay us informed like this. Thanks for sharing.

With havin so much content do you ever run into any issues
of plagorism or copyright violation? My site has a lot
of completely unique content I’ve either created myself or
outsourced but it looks like a lot of it is popping it up all over the
internet without my agreement. Do you know any solutions
to help protect against content from being ripped off?

SunStroke Project won in Moldova singing 1st so i keep some hope for Ulrikke. I also like Ella but not Elin & The Woods.

In Fusion has a great spot in the final. After boring ballad. If they’re good live, they can actually win.

@Roelof Meesters: Ulrikke really seems doomed, but Manel and The SunStroke Project both won performing first and in the first round it shouldn’t really matter because four of them will advance to the superfinal so she can still make it. Rooting for Ulrikke as well.

Pleased for Ammunition’s position. Really hope they go to Kyiv.

I thought Wrecking Crew is the only decent entry that would stand out in Kyiv. I like the dreamy and celtic vibe like Jenny’s song and Elin’s and Kristian’s song too, but I thought that’s not as strong as Ammunition’s.

My top was:
1) Ammunition
2) Kristian Valen
3) Jenny Augusta
4) Elin and The Woods

As I Lay me down 2 get laid

All these songs suck.

The good sis Ulrikke truly lost her momentum, wow. I think it’s a close fight between Elle Woods and Ammunition.

Ok. No final for Norway this year if they don’t send Ulrikke and SHE IS PERFORMING FIRST!!!!!!!!!

I don’t care who wins in Norway. It’s just crap.
This is some karma to Norwegians for not picking Freddy Kalas last year.

It seems Norway and Denmark don’t get how Eurovision works nowadays.

I hope this order will be benefitial for Wrecking Crew, I like that song very much 🙂

Of course the one that I am most excited for has to open the show.

I really want Elin & the woods to win! I think it’s the song that can do it best in Eurovision! I also would love to see Ulrikke & Ella to win! I am from Norway myself! BTW: I am missing a video from you guys on YouTube talking about the selection, is it comming soon????????? but anyway! My favourite is Elin & The woods with Ella & Ulrikke as underdogs!

I want In Fusion to win. Am I to blame?

Wrecking Crew! We need a good rock song in Kyiv

My top picks are

Any one of these in my opinion would be an worthy entry.