It’s the hit Norwegian television series that’s gripping Sweden (and the rest of the world). Now Melodifestivalen will pay tribute to Skam with a parody, starring show host Clara Henry in the style of cool girl Noora with Eurovision 2009 winner Alexander Rybak as her floppy-haired bae.

The series will be called Smak (taste), a twist on Skam (shame). Unlike Rybak’s usual national final appearances, this won’t involve him turning up just for an encore performance of “Fairytale”.

Instead he joins with Melfest host David Lindgren as part of a guy gang. While the group in Skam were known as The Penetrators, the Smak equivalent are The Mellohaters. Ah, we see where they’re going with this.

SVT aren’t giving away too much about the parody, but it does appear that The Mellohaters are a band, so a performance of “Fairytale” might not totally be out of the question.

Melodifestivalen producer Mani Massera told SVT that Rybak is unable to attend the grand final of Melodifestivalen, but was able to make time to film the clip.

Melodifestivalen 2017 has been criticised for the disappointing quality of the humour and the interval acts. However, the show has picked up. Last Saturday’s Andra Chansen round featured the Nordberg Brothers perform a live-action version of their popular Mello parody. Swedish pop star Zara Larsson has also been confirmed to perform at the grand final. 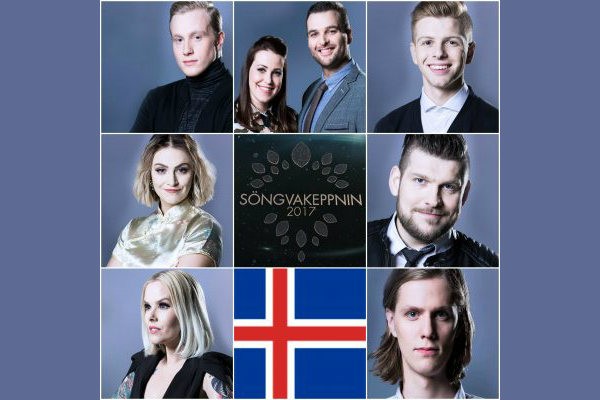 Melodifestivalen 2017 odds: Wiktoria remains favourite to win ahead of Nano and Jon Henrik

OMG! Skam and Eurovision, my two favourite things! This just saved Melfest for me tbh

Never heard about this tv show.

skam is just a norwegian take on skins, nothing really new

That said this does sound promising. Noora is my favourite Skam character so Im’ expecting wonders here!

This William sure looks cute. 🙂
*nod of approval*

The one from Skam doesn’t look bad either. 😛

I bet I will rofl at Saturday

Just out of interest whyhas the interval acts and humour been criticised this year?

What’s this skam? It feels like a sham scam to me!!

what a coincidence, yesterday i finished watching 2nd season of skam! looking forward to their parody even if i won’t understand a single word 😀

OH HELL YEAH! i love skam and i’m in the middle of noora’s season right now so

I am a huge fan of bot Melodifestivalen and Skam and I am so excited about Saturdays final.

@ D, @ Jasmine The main character of season 4 is not confirmed. I really hope it will be about Sana or Even. I feel like they are saving Vilde for season 6, because she has been really excited about the russ. But I would also love to see more of Vilde as she is one of my favorite characters.

Well, it’s confirmed, it is indeed going to revolve around Vilde! 🙂

Skam is probably one of my favorite shows ever, so I’m very excited for this. Can’t wait until season 4 (hoping it’s about Vilde).