She’s the Eurovision 1993 champion who’s big comeback stalled in 2010. But on Thursday night, Niamh Kavanagh returned to her winning ways, as she scooped the Celebrity Masterchef Ireland crown.

Irish viewers tuned into TV3 to watch the renowned balladeer take on Gaelic footballer Oisín McConville and actor Simon Delaney in the final of the all-star version of the famous cooking game show.

And after eight weeks in the kitchen, the pressure was really on. Tasked with creating a three-course menu of her own choice, Niamh served up an egg raviolo starter, ox cheek and mash for mains and a lime cheesecake with raspberries for dessert.

Judges Robin Gill and Daniel Clifford were impressed throughout, with the cheesecake in particular leaving them lost for words. “I think it has power over people,” Niamh whispered to the camera.

Ultimately, her rivals’ culinary skills couldn’t match up and an emotional Niamh cooked her way to victory.

The Final – the moment @niamhkavanagh93 realized she was the #celebritymasterchefIRL winner for 2017 – thanks for watching. pic.twitter.com/meDVEbfXlk

Upon being awarded her trophy, the “In Your Eyes” and “It’s For You” singer quipped “Oh God, they’re not going to ask me to do a cookbook are they?” We hope they do!

In further good news, Niamh’s voice is on the mend after a thyroid operation in January that had posed a risk to her singing ability.

While Ireland is well known for its seven Eurovision victories — including a 1990s dream run of four wins in five years — its recent entries haven’t been as successful.

In 2016, broadcaster RTÉ took a break from the usual Eurosong national final and internally selected former Westlife singer Nicky Byrne. His upbeat song “Sunlight” wasn’t a hit with viewers, and only placed 15th in its semi-final.

Undeterred by the Stockholm result, RTÉ opted to take a similar approach for Kyiv. But this time they left everything in the hands of music mogul and X Factor judge Louis Walsh.

He handpicked Brendan Murray and, after an open call for submissions, selected “Dying To Try” with the assistance of an expert panel. 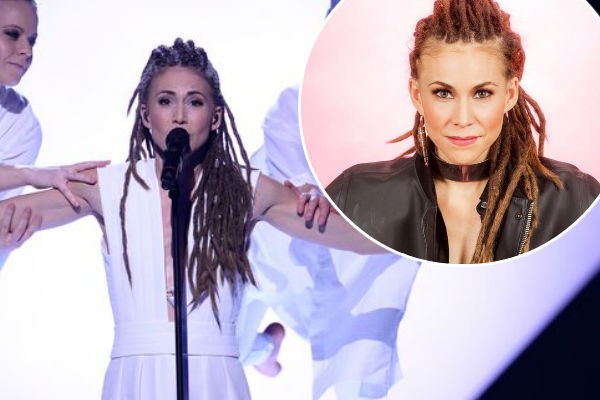 Wiwi Jury results: Mariette is our favourite to win Melodifestivalen 2017 Dance Alone! Jana Burceska teases the name of her song for FYR Macedonia

She can slay on the stage and in the kitchen!
Congratulations. 🙂

I’m glad to hear that she hasn’t lost her voice.

Good news all round!

I’m in love with the pigtail braids on her!

I could do with that cheesecake recipe, tbh… haha!

She looks better than in 2010. And that smile fits her well.
Good for her