Over the last two weeks, Serbia has been bombarding us with information about their Eurovision 2017 entry. Tijana Bogicevic’s reveal at the end of February was followed by a teaser snippet of “In Too Deep” at the start of this week. Now we have the song in full — and Serbia are not messing around, y’all!

Tijana Bogicevic — “In Too Deep”

This is a great slice of modern pop music and Tijana is serving it up. The song surges throughout and barely leaves time to catch your breath before the breakdown — which is a real highlight of the song. Tijana’s vocals sound great and it’s left us really excited for what she’ll bring to Kyiv!

We’re also getting some real “Walk on Water” vibes by the structure of the song. There’s real drama by the end of the song which also makes it stand out against some of the other uptempo songs in this year’s contest.

Tijana looks stunning in the music video too, perched on a suspended acrobats wheel. There’s lots of modern dance throughout the video — perhaps a sign of the staging to come. In an interview earlier this week, Tijana touched on her stage performance:

“I am not afraid, we’ll prepare ourselves very well. The stage performance will be good and for me it is really important that the song is excellently recorded and that it sounds great. The rest – we will see.”

The song was written by a team including Borislav Milanov and Bo Persson. The duo were part of Bulgaria’s team for “If Love Was A Crime” in 2016, as well as Macedonia’s 2017 entry “Dance Alone”. Talk about being in demand, y’all!

Bookmakers are already tipping Serbia for success this year. Following the release of the song’s instrumental, Serbia’s odds were cut to as low as 10/1. As always we’ll be keeping an eye on the odds in the coming days to see whether the bookies still think Tijana could do very well in Kyiv.

Certainly Tiaja has a lot to live up to going in to this year. Since their return to the contest in 2015, Serbia has qualified in both years. Last year, Sanja Vucic finished 18th for Serbia in the final with “Goodbye (Shelter)”.

What do you think of Tijana’s “In Too Deep”? Do you think that Serbia can reach the top 10 once more or even better than that? Let us know all your thoughts in the comments section, or shout it out on the wiwibloggs app! 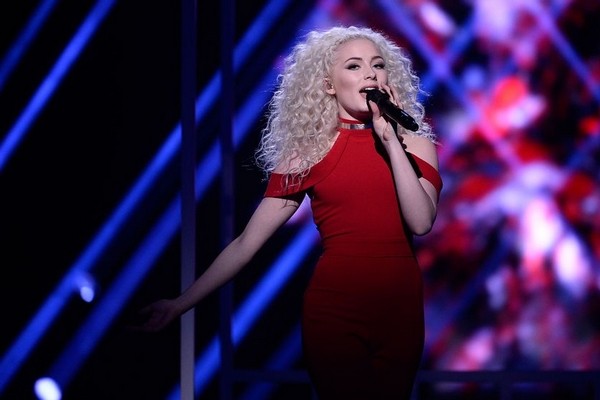 Poll results: Wiktoria is your favourite to win Melodifestivalen 2017 With havin so much content and articles do you ever run into any issues of plagorism or
copyright infringement? My site has a lot of completely unique content I’ve either
written myself or outsourced but it appears a lot
of it is popping it up all over the internet without my agreement.
Do you know any ways to help prevent content from
being ripped off? I’d definitely appreciate it.

Hello, I think your website might be having browser compatibility issues.
When I look at your website in Ie, it looks fine but when opening in Internet Explorer,
it has some overlapping. I just wanted to give you a quick heads up!
Other then that, terrific blog!

Most of all, make certain that the insurance policy that you’ve bought will likely be enough on your death because in some cases, the insurance coverage benefit that beneficiaries receive are insufficient for your recovery from the loss and the expenses laid upon by it. Beyond a forward thinking entry way painted red you will even make use of creating a simple, consistent distinct flowers and plants that outline the trail through the door towards the street. If you feel that you’d rather use the money you’ve got saved for Christmas on getting the family together and enjoying your time… Read more »

Would making 8 or 10 thousand dollars 30 days from a simple blog alter your
life. To see the complete impact these events are having for the local Houston area market, we’re going
to need to wait until in a few days, in the event the Houston Association of Realtors
releases its March home sales results. No matter how big
or small the business enterprise is, it may be the most efficient tool for
them.

I was wondering if you ever considered changing the
structure of your site? Its very well written; I love what youve got to say.

But maybe you could a little more in the way of
content so people could connect with it better. Youve got an awful lot of
text for only having one or 2 images. Maybe you could space it out better?

Hello, I desire to subscribe for this website to take hottest updates, therefore where can i do it please help.

Fantastic blog! Do you have any hints for aspiring
writers? I’m hoping to start my own site soon but I’m a little
lost on everything. Would you propose starting with a free platform like WordPress or
go for a paid option? There are so many options out there that I’m completely overwhelmed ..
Any ideas? Kudos!

I just couldn’t depart your web site prior to suggesting that I actually loved the usual information a person supply for your guests? Is gonna be again frequently in order to check out new posts

Hello Europe, I know we have issues, we are angry & all so, but where is the happiness, Seriously… I wish one day I could sing on stage and show Europe that we need to be positive & not follow the negativity.

This year is like alot of songs have sadness & heavy emotions. I would love to have some more happiness in Eurovision. Though, this year I will need a box of Tissues… So many songs are touchy, gives shivers in my bones :p

@Héctor – I like very much Belgian and Azerbejan entry! But, Italian stays favourite for me <3

Somehow good and current, but a bit generic. FYROM, Belgium and Azerbaijan (the last songs revealed that have made the contest to come alive) are miles ahead of Serbia. Her lack of charisma make it worse…

Serbia will qualify, but won’t place in the top 10, more likely bottom 10.

I’m so happy that our region has good songs this year- Serbia, Macedonia, Albania- GO GIRLS!!! <3

the teaser snippet released prior is the best part of the song. the rest is as generic as a made-in-china container.

William and Deban film your reaction please.I really want to know what do you think of it [im from Serbia]

Just in case I was disappointed with Mariette missing out in Sweden, I can have this!

I think the part from the snippet is from around 1:40 to 2:20, but they took out the back echoing voices and replaced it with violins (or maybe the violins drown it out).

It’s not as energetic as the snippet leads one to believe, but it is a quite listenable song and not annoying like several others in the contest.

Where’s part from the snippet? I expected different song basing on that 🙂

I’m from Serbia and i’m not dissapointed at all,i don’t know what you guys expected.This is top 5 with jury

Better than most typical, disposable/unoriginal (dare I say Swedish?) plastic pop. Should be a finalist. But unless there’s excellent staging, not in my top 10 and not likely to be in the contest’s either.

I like this one too
She’s a great live vocalist
Love the ethnic little twist in the arrangement.

I can understand people’s disappointment in this. The snippet was so great and created great expectations, and the entire song does not live up to it. It’s not bad – maybe they shouldn’t have released the snippet beforehand, then I wouldn’t have any expectations… And I would have liked the song more :).

Not as big a disappointment as Montenegro, but still…

100% generic blandness. Sounds like a freak accident between Malta and Armenia 2016.

@Hada That’s what I’ve heard as well, but just this morning, someone begged them to send Sofi again and they replied “why not? :)” Granted, they are known for doing this kind of stuff. Who knows who could be the third horse that they mentioned in a tweet earlier.

I’m absolutely sure that bulgaria won’t send Sofi Marinova again. BNT has tweeted several times that she wasn’t involved in this year’s process. As far as I know it is between Kristian Kostov and Gery Nikol. William took part in the voting in their selection.

Disappointed…”If love was a crime” is another level.

Solidly done, safe and void of any originality. I loved Sanja’s entry last year. I guess they cannot be all winners. At least it’s better than Montenegro. Not that it’s hard, though…

@bulgariastan I know I read it somewhere, not from an official source of course but anyways… It was said that this song’s team offered it to the Bulgarian representative but they rejected the song for not being good enough, then I read around here ITD was offered to Macedonia and was rejected again. I can’t tell if this is true or not, but giving that Jana’s song is better than this…
I’m excited to hear what Bulgaria will give us after Poli Awesomgenova 🙂

Nothing special, very forgettable, the same kind of song as Azebeidzjan, reaaly not impressed, i think there will be a few dark horses this year, but certainly NOT Serbia.

It’s good but yeah all the songs from the past 24 hours or so have sounded almost the same. Italy and Portugal in my eyes are still the two frontrunners. Both will sound completely different to whatever they are next to and that’s a major advantage

Glad Macedonia rejected this. @apple, where did you find that Bulgaria rejected this? Their twitter account is hinting that they may have selected Sofi Marinova.

If Ammunition wont win in Norway, Jon feat. Anina in Sweden and Fusedmarc in Lithuania, this year will be big boring combination of ballad and mediocre pop. If win wiwi readers favourites – 3times woman with pop (how surprising), this Eurovision will be lost. Pity, that Serbia didnt choose their a capella woman trio or something by Goran Bregovic. It would be so freshy. I hope last 8 songs will be different!

Not really feeling this. very generic and safe. Who would’ve thought that Macedonia would have the best Balkan song?

I’m so pissed off, I had huge expectations from Serbia this year and they come with this… I listen to it a few times already and I can’t remember it. Now I get why Bulgaria and Macedonia rejected this song. The teaser was promising but… It’s not a bad song, don’t get me wrong, but it’s more generic and average than I expected. I understand that trying to repeat the Molitva formula didn’t work for Sanja last year, but that was way better than this.

Next generic mediocre pop without any connections to Serbia. Is this really the right way for Eurovision? Everything sounds same. Thank you Ukraine for your song!