They’re the band bringing mother earth realness to the Melodi Grand Prix stage this year and have drawn comparisons to Melodifestivalen 2017 finalist Jon Henrik Fjällgren. But Elin & The Woods are bringing their own take on Sami culture to the MGP stage in Norway and are using “First Step In Faith” to turn back time and revisit the origins of humanity.

With 2017 marking the 100th anniversary of the first congress of the Sami people, the symbolism of potentially having two Sami acts at Eurovision isn’t lost on Elin, “It would be funny to meet Jon Henrik at Eurovision and also really cool because this is such an important year for the Sami people.”

The starting point for “First Step In Faith” and Elin & The Woods was the collaboration between Elin the singer and producer Robin Lynch. “We realised we have the same values in life and that we’re both interested in knowing where humans come from, and he was also very much concerned with nature and the environment.”

That shared concern has shaped the song’s focus around the original forests of Earth. A key feature of the song is Elin’s joik, a special Sami vocal technique.

With such a spiritual song, a Eurovision national selection stage might seem an odd choice but the scale of Melodi Grand Prix was a key attraction for Elin.

“I wanted a stage where I could do whatever I wanted. And Melodi Grand Prix is unlimited, you can do whatever you like with lighting, decorations, and that big stage.”

Elin & The Woods are currently the bookies favourite to win Melodi Grand Prix 2017 and will perform “First Step In Faith” in ninth position. Do you think they can win? Can they take Norway back to the final? Let us know in the comments below! 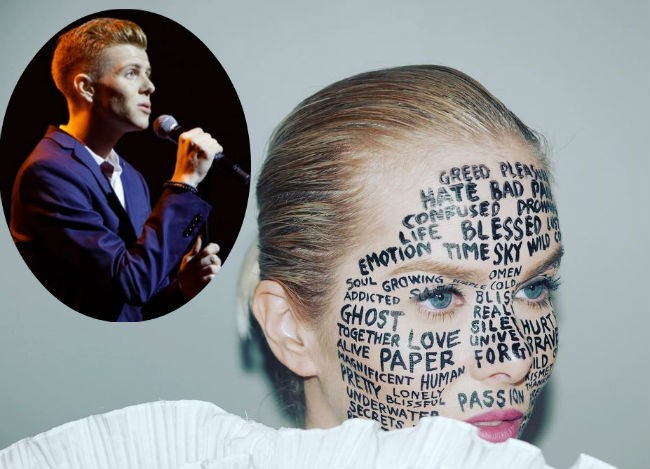 Poll results: Svala Björgvinsdóttir is your favourite to win Söngvakeppnin 2017 Melodifestivalen 2017: Which Wiktoria dress do you prefer?

Elin and the Woods for Kyiv!

This would flop indeed. Ammunition on the other hand wouldn’t. We need ROCK. Norway please DELIVER <3

@Aaron Haha I actually agree, she looks so punchable..

@Aaron
Funny how you hide behind a screen and comment on people’s face rather than their singing.

This would flop at Eurovision, she’s got a punchable face and in all honesty the song is horrendous…Ulrikke is their only option…