She shot to the top of the betting odds when her Eurovision track “City Lights” dropped earlier this month. And now Blanche is set to make Belgium‘s debut at the London Eurovision Party.

She isn’t alone either: Eight more acts have been unveiled for the London Eurovision Party 2017 since our last update.

They include Eurovision 2017 host nation Ukraine and their band O.Torvald, who will bring countdown timer rock realness to the stage in London, ahead of performing in 22nd position in the Grand Final on May 13.

Eurofans will also be delighted to see Slovenia‘s Omar Naber, who appeared at Eurovision 2005 and in the Slovenian national selection multiple times before winning this year’s national final with, “On My Way”.

Omar isn’t the only Balkan boy in the lineup for London this year. Montenegro‘s Slavko Kalezic will sashay onto the stage with his intergalactic entry “Space”.

The boys are joined by Balkan beauties Lindita (Albania) and Jana Burceska (Macedonia) who add rock ballad “World” and dance-pop banger “Dance Alone” to the setlist.

Romania will also be at the party. Ilinca feat. Alex Florea will spice things up Sound of Music style with yodel-rap-pop hybrid “Yodel It!”.

The latest addition to the lineup is Finland‘s Norma John, who’ll perform their entry “Blackbird” for the crowd at the Cafe de Paris next month.

CAN I STILL GET A TICKET?

A final batch of tickets will be released around two weeks before the event, so keep your eyes peeled to make sure you’re in position once those tickets go live. The party takes place on Sunday April 2 live at the Cafe de Paris in London.

France – Alma with “Requiem”
Denmark – Anja Nissen with “Where I Am”
Germany – Levina with “Perfect Life”
Poland – Kasia Mos with “Flashlight”
Malta – Claudia Faniello with “Breathlessley”
UK – Lucie Jones with “Never Give Up On You”
Austria – Nathan Trent with “Running on Air”
Spain – Manel Navarro with “Do It For Your Lover”
Italy – Francesco Gabbani with “Occidentalli’s Karma”
Romania – Ilinca feat. Alex Florea with “Yodel It!”
F.Y.R Macedonia – Jana Burceska with “Dance Alone”
Albania – Lindita with “World”
Montenegro – Slavko Kalezic with “Space”
Belgium – Blance with “City Lights”
Slovenia – Omar Naber with “On My Way”
Ukraine – O.Torvald with “Time”
Finland – Norma John with “Blackbird” 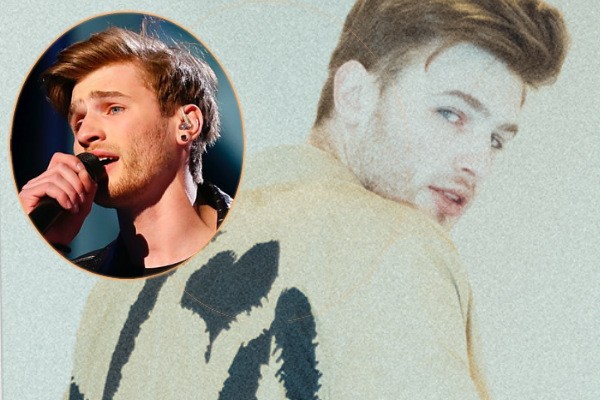 Latvia: Justs releases “Message to You” — an ode to meeting over Instagram

Nice fresh sound from Belgium! This could easily be in the U.K charts right now! A contender this year.

Please follow my blog guys, I am reviewing all the songs ????

Oh dear, i just read about Salvador. I wonder how long you actually recover from a heart transplant, but isn’t 1 month quite short? Best of health to him. And to Yulia too. I guess both of them appearing on stage would send out a good message about overcoming difficulties to reach your dreams

I just read the statement from Salvador Sobral’s family. This is horrible. I wish him all the best, and I hope the transplant is a success. Please though, if coming to Eurovision turns out to be a risk to his health – don’t do it! We don’t want anyone to risk their health for Eurovision!!

Salvador Sobral has always baggy clothes because he wears around his waist, a device for his heart, he can not make effort and he is waiting for a heart transplant that he needs in 2017, next year will be too late.

@Ddraven4 Actully RTP ask salvador if he can performance Preesc tour.But salvador sobral needs a transplant on his heart.

Germany can’t change the song because it was voted. They can only do the revamp, and what I would like to see, but is very unlikely, they can have a flashy staging like Switzerland. Give Levina a golden or silver dress and the votes will come.

@P.o.w.a. Ah, well, that’s the other case which doesn’t mean something at this point. I only read about Hovi’s trouble. This particular situation just sounds that there’s already a boycott or spectacle even before court will decide about singer’s pass.

Btw what an exciting line up! a lot of my favs are coming. Denmark, Italy and Spain wow <3

Also worth noting is that Omar Naber attends this event almost every year. I saw him in the line up on 2013-2015. He seems like he’s been wanting to comeback to ESC for a long time now. Hope his long preparation finally pays off this year..

Vocally, Blanche is good, but the song itself is a bit dull when performed live.

Most of the time, I think ballads at Eurovision do too much, which ruins the live experience — Edurne from Spain is the perfect example of this.

In the case of “City Lights,” I think Blanche will need to add some motion to the live performance.

Belgium song is not bad but is repetitous and not exciting me…. So I see other more perfect and more powerful songs in my TOP 5 and TOP 10: 1. POLAND (mysterious modern powerful and great voice….) 2. NORWAY ( great and modern, Norway with Agnes “Icebreaker” underrated definately last year… I hope this year will be better for them….) 3. ICELAND ( powerful voice and song ) 4. HUNGARY ( sound as different on ESC so thats positive for this song) 5. FINLAND ( another dark mysterious song) 6. AZERBIJAN (sounds very nicely and powerful) 7. ISRAEL (great to… Read more »

So Linda Martin is appearing but no sign of Brendan yet 🙁

@ Ern, what did you expect? Already the act for Kiev? It was a regular performance. And here singing was good, but the quality of the video is not so good. Don’t estimated the RTBF and there professionalty. They will do again a great job.

https://youtu.be/5E_x3BVfzLE blanche live. Vocally perfect. Hope they’ll come up with something minimalistic amazing for her staging.

There is a video on youtube of Blanche singing “City Lights” live.

It wasn’t as good as it should be. She’ll need to do better at Eurovision.

Also it could be really exciting to see how the Crowd at the Party will react to it….if its finished by then like i said

@P.o.w.a
I also saw an article from some ukrainian site where was a quote from Hanna Bychok (interim chairman at host channel) that russian head of team didn’t appear at delegations meet up in Kyiv. The issue is that article doesn’t have a confirmation link for that quote and doesn’t bring anything new except of a date when installation work begins (late march).

It will be amazing! 🙂

Great to see Romania and Finland in the line-up!

And this is why RTP is the worst broadcaster. They never do any promotion of their song and never go to the pre-parties.