On 22 March 2016, Belgium‘s capital Brussels was rocked by three suicide bombings that left 32 dead and a country in mourning.

One year later, a host of Belgian stars paid tribute to the victims of the terrorist attack.

Among those stars was the Eurovision 2017 representative Blanche, who performed with Stan Van Samang on his hit “Little Moon Rises”.

Blanche enriched the stirring duet with her sensitive and instantly recognisable voice. The performance confirmed what we already knew: that she is an accomplished artist whose star is set to shine very brightly on the international stage of the Eurovision Song Contest. Blanche, who found fame on The Voice, is already making history as the first Walloon artist to crack the Flemish charts with her Eurovision song “City Lights”.

The mysterious, contemporary track has received an overwhelmingly positive reaction from Eurovision fans and bookmakers, as the song climbed 33 positions in the bookies’ rankings the night it was released to become second favourite for a time. Currently fourth in the odds to win Eurovision, Blanche is ready to challenge the other artists in order to bring Belgium back to the winners’ table.

The duet with Stan Van Samang was part of an entire show paying tribute to the victims of last year’s attack, entitled 22 mars, ensemble (22 March, Together). You can watch it here in its entirety.

The show also included another former Eurovision star, Lara Fabian, the Belgian singer who represented Luxembourg back in 1988 with “Croire”.

What do you think about Blanche’s performance at 22 mars, ensemble? Is she ready to face the pressure of the Eurovision stage in Kyiv? Sound off below! 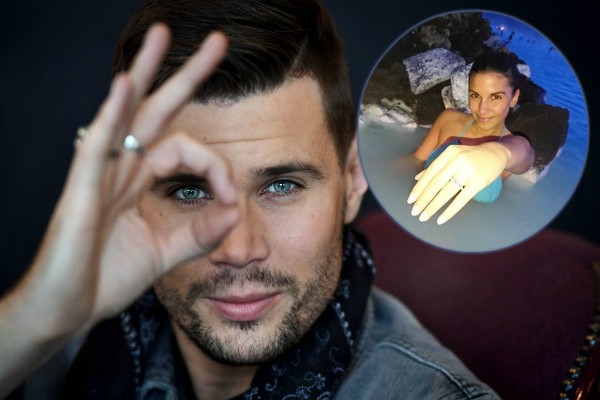 She may sometimes lack charisma indeed, but I don’t think this is the case in that performance. She’s very emotional and her vocals are heartfelt.

The girl can sing, but she has no charisma or stage presence, let’s hope she will improve..

Maybe Blanche has a good voice but she needs to open her mouth and say the words clearly, she is mumbling now. I want to tell her : Wake up girl, is morning, you should have energy now !!!!

Good voice but a lack of charisma and energy. Good luck belgium.

Blanche gives me Emma Bale feelings! I hope Emma or Stan will represent Belgium next year! Thank you Blanche for your vocals xx <3 We love you! #BlancheForTheWin

I’m surprised by her vocals.
With a good staging is this the only contender for Italy.

She has to be Italy’s main rival. Her stage presence and vocals are quite enchanting, and combined with the perfect song this is looking very strong. I hope she will get top notch direction like Loic.

Not every muslim is a terrorist, remeber people!

A very bright star is rising, and she’s called Blanche. 🙂

Is she ready? Hell yeah!
Stan is a superstar in Flanders and with Walloon future-star Blanche they are amazing!! I hope Stan will help her through and I secretly hope he will represent us in one of the coming years 😀

Wow she has good live vocals!