He can go on! Robin Bengtsson, the winner of Melodifestivalen 2017, has proposed to his girlfriend Jennie Salte during a romantic trip to Iceland. The happy fiancée revealed the news on Instagram with a photo taken in the Blue Lagoon.

The happy couple are in Iceland this week on a very romantic trip, and it appears to have given Robin the perfect opportunity to pop the question.

He popped the question in the blue lagoon last night, and I said YEESSSS!! ????????????Best trip ever.? Love you forever @robinbengtssons

Both Robin, 26, and Jennie, 23, have been posting photos of the trip on social media, but no one except the future groom expected an engagement ring in the picture.

Last night, while bathing in the popular geothermal spa Blue Lagoon, Robin asked Jennie to marry him, and she said “YEESSSS!!” We wonder where he hid the ring…

There is no word on the wedding date yet, but we imagine Robin’s son William will play a role. Robin shares the tot with his former partner — the blogger Emma Bergström.

Jennie Salte has been Robin’s biggest fan. On the night of Robin’s Melodifestivalen victory with “I Can’t Go On”, she posted a sweet message of support for her man. “He is not only my no 1 now,” Jennie said. Aww!

It’s a big year for Robin, who won Melodifestivalen earlier this month and is among the top three favourites to win the Eurovision Song Contest in May.

We wish the happy couple all the best! Grattis! 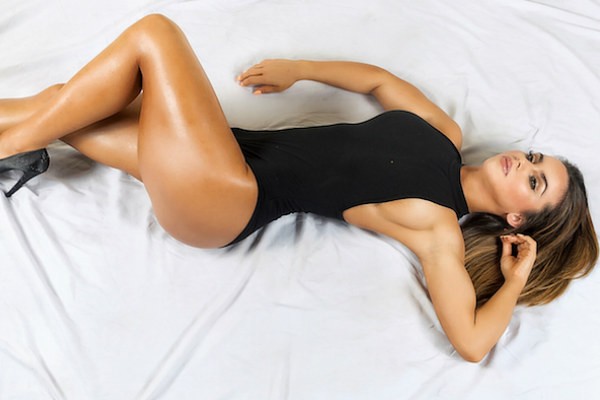 He wasn’t married before, he was together with a woman and they had a son together. They broke up, he got together with his fiancèe and they are getting married. It’s not rocket science, dear Eurovision fans. It says a lot about your narrow perspectives that you cannot understand this simple thing.

@ann he is bisexual.

How do you know he’s bisexual?

as I lay me down

women will do anything for money

@Siv Are condoms so expensive that people can’t afford?

@vladimir Here in Sweden you can have children without being married. In fact that’s very common. Nothing strange for us here in Sweden.

@Siv if he hasn’t married how can he be a father of a son? That’s what people confused..

Robin Bengtsson has never been married before.
He has a son with his former girlfriend, but that ended 4 years ago.
Why are people here think that Robin has been married, he hasn’t.

OK now it is getting complicated…Is it legal being married with more than one persons in Sweden?

Robin Bengtsson married before? No I’m swedish and never heard of that. Jennie Salte has been his girlfriend for two years now.

@Amor A
Yeah I got confused at first too because the Wiwibloggs insta mentioned Jennie as his wife last year at the Mello afterparty. Though their Instas cleared out most of the confusion.

He changes his wifes like a girl changes her clothes. He was married with a son last time i remember and now seeing this news , iam confused. A Swede citizen come and light us plss…

Congrats to Robin but I thought he was already married or am I confusing him with someone else?

lol he was with Jennie when he competed last year, you can see that on his instagram.

DENIS:
Is that a problem?

This would be his second wife, people are right about it. He was married around the time he competed with Constellation Prize last year. And now he has another one..
No one knows waht happened inbetween, cheating spouses? But he does have a child with the first wife. How lovely!

But damn son! Twice married before the age of 30?. Nice work..

I think she got lost in Verona between all the city lights and shadows. But he kept the faith and grabbed the moment where he was when he discovered that this was love. When she came back running on air, he decided that he had amar pelos dois and suggested to yodel it. First, she wanted to do it for her lover but in the end she decided that she rather dances alone.

Cute couple. They have a similar smile.

i thought he was gay..

What a lovely story! 🙂

Is his second wife?? What happened to first??

Like Melodifestivalen, the juries will swing it for Robin. Italy (or somebody else) may top the televote, but the impressive and intricate staging of “I Can’t Go On” will count for a lot with the jurors, not the song itself unfortunately.

This may be the best year of his life.

Congratulations to Robin and Jennie!

Hopefully, Robin can get the Eurovision international juries and voting public to say “I do” as well! 😀

D may be right. It’s Italy or Sweden.

Yeah, in your dreams.

Oops or is this his second wedding? I know he was married before but?

Old neeeeews, they are married for 2 years!!!

The guy is pretty too.

The girl is pretty. Congrats to them.

Congratulations to the happy couple.

That said, the whole notion of the guy proposing to the girl with grand romantic gestures is totally outdated. I know it’s still extremely common, and a whole lot of couples are perfectly fine with it…but yeah, this is the 21st Century. Girls can “pop the question” too, thought that seems to much rarer.

Yes, I am jealous, bitter, and resentful. 🙂

He couldn’t go on…cause she looked so frickin’ beautiful!