A few days ago Italy’s HoD Nicola Caligiore confirmed that the funny dancing gorilla — played by dancer and choreographer Filippo Ranaldi — will join Francesco Gabbani on stage in Kyiv for Eurovision 2017.

The four singers have widely divergent careers, come from different genres and enjoy different levels of popularity. But most come from the world of television, including Francesco’s brother Filippo.

Sanremo addicts will remember her as a contestant in the Newcomers section of Italy’s long-lasting festival in 2015, when she sang the R&B-soul track “Ritornerai“. Chanty is the perfect choice for Eurovision since she really embraces this year’s motto “Celebrate Diversity”. Born in Tanzania, she lived in Taiwan before moving to Italy where she has performed in several jazz festivals.

“The apple doesn’t fall far from the tree” and Filippo is proof of that. Francesco’s brother shares his talents: he is hot, he can sing, he can play on stage and he can write songs. He is one of the four authors of “Occidentali’s Karma”. We-are-family!

“We have never been contentious,” Filippo says. “Even when we were children”.

Born in Milano in 1988, she took part in the first series of The Voice of Italy, making it all the way to the live shows. Her biggest dream has a Eurovision theme as she would like to duet with Marco Mengoni! In the meantime she continues performing in clubs with her band. If you want to hear her voice, check out her YouTube channel where she has uploaded several home-made covers.

He’s the lead singer of the band Dan & i suoi Fratelli, which revives the 50s with their rock’n’roll covers. Their first single “La mia ragazza speciale” was released in 2013. The same year they auditioned for Italia’s Got Talent. And they definitely do! 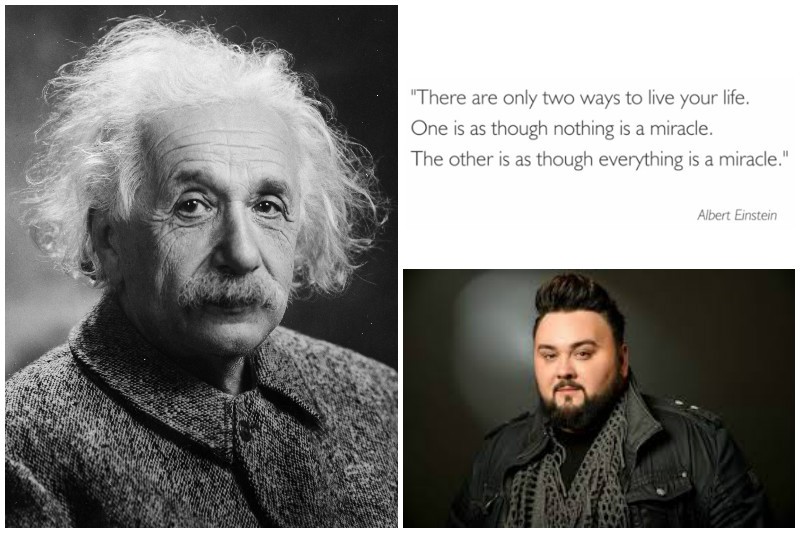 I need me a Gabbani 🙂

@ Sal – not only in Italy. This is the ESC2017 song that has charted in the most countries on iTunes. Currently still charting in 4 countries, including #2 in Italy and #3 in Malta. Robin, Blanche and Kristian (the “minor” favorites as Francesco is well ahead of them) are only charting in their home countries.

@ Davve – the Eurovision is not a hit machine. Follow the hottest Spotify playlists if you want some quick lil singles.

Whew, this equipe of talent and quality <3

EBU should cancel the contest over all russian drama and declare Italy the winner, Francesco is by far the best entry this year.

I am very happy that my friend Nausicaa will be on that stage! She has got an incredible voice 🙂

@Visenya: What is it with this obsession by so many people with iTunes? It’s not because Francesco appeared very briefly in some european iTunes charts that it’s a big hit there. It only means that a few italian expats, some local eurovision or San Remo fans and a few others bought the song, that’s it. You really don’t have to sell a lot of downloads in most european countries to appear a couple of hours or days in the iTunes top 100, probably 99,9% of people in those countries haven’t even heard of Franceso. I really like the italian song,… Read more »

Visenya:
You are a very angry person. Whats wrong whit you. Do you like every dong this year. I dont think that. You cant tell me what i think is good or bad. You love hes sing , good. I accept that. You must have so mutch hate in you.

@Hi
Ok we got it, you don’t like it and never mind, fortunately most of the people don’t have your same tastes!
Mine was an answer to your stupid last comment where you said “it is not a hit in other countries” because IT REALLY IS! You can not really deny it!
And btw, there is a big difference between “I don’t like the song” and “hate”. You are not just express your opinion, you are spreading hate.

It’s a very nice song but it’s not memorable. In about 2 or 3 months, no one will want to know Francesco Gabbani’s with or without a brother, with or without a gorilla. … The only song that will surely be in history is “Amar pelos Dois” (Love for both of us) which is already a classic and does not need Eurovision, nor Kiev to shine. … Finally one more BIG song to join with great themes like “Take five” (Dave Brubeck), “So What” (Miles Davis), “Take The A Train” (Duke Ellington), “Round Midnight” (Thelonious Monk), “My Favorite Things” (John… Read more »

We get it that you don’t like the song. Why keep on repeating like a senile? Honey, your hate is ridiculous!

@Hi
Well, you are very uninformed then!!
You should know that Occidentali’s Karma reached top charts on iTunes and Spotify in 15 European countries!
So actually it HAS a massive success!!
Don’t be too envious dude ????

Sal:
Its not a hit in other contrys. But Iralien can not vote on Italy. For me irs nit the best song this year. ?

Can we all just remember how much of a massive hit this song has been in Italy! Some of you may hate it but it’s got power behind it, Francesco will kill it on stage in May and it’s gonna stand out a lot – it’s a serious contender////end of.

@Davve, you gotta be kidding, right!? This song winning would do amazing things for the contest!

I like his song alot but his looks are very bad the ugliest in this years contest for me. But this is a song contest and his song is da best

I pray this song won’t win for me there is at least 20 song better than this, he has charisma, but sometimes he’s annoying to me. And the gorilla dancing is just to much for me, I mean you now DiHaj won’t have skeletons dancing or Norma John won’t have a black bird on the LED screen, it’s unoriginal for me. I like the fact he kept the Italian, it a cool langauge.

@Hi I’ve never said that you should like, but that you saying that it’s silly song is a silly statement: it is probably the ESC song with the most intellectual content ever.
Anyhow your obsession with something that you despise is fascinating…

The sobg is an average non contemporary italian sing a long….

Hippa. Dont tell me what i should think of this Song. IF you like IT, thats ok. I dont. Must everybody like it becous its Italy. I dont think you like ALL 43song this year

Oh look! An article about Italy! Let the HATE begin!

@Hi Please do not beg divinities for Eurovision victories/defeats, shall we?
Anyhow you are wandering on this site for a while and still you don’t grasp the fact that the song isn’t silly. Or you are a very good troll, or you can’t read. Have a nice day.

Silly Song, silly Dance. This is a jokesong. I beg to God its not gonna winnhi

uhh can we strip the dancer from the gorilla costume cuz he’s actually pretty hot.

Wow. A serious line-up there. It’s gonna take a miracle (oh-oh) for anyone else but Italy to win this year.