From Riga to London to Tel-Aviv to Amsterdam to Madrid, there is certainly no shortage of preview events this Eurovision season. And now, Ireland is getting in on the action too, albeit with the focus more on broadening horizons rather than partying.

On Tuesday next, 11 April, the leafy surrounds of Maynooth University — located just outside Dublin — will play host to the one day conference The Eurovision Song Contest in a Changing World: Culture, Geography and Politics.

The university’s Centre for European and Eurasian Studies and Department of Geography will bring together both academics and Eurovision fans to examine what makes the contest so special and its impact on the modern European landscape.

Eurovision 1984 runner-up and 1992 winner Linda Martin is set to bring a sprinkling of star power to proceedings. Because, to be honest, every Eurovision panel needs a Linda Martin cameo. Her Eurosong 2014 appearance still gives us life!

The event is designed as a build up to this year’s contest and will cover:

You can read the full programme below.

And you read correctly, the wiwibloggs team will be on the ground in Maynooth. As well as taking part in two of the discussion panels, we’ll also be bringing our recording equipment with us so that all y’all can get a taste of the conference too via wiwi.tv.

Speaking ahead of the event John O’Brennan of the Maynooth Centre for European and Eurasian studies said:

There is no other event in popular culture that so unites and divides opinion as the Eurovision Song Contest. In Central and Eastern Europe participation in Eurovision is viewed as an affirmation of European identity (‘we have arrived’, ‘we are accepted’, ‘we are European’) while in other countries closer to home the event is viewed with a jaundiced eye.

Whether viewed as a pop culture phenomenon or a vehicle for resurgent and atavistic nationalism, Eurovision continues to capture the imagination like no other event of its kind.

Adrian Kavanagh of the Department of Geography adds:

Since the first contest took place in Lugano in Switzerland in 1956, the Eurovision Song Contest has grown in size, scale and popularity, with the live final being watched by an estimated 200 million viewers each year and by many million more viewers through online platforms.

While the contest seeks to be non-political, political issues have arisen throughout the contest’s history, with the extent of these perhaps increasing in intensity following the expansion of the contest in the late 1990s and 2000s.

The Eurovision Song Contest voting patterns are probably the one aspect of the contest to be particularly portrayed as being political in scope, but do these also/instead reflect other factors, such as culture or common music markets?

The conference will tease out questions such as this, while also asking why the contest continues to intrigue, fascinate and frustrate after a six-decade long history.

You can find out more information about the conference by visiting the Maynooth University website. 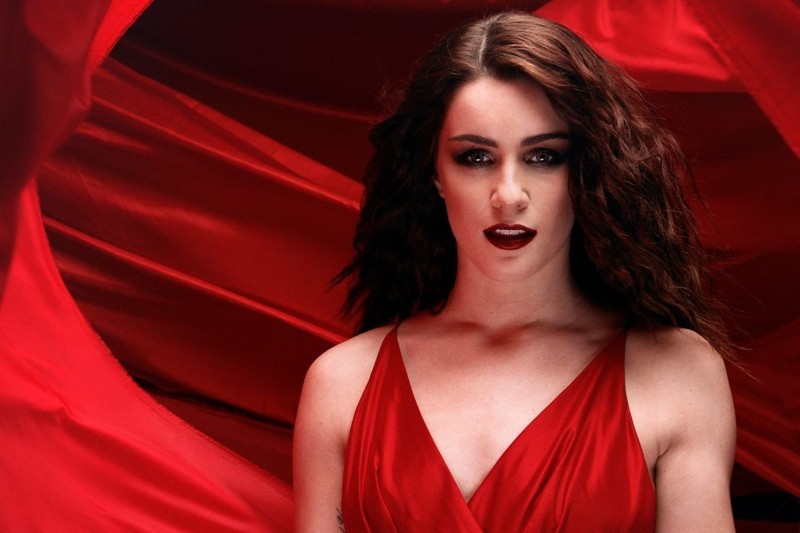 Wiwi Jury: United Kingdom’s Lucie Jones with “Never Give Up on You” Emmelie de Forest covers Lucie Jones’ “Never Give Up On You”

With havin a lot written content do you somehow have any problems of plagiarism violation? My blog has lots of unique material I’ve authored myself or outsourced but it looks like a lot of it is popping it up all over the internet without my agreement. Do you know any methods to help stop content from being stolen? I’d truly appreciate it.

Why can’t anything like this occur in the US? 🙁

I wrote a 30 page essay on this very topic during my last year of highschool. I sure would love to attend. Guess I’ll just have to settle with watching it on YouTube.

Congrats to Padraig and Denisse. Lovely.

Will the conference be ticketed?

It would be nice to see someone from RTE there (the HoD Michael Kealy perhaps?) so they could get feedback on the future for Irish Eurovision.

Hopefully this will slap some sense into the irish public about there attitude towards eurovision.

That was a surprise!
I’m so excited!
Eurovision in a university conference! Love it!
Can’t wait for the videos! It will be a constructive meeting!

What a unique and interesting idea. Well done Ireland! 🙂

Nice to see Brendan Murray attending promo events in Amsterdam and Tel Aviv and now this conference at one of Ireland’s top universities.

Nice to see Ireland getting involved in the excitement too.

Wow, that sound interesting.
Can’t wait for the videos.
Thanks guys, and good luck. 😉