One month from today, the Eurovision Song Contest 2017 will kick off at the International Exhibition Center in Kyiv with the First Semi-Final. And tomorrow, 10 April, fans will get a new opportunity to purchase tickets for the nine shows — including the Grand Final on 13 May. Ticket prices  range from 8 to 500 Euros. Let’s break it down!

Official ticketing agent Concert.ua has announced that the next batch of tickets will go on sale tomorrow, without specifying a starting hour. This means that fans will have to keep an eye on the website and on social media if they want to purchase tickets for any of the nine shows advertised.

What are the nine Eurovision shows?

Eurovision will consist of nine shows, as follows (all times are local times, that is CET+1 hour):

Tomorrow you will be able to buy tickets to all these shows. Prices will range between 8 Euro standing tickets in the fan zone for family shows to 500 Euro for VIP seats at the Grand Final. See the plan below before making your mind up. To avoid scammers, you should only buy tickets via the official ticketing agent Concert.ua. Good luck and let us know how you did!

No tickets to Eurovision 2017? No problem! No flights and no hotel room? That’s no problem either!

The team from wiwibloggs, together with our app developers BeePost, are ready to make euro-dreams come true for one of our deserving readers (and a friend of his or her choosing). We’ve saved up our spare change and are giving away a trip for two to the Eurovision Song Contest 2017 in Ukraine. That’s round-trip airfare, that’s two nights in a hotel and that’s tickets to the Eurovision grand final jury final (May 12).

FIND OUT ALL THE DETAILS HERE. 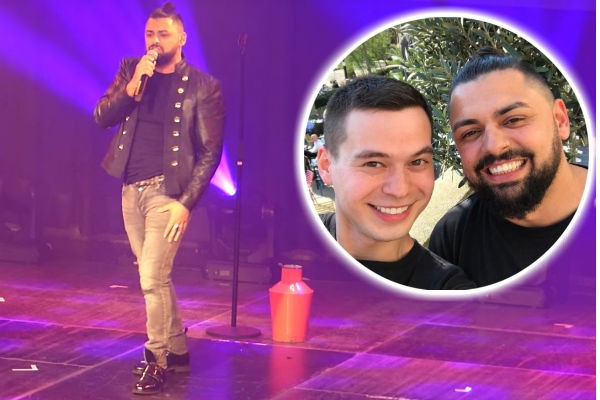 Joci Pápai at Eurovision in Concert: “The rap in ‘Origo’ is a prayer”

@Magistr That’s the problem. Every time I sent them an email, it would bounce back. I have used their online form for the 3rd time. If not, I will just have to phone them directly. Only issue is my skills in Russian and Ukrainian are non existent. I am not sure how much English their employees speak. I am not trying to let this put me down, as I am still going to Ukraine no matter what, but it is just infuriating that no one from that company has contacted me to see if I have had any issues after… Read more »

Benny, did you try [email protected] ? they said that they solved all problems they had at the start of selling tickets.

Concert.ua have the worst customer service! Absolutely appalling. Tried to contact them and they will not answer back to me. Has anyone been having problems having a ‘co.uk’ as every time I try to send an email. An automatic reply comes back and says it is something to do with ‘co.uk’ address. If anyone else has been having issues please let me know. I purchased the ticket on 14th Feb, and still not had tickets. Absolutely appalling! I am sorry for the compliant on this site, but if I have had this terrible service I am sure others have as… Read more »

Because the capacity has been increased before the next sale starts.

Does anyone know what time??

It would be interesting to hear from anyone who is going to buy tickets in this round.

I miss an article about Ukraine-Russia, that Ingrid lady did nothing recently? What about moving the contest in a tv studio in Berlin? I want something funny like that, to hear what ebu has in mind to scare Ukraine to allow Russia compete, as if that stage build in Kyiv can be abandoned, to move everything in a tv studio. I just want to find out how much imagination ebu has.

Why is Ruslana everywhere and not the actual winner Jamala?

Apparently, Burger King Russia (the fast food chain) are trying to bribe Ukraine into allowing Yulia to participate at the contest. Seriously?!…
https://eurovoix.com/2017/04/07/russia-burger-king-offers-pay-1-billion-rubles-ukraine-allow-yulia-compete/

Apologies, I only just saw that another commenter had posted the Israel story to another thread.

In other news, did anybody else see that Israel was in trouble with the EBU?! It sure came as a surprise to me!
For more info, read here: https://eurovoix.com/2017/04/07/israel-national-broadcaster-ebu/

What tickets, if Eurovision in Kiev will not be 🙂

Who cares about Ruslana? She’s just a past Eurovision winner… 😐