He’s the X Factor Greece alum who was internally selected by CyBC to compete for Cyprus at Eurovision 2017. And on Saturday Hovig hit the campaign trail with his song “Gravity”, performing at Eurovision in Concert 2017 in Amsterdam.

Prior to dazzling on stage, the cheery singer caught up with wiwiblogger William to sound off on Eurovision, working with composer Thomas G:son and much, much more.

“I heard the first demo on my birthday — the third of January,” he says. “It was like a birthday present to me. I really liked it. I really felt it’s a strong song with some strong vocals, so I felt very nice about it.”

“Gravity” is contemporary and on-trend, and the syncopated clapping and sound of dark clanging in the opening has drawn comparisons to Rag’n’Bone Man’s “Human”. What’s he make of all that?

“I don’t think I should comment on that,” he said. “Every year they say that some song reminds them of another song. I’ve heard so many comments, even ones where they say it sounds like a Britney Spears’ song.”

“I mean, come on. But who knows — maybe I have a hit on my hands. All I think about is doing my very best on May 9th.”

Hovig’s video is glossy and slick, showing him on an interstellar horizon with a dancer. Will his staging in Kyiv be similar?

“Oh, just wait until you see the live performance!” Hovig said with a smile. “It will have the same atmosphere, but it’s going to be much better, I think, and much stronger.”

“I will add a dancer, so I will have two. That’s an extra plus right? So I feel that it’s going to be better.”

“I will be dancing in Kyiv, which doesn’t come easy for me. It’s the first time I’ve been to dancing class — I am working really hard and it’s coming out quite well. But thank God for good choreographers!”

As our readers know, Hovig was a strong contender in 2015, when he competed in the Cypriot national final The Eurovision Song Project. John Kariyannis may have won, but Hovig laid the groundwork for today’s success.

What were his feelings back then?

“I’m a person that believes that everything happens for a reason, so I didn’t feel bad at all. I knew that because I really wanted to go to Eurovision, it would happen eventually, because good things come to those who work hard.”

What’s the meaning behind “Gravity”? Hovig flashed one of his amazing smiles and said he wants to be our gravity. “The way I see it is that one needs a start, a middle and an end for all the people in our lives.”

Hovig also says that Thomas G:Son wrote the song especially for his voice, after seeing him perform live in Cyprus, so from the beginning “Gravity” was designed for Hovig and therefore easy for Hovig to adapt and truly make his own.

What are your thoughts about the lovely Hovig and “Gravity”? Is it taking you out of this world? Please sound off in the comments box below! 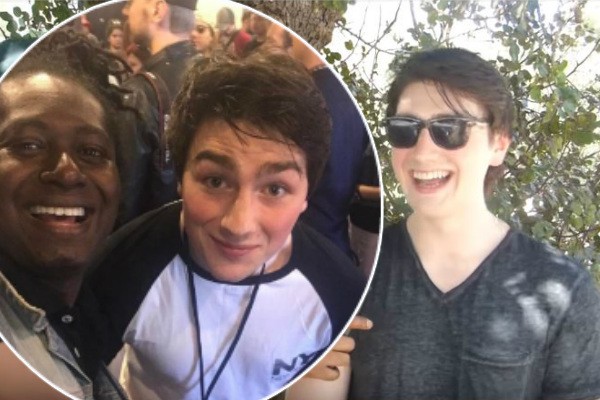 Brendan Murray: I’m sure Louis Walsh will fly to Kyiv Everything he says about the performance seems promising! It’s obvious how excited he is about the overall staiging and performance! Fingers crossed we see sth really good from Cyprus this year!!

Whew, non-qualification confirmed then. That video is just as basic and boring as his song.