He’s the teenage prodigy representing Bulgaria in the second semi-final of the Eurovision Song Contest 2017 with “Beautiful Mess”.

And on Friday Kristian Kostov took another step to the contest by unveiling a candid snap from the shoot for his Eurovision 2017 postcard – the short clip that introduces each Eurovision act before they perform on stage.

Some acts choose to showcase their city, others the span of their nation, and others perform activities that are dear to them. There can be a theme for the postcards, such as 2014, where acts created their flags in illuminating ways.

The overall theme for this year’s postcards isn’t clear, but from the snap shared through Bulgarian National Television’s Eurovision Twitter page we do know one thing: Kristian’s postcard will feature an adorable little dog called Zacks.

Zacks and #Bulgaria‘s @KristianKostov_ during the postcard shooting in #Sofia. Do you want to know more about our little hero? #Eurovision pic.twitter.com/loLEd46QSO

The other insight shared is that the postcard has been filmed in Sofia — Bulgaria’s capital city and the host city of Junior Eurovision 2015.

Kristian has been hitting the Eurovision Preview Party circuit hard.

Although he missed the first event in Riga, he’s appeared at every subsequent party, performing “Beautiful Mess” for crowds in London, Tel Aviv and Amsterdam.

His last scheduled stop is today in Madrid at the ESC Pre-Party Spain.

After he says adios to Eurofans there, his focus will shift to Kyiv itself. With less than a month to go, it’s time to rehearse, refine the staging and make sure they pick an outfit that adheres to the LED visuals and atmosphere.

Are you excited to see Kristian’s postcard? What do you make of the Bulgarian song? Let us know in the comments below!

Bulgaria's Kristian Kostov will sing "Beautiful Mess" at the 2017 Eurovision Song Contest. He may be the youngest singer at Eurovision, but he's got one of the most talked-about songs. Express your support with this contemporary design that shows there is beauty amid life's chaos. LINK IN BIO. #eurovisionsongcontest #eurovision2017 #eurovision #celebratediversity #kristiankostov #beautifulmess Wiwi Jury: Greece’s Demy with “This Is Love” 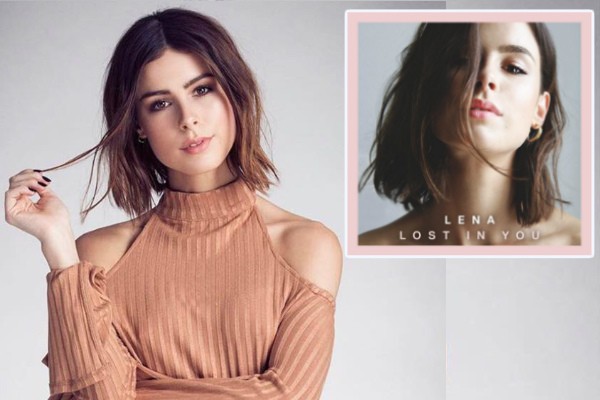 Taken by a stranger? Germany’s Lena is “Lost In You”

Come on ! Kristian Kostov is not gay, he is just young. He had a serious affair with Darina Yotova, but they broke cause both met other people at the same time, and he keep being very jealous, which is really not a gay attitude toward a woman !

Hi there, just became alert to your blog through Google, and found that it’s really informative. I am gonna watch out for brussels. I will be grateful if you continue this in future. A lot of people will be benefited from your writing. Cheers!

Kris is definitely one of the most interesting performers this year and his age is part of the appeal… I am not only comfortable with his age, I admire what he brings on the table. And why is it so important if he is gay? Some people keep on regurgitating this question on every post. Either way, he is an awesome performer and that is what matters. I can’t wait to hear more songs from him and buy his album.

@eve the pathetic – Aww, glad to have such passionate follower, kisses from Eve the pathetic 😀
Btw, I said Bulgaria, not Belgium, do your homework properly!

@Purple Mask: Not really. I think we tend to underestimate how people at that certain age range can manage to perform well in front of hundreds of people. In theater, they have kids as young as six playing roles for shows like The Sound of Music, Miss Saigon and Les Miserables thus performing isn’t really something new.

Think Selena, Britney Spears, and even Lea Salonga when they were younger. Young performers undergo training to be able to do what they do, but of course, parental guidance should always be present.

To talk about the age is ridiculous, what have you done against modern day slavery? Do you know that in some European countries in the East (like Bulgaria) is illegal to give money to children beggars, because they are slaves used by mafia? Probably you feel good if you give money to beggars, without thinking that you’re a sponsor for mafia. Leave Kristian alone, he is not victim.

@ Purple Mask- I can’t see why would that be problem? To be honest, I’m more uncomfortable with child labour in ”3rd world” countries than in Eurovision 🙂

I wonder if I’m the only one who feels uncomfortable about having under 18s in Eurovision. As a rule, I mean. Anyone else?

What makes you think he might be gay? I don’t think is right to keep telling someone that might be closeted gay. He is half Asian and their teenagers look younger than Europeans are used to see.

@Adriana
No he’s too young for JESC. Only performers greater than 8 years of age are allowed to participate there.

Is this for Eurovision Junior? 🙂

@Elaine
A very credible point indeed.
People being married for several years and having kids with a lady only to realize they were closeted individuals attracted to guys has never happened before.
So stories of supposed breaking up with a girlfriend should once and for all prove that an individual isn’t gay.

The Armenian girl evidently has also been to Crimea, but no investigation is pending. Obviously, they Ukrainians don’t want to anger OTHER European countries, only Russia.

Hence my theory that regardless of who the Russians sent, the Ukraine would find a way to place them in Crimea.

@Aria He’s not gay. He broke up with his girlfriend before he moved to Bulgaria so he could focus on his music career.

@eve, you say all the time the same thing, it will be between Italy bulgaria and belgium, you repeat it in all comments section, you are tiring with your certainties, it’s not because you repeat it that it will happen, poor bookmakers victim …. however you go on others articles about others contestants to denigrate them, you are so pathetic, I hope our favourite flop,with your dirty behavior you should go to hide you, shame on you.

Shhh, don’t tell the Ukrainian government. They’ll ban him from entry too.

God knows, he’s probably been to Crimea at some point.

You were right, he had been to Crimea but Ukrainian nazzis only hate Russia and Russians.

I wonder how the postcards are going to be themed. The most memorable ones were in 2014. The ones in 2013 and 2016 were nice, as they focused on each singer. The ones in 2015 were ok, although they had so much information that that were hard to remember (city landmarks, singer’s home, parcel, object inside the parcel, task to be done and final photo on a street sign in Austria).

@Eve I have the same concern about Portugal though I like it very much!

As for Bulgaria, I see it difficult to win. But they will do great!

I have a feeling that the winner will be a man this time. (Go Francesco!) However, I’d love to see France taking the trophy! (Go Alma!)

At month before the contest, my two favourites to win are Italy and France!

I’m still amazed how young he looks and how deeply enchanting is his voice… Even 2-3 years ago is the same. So he stole my heart twice – once, how cute he is outwardly, and secondly… how mature is as an artist… I wish him great great future and to protect himself because the road he is on is very very tough.

Such a likeable kid–I want to adopt him along with the puppy:-) Great performer too… hard to believe he is 17. And his official video is like no other this year–definitely memorable at first sight

Hi Aria. Maybe with your charm you can change his mind (if he is gay!!!). Otherwise there are lots of nice boys in the world. You’re still young.. Hee Hee. I’m 57 , Gay and married to my husband !!! Good Luck

@Sandro
Yeah he seemed cute and is only 1 year older to me 🙁
Hope he does well still.
Love his puppy though 🙂

Oops. Sorry Roelof. I thought it was you who said a shame he is gay sorry my fault. Aria said it’s a shame cos she’s a girl and can’t have him. I’m hoping that is the reason !!

Perhaps Reolof is a girl (name is disguised) and a shame because she can’t have him??? Correct??

@Aria Who, and where did you find that about the person you’re talking about AND why is that sad.

@Emsp
You must be some blind. But funny comment.
Salvador and Francesco slays on their chariama and camera appeal.
Re-watch their performances 😉
And then saying that Poland can win is just hilarious xD

Salvador has no charisma? LOL together with Francesco they’re the most charismatic performers hands down

Though I personally like Portugal, I can’t see it winning simmply ’cause I can’t imagine average ESC viewer to vote for this. It will be between Italy, Sweden and Bulgaria.

Portugal has no chance just weird and no charisma, Italy will mean nothing for viewers at first sight, Belgium is depressing, only France, Romania, Bulgaria, Hungary, Poland, Sweden have a chance.

Same as Paul D
This year is winning Italy, Bulgaria or Portugal.
I’m worried about juries cause they suck every generic song produced by Swedes (like Beautiful mess).
Italy and Portugal are much more authentic.

Wish you all the best in the Ukraine ! If Bulgaria won , the organisation would be awesome … I believe . My country isn’t rich , but as you remember JESC 2015 was on a high level with huge budget … so ESC 2018 in Sofia ?

So much lobbying for Bulgaria Portugal, France, Italy this year from Wiwi. We have 42 countries at contest not 4 ,5.

What a cute pupper!!!

@catalo Portugal will win, I am almost sure about that!

Sofia 2018, its not even a contest anymore. Just move that stage to Sofia now.