Melodifestivalen is a gift that just keeps on giving. The hit-making factory has produced five Top Five Eurovision entries since 2011, never mind the amazing acts who don’t actually win the show yet go on to have great careers.

Some of those stars — Dolly Style and JTR — have been busy recording new music, so prepare to treat yourself to some pure Swedish boyband/girlband pop pleasure!

Dolly Style are back with their first new song of 2017. But don’t let the cute title deceive you: This is not the typical bubblegum pop that we expect from the trio. “Bye Bye Bby Boo” is about dealing with teenage heartbreak, and it is noticeably more grown-up than the dolls’ previous material.

Just as the band’s line-up has undergone many transformations, so too has their sound. On “Bye Bye Bby Boo” they sing with intent: “This ain’t a heartbreak show / all that I do is grow / cos it’s over”. But don’t worry, they still have all of the sass that they showed at their Melfest debut two years ago: “Oh baby don’t be sad, you’re my best mistake.”

“Bye Bye Bby Boo” is probably their most radio-friendly offering yet. The accompanying video looks super expensive, and the dolls’ trademark aesthetic has been tweaked and polished to perfection. Gone are the cute tweens and in their place stand three stylish and confident women. Please can we be friends?

Dolly Style made it to Andra Chansen of Melfest 2015 with “Hello Hi” and again in 2016 with “Rollercoaster”, which remains their highest charting single. This year they threw their support behind Lisa Ajax, who was then almost revealed as the band’s newest member. One can dream!

JTR took part in Melodifestivalen 2015 and “Building It Up” advanced direkt til final alongside eventual Eurovision winner Måns Zelmerlöw. The band is made up of brothers John, Tom and Robin, and they shot to fame in 2013 after appearing on The X Factor Australia.

And it’s not just Dolly Style who have had a musical evolution, no sir. JTR’s current sound is quite different to their original boyband-lite stylings.

“If I Didn’t Know Better” sounds like it was taken straight from a fresh Spotify playlist. The country music inspired dance beats are totally catchy, and the layered vocals give the song an anthemic feel. Here JTR prove that they are so much more than just boyband pop, and it really works in their favour. These guys are cool.

The music video for the track is simple and shows the brothers brooding stylishly (as we all do), while singing about love and heartbreak: “If I didn’t know better / I’d call you up around midnight to say I miss ya.”

JTR finished in tenth place in the final of Melfest 2015, and this year, they showed support for eventual winner Robin Bengtssons. Maybe next year will be JRT’s year?

So, who are you feeling? Do you prefer “Bye Bye Bbay Boo” or “If I Didn’t Know Better”? Let us know in the comments below! 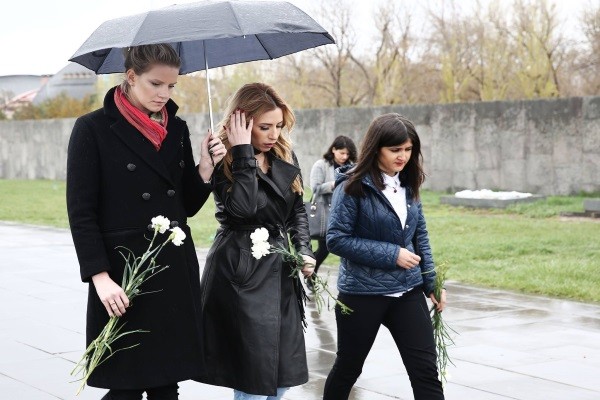 Good songs both of them. But JTR’s song is a MASTERPIECE!!

Puke! I hope they will never return to Melodifestivalen. Fakes!