They are two divas relying on power vocals to win over Europe in May.

And this week Georgia’s Tamara Gachechiladze and Denmark’s Anja Nissen revealed that they will have a little extra help as they prepare to fill the arena with their voices at Eurovision 2017.

In fact, they’re going to have a whole host of people with them on stage. Both ladies will have five backing vocalists with them — making good use of the six person limit.

We’ve seen Tamara take to the stage solo since the national final in Georgia. That won’t be the case in Kyiv though, where she’s got a five-piece backing troupe who’ll lend their vocal skills to “Keep the Faith”.

All members of the backing group have plenty of experience when it comes to live singing. There’s no doubt that they’ll be more than capable of layering Tamara’s already impressive vocal and giving it even more power. Europe is certainly going to hear Tamara’s call now!

Anja also brings five backing singers to Kyiv. We’ve already heard Anja use backing vocals for parts of “Where I Am” at DMGP, so this doesn’t come as a particular surprise.

Her team certainly has plenty of Eurovision experience to hand. Among them are Linda Andrews (backing for Hannah Mancini & X Factor 2009 winner ), Julie Lindell (backing for Paula & Ovi in 2014) and Andy Roda (backing for Basim). The other two members, Trille Palsgaard and Jasmin Gabay, both work as backing and vocal coaches professionally.

Knowing she’s secure with her backing vocals will no doubt allow Anja to focus in more on her job at hand. We’ve seen Anja become emotional throughout the pre-party season when performing the song. If she can channel that more in her vocal, Denmark could pop a surprise.

What do you think about each singer’s teams? Do you think the extra vocals will help or hinder the acts? Shout out our thoughts on the wiwibloggs app, or comment below. 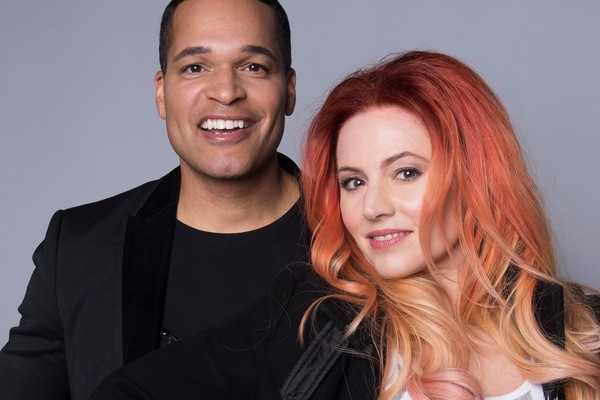 Both of them are great singers. I expect that Anja will qualify, I really love “Where I Am”!
I have doubts about Tamara, I like her but “Keep the Faith” is not in my list of favorite songs. I’m sorry. :/

I think Anja could surprise us like Zöe last year. I’ve seen a lot of people ranking Denmark pretty high.
Not much hope for Georgia =/

They both have such powerful voices anyway that they don’t even need backing vocalists but I’m sure this will be a great addition to the stage performance. Exciting!