Australia frequently rides under the radar before bringing the house down at Eurovision. And they definitely surprised us this morning as Isaiah Firebrace oozed class and soul during his first rehearsal. The 17-year-old star stands on a Lazy Susan — you know, that wooden table that you use to pass the bread and butter. At times it turns him, but at other times he walks against the grain, suggesting the struggle that he discusses in his song “Don’t Come Easy”. The LED is glorious. It features images of him in different guises — pink and Andy Warhol-esque, under water, striking a pose. But in doesn’t come off as vain, instead suggesting something meditative and self-reflexive — after all, he is singing about his pain. There are some nice aerial shots from above and at one point the camera zooms down from above as floor turns a series of psychdellic colours including pink and yellow. Another interesting shot comes when the camera seems to zoom in an his eyeball and swallows the stage.

Read all of our Australia Eurovision news here 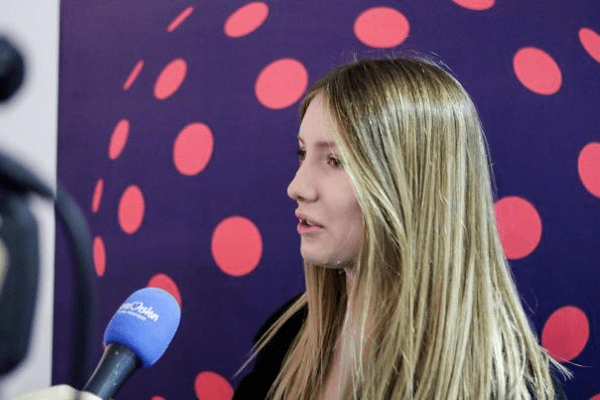 This guy is really likable! 🙂 I also really enjoy how he experiments with his singing.

I got almost nothing from this performance when I saw the clip! I only saw the background which was quite good and gives an intimacy to the performance!

The truth is I didn’t notice the turntable! However, I have a really positive reaction to this rehearsal! I believe we’re going to see sth really good from Australia!

I have a good feeling about this!

Still have a feeling this is going to be really good…

I guess I’m missing something because I didn’t find THAT good.

COULD YOU PLEASE, 1st post a short video of the rehearsal and then a video of your jury or 2in1, cause we don’t know what are you talking about. We need to see it first as well. Also please never post a video of the whole rehearsal cause it will be like a trailer that reveals everything about the movie. Don’t kill the excitement. No spoilers please.

I do think that the backdrops make the whole entry seem a little more dynamic that it’s actually is. I still don’t relate to it emotionally, but I guess it’s gonna be visually good.

My winner is Australia. Love the staging and smooth vocals !
1)Australia 2)Bulgaria 3) Azerbaijan.

So self centered, is he a star in australia? because its the only way to justify all that led going on

The Orinoco Child
Reply to  esc1234

No he isn’t. After he won X Factor Australia his debut single was the worst performing out of any of the previous winners.

Kind of, he’s a rising one and has enjoyed chart success in Europe with the song he released before Eurovision. He’s super nice and down to earth though, like Dami.

Totally agree with you. He’s such a humble person. He’s got a bright future ahead. No doubt eurovision will be a platform for his music career. He’s got what it takes:=)

His vocals are flawless

So excited for Australia this year! Definitely flown under the radar, but have emerged to surprise us all! 🙂

Flown under the radar? He’s been stuck at #6 in the odds since the song came out (and it was even higher before), and the only reason I can find is Australia’s past successes. This year, I’m expecting an Israel 2016 type of result at best.

In terms of press, news, general talk, Australia has barely been mentioned compared to a lot of other songs.

Some people can’t accept that Australia have come up with brilliant staging and surprised us once again. He already has strong vocals and the staging elevated the song. I agree with William that it sounds so much better live. Top 10 or even better this year.

George Austin Tay, is that you?

All these basic stagings for the already boring songs of Australia and Albania are making me think of one thing: more room for Finland to come through <3

Was going to say that. I’ve been saying that within the Wiwi reviews, Finland will most likely be out. Based on what I’ve seen so far, Norma John might have a very chance of qualifying.

As for the staging here, the LED Isaiahs is turning me off. Never thought I would agree with Padraig on this!