She’s a jazzy singer with a smooth voice and a quietly powerful song. And during her first rehearsal at Eurovision 2017 Czech Republic’s Martina Barta used edgy staging to make her classic number more contemporary. The rehearsal opens with her hunched on the floor — back to camera — and wearing what appears to be a space suit made of gold tin foil. She slowly stands and, like her predecessor Gabriela Guncikova, undoes her pony tail to show a sassy woman in total control of herself.

The stage is bathed in purple and golden light — but this isn’t the gold we’ve seen countless times before. It’s warmer and has a celestial feel, creating the sense this song isn’t of this Earth. At various times the LED nods to her official music video by flashing images of its cast in their underwear. Later, the LED is covered in oversized eyeballs, conveying a sense of intimacy and “look into my soul” realness.

As ever Martina delivered the song with poise and rich vocals. She also proved that you don’t have to shout to make an impact. This remains a borderline qualifier at best, but it’s not destined for the bottom of the semi.

Read all of our Czech Republic Eurovision news here 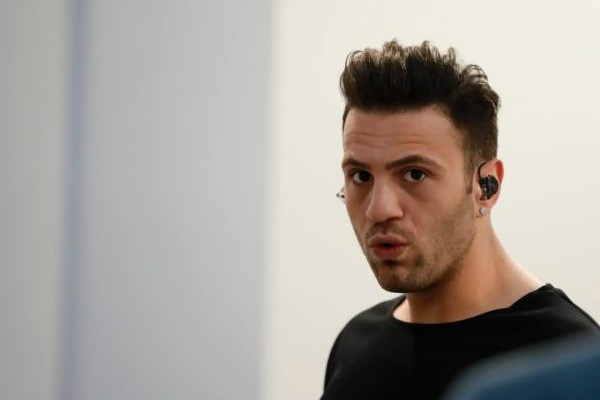 I was kinda expecting the ppl from her MV to be on stage with her? and not as video backdrop instead. Hmm perhaps it was too expensive. I still hope that she’ll qualify because the song has a really deep meaning behind it.

Oh gosh no! The tin foil suit is hideous! Whyyy?!

The background is taken from the music video! And I’m not a fan of how Martina is dressed!

If that perfomance was in the second semi final it would have more chances. Unfortunately, it’s in the first so it would be a suprise to watch it again in the final.

Hmm, ballads do have it hard finding the right staging.
It’s clips from the music video, if I take it right?

The outfit choice is unexpected but I like it 🙂

I hope this will be one of the qualifiers.

I love the song and the staging gives me hope that this might be a surprise qualifier after all.

Armenia is next,it will be the best performance,mark my words

I quite like the song but the staging is not what I expected.

Well… really nothing remarkable at all about this one. Is that a tin foil dress?

Such a nice song. Still have to see the whole performance to really get a feel for it.

I have my suit on, no need to worry
Give me your body, let’s write a story
Our body language
Rocket to the stars
~ Paulo Coelho