She recently met with wiwibloggs in Los Angeles and promised to deliver intergalactic and futuristic staging in Kyiv. And on Monday Iceland’s Svala did just that, serving Star Wars Queen Amidala realness during her first rehearsal at Eurovision 2017. She was a vision in white, wearing a snow-coloured cape and top, which she paired with brightly-coloured spray-on leggings. By ditching the pantsuit from the national selection and adding some cute Jamie-Lee-like hair buns, she softened the visual presentation and enhanced her femininity, which might make this more accessible to many.

This has definitely improved since the national selection — Svala knows how to command a vast stage. But following the high-energy, over-the-top performance from Moldova, this feels somehow languid and sluggish. The visuals, while definitely hitting the futuristic note, don’t seem particularly high impact at this point. But perhaps a rain of pyro and flames are coming later in the week. 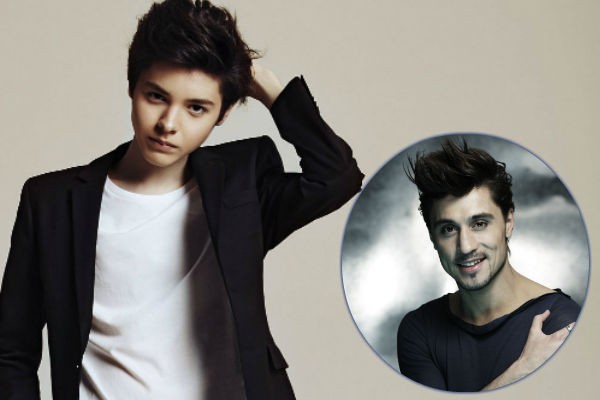 I Think that out of all the Nordic countries Iceland could be the only one who misses final.
Not because of the song which is strong but because the overall vibe. There is a Greta/Mei Finegold feeling over the entry

Looks like she borrowed Aninia’s cap thing from Melfest.
I still can’t get over the fact that Iceland picked this song! Knowing how badly my predictions go, it would be fitting if this qualified for the final when Greta didn’t. I would be surprised if it did, though!

I’m not a huge fan of the song but I do like it! But the staging is so underwhelming! At least for now!

You are so rude, who are you to write negative comments to almost all of the countries? Are you the God of Eurovision or Something? Such a looser.

Do you expect me to enjoy everything? I’m a perfectionist, sweetheart. If something isn’t working for me, I’m just going to say it, and I’m not even being rude. If you can’t handle criticism, then go deal with people with a “looser” personality.

Polegend Godgarina
I get it , you have nothing better to do than sit here and write nonsense..and to troll lots of countries..if that not looser behavior i dont know what is sweetie.

Svala obviously believes this song is meant for a big, flashy performance. Why? This is more of a personal song. It should be very visual, but also really concize. Svala standing in a white or blue dress with very subtle movements and a background resembling water or wind would be enough for this. No need for lazers. Even more distracting is her way of dancing; it comes off as bit harsh and rough, while the whole point of the song is baring her feelings.

Playing catch up with the 2nd half… some were good while others were bland.

With 4 songs left (Czech Republic released their clip):
1. Greece (still think the song is bland but the staging looks great)
2. Sweden
3. Finland
4. Azerbaijan
5. Moldova (its fun)
6. Montenegro
7. Poland (Kasia looks great but not sure with the 30 second clip)
8. Czech Republic (same as Poland)
9. Australia
10. Albania
11. Iceland (sounds ok but still not a fan of the song)
12. Belgium
13. Georgia
Inc. Portugal

I don’t know what kind of staging would convince me to like this song, I simmply don’t like this, sorry..

I really want Iceland to make it to the final again, but I have a feeling that this year they have trouble balancing out “pop” moments and “arty” moments leaving a rather shallow taste overall.

The staging looks cool, I love the lazers and the vocals are on point. Her dress is also great. But there are so many good stagings in this SF (Sweden, Australia, Finland, Azerbaijan, Portugal, Greece, Poland and Moldova and more to come) that this will get lost. But anything can happen, and this rehearsal looks promising 😀

They lost 43 pieces if luggage at their arrival? And yet Svala managed to perform well.

I’m hopeful she won’t have the same fate as Greta. This really deserves to qualify.

Interesting. Lady Gaga-esque but also not so much.

After her awful national final performances back in Iceland, I thought she’d at least improve something, but nope. I hope she knows that she won in Iceland solely because she was the only big name there, while on the big stage in Kiev no one will know her… if this doesn’t change, bottom 3 in the semi confirmed, I guess.

Well at least she’s on the search for Ukrainian fans! 🙂