In 1972 she placed fourth at the Eurovision Song Contest with “Als het om de liefde gaat”, whose title translates as “When It’s All About Love”.

And today Dutch Eurovision fans were oozing love — and shock and sadness — as they learned that Sandra Reemer had passed away after a long fight with breast cancer.

Aged just 66, Sandra was a symbol not just of Eurovision, but also of the tolerance and diversity her country is known for. Born in Indonesia — and of Dutch, Chinese and Javanese heritage — she competed in the contest at a time when its performers were cut from a more homogenous cloth. She blazed a trail, for sure, but Dutch remember her mostly for her spirit, lovely voice and songs that capture an era of Dutch musical history.

She competed three times — in 1972, 1976 and 1979 — tying her with Corry Brokken for the most appearances. For her first outing she competed with Dries Holten under the group name Sandra & Andres. She returned four years later and took centre stage on her own two feet — and with her real name. “The Party’s Over” placed ninth.

A master of re-invention, she returned again in 1979 as the front-woman of the Dutch six-piece Xandra, who sang “Colorado”. It spoke of her love for the American state, where “the dollar is not so expensive” and where she could “buy a second-hand horse”. Despite finishing 12th, it went on to become a Top 10 hit in Sweden. She later performed backing vocals for The Netherlands’ 1983 act Bernadette.

Dutch Eurovision commentator Cornald Maas was among those paying tribute to the singer, who was also a successful TV presenter.

He wrote: “#SandraReemer — elegant, with her heart in the right place, and with the guts to represent The Netherlands 3 x (successfully) at the #songfestival”.

Last summer, she continued to spread the love with Eurovision fans, singing a 15-minute medley at the Berlin Eurovision Weekend, which you can watch below.

Last year the singer and her team put her personal web site on hiatus so that they could “fully focus on her healing.”

The web site asked fans to continue leaving messages in the online guestbook. Owing to her treatment, they explained, “she unfortunately cannot respond to comments, but she definitely reads them. All your loving messages contribute to her recovery process.”

If there’s any comfort to be had, it’s in knowing that Sandra lived her life to the full and touched millions along the way. After a prolonged and brave fight there is, as in the lyrics of her 1976 entry, peace: “Yes, the party’s over now, One of those bad dreams, Suddenly came over me, But now I feel at ease.” 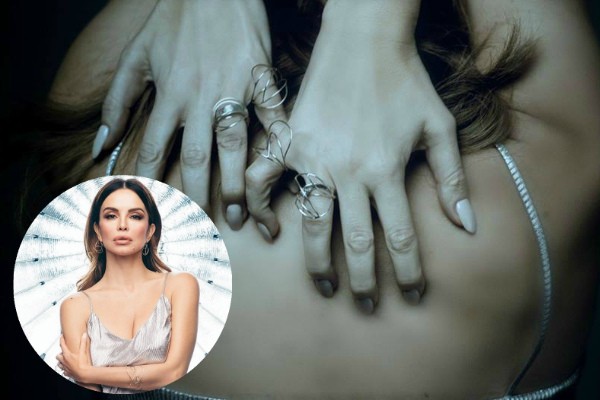 RIP, hope she found peace after such fight. I’ve heard that Brian Kennedy
(Ireland 2006) has cancer. What are the news about him?

? Was supposed to be a sad face… this happens to me for the second time today. R.I.P. Sandra, we will miss you!

Heaven reclaimed an angel.
Warm and charming, a diva when it came to musical perfection, but loved by the Dutch audience, as a singer and successfull tv-presenter. Lives on in loving memory.

Very sad. Goodbye, Sandra, and thanks.

I’m a bit shocked. She was an angel on earth. Thanks Sandra for everything you’ve done for us. ??

Very nice tribute with a poignant conclusion, but Sandra’s legacy will live on. Three great songs for The Netherlands in a single decade, all entirely different of each other. A true, original, Eurovision chameleon.

As an Indonesian Eurovision fan, I am really saddened with her passing. You know, I and my friend really proud because although my country is so far away from europe, we have some contestants with Indonesian descent. Deep Condolence for her family and relatives