Ilinca Bacila, the female half of Romania‘s act that yodelled the country to seventh place at Eurovision 2017, isn’t a one-trick pony.

And she proved that again recently by unveiling covers of Lucie Jones‘ “Never Give Up On You” and Beyoncé‘s “1+1”.

Writing on Facebook, the “Yodel It!” singer revealed that she covered the UK act’s song before she even knew that she herself would perform on the Eurovision stage in Kyiv.

Lucie won the UK national selection Eurovision: You Decide back on 27 January and Ilinca feat. Alex Florea won Selectia Nationala on 5 March, giving her more than a month to feel inspired and record her take on the song.

In the caption, Ilinca says: “I was looking through my gallery and found this.”

“I did this cover for fun, before I even knew I was going to participate in ESC. Fell in love with this song from the first time I heard it.”

Ilinca also covered Beyoncé’s “1+1”, which she uploaded on Instagram.

Given the clarity and power of her voice, it’s easy to understand why the reactions have been so positive.

Fans are happy to see this side of Ilinca and to hear her break outside the yodeling bubble.

It continues the trend of her escaping the Alpine mould.

During the week of Eurovision, her label released her single “Amici”, a power ballad which only featured Alex Florea as her ex-boyfriend in the video — and no yodelling whatsoever.

Upon return to Romania, the pair have repeatedly brushed off rumours that they are now a couple.

What do you think about Ilinca Bacila’s covers? Is she ready to leave yodelling behind and have a solo career after Eurovision? Let us know in the comments! WATCH: Eurovision 2010 winner Lena gets personal on new single “If I Wasn’t Your Daughter” 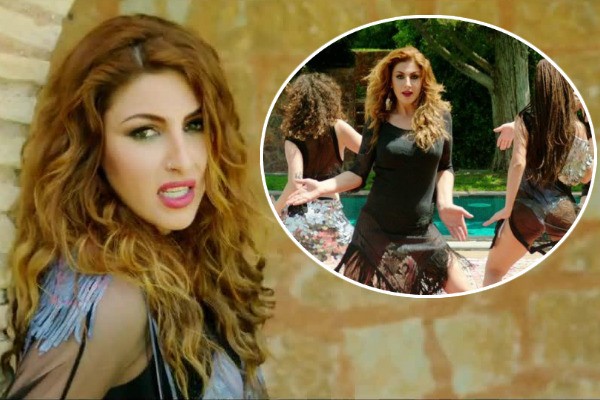 I’d love to see her enter Selectia Nationala on her own. She has an amazing voice, yodeling or not.

She should compete alone. I don’t get why she yodelling when she can sing that well

what about new single It’s complicated from Maraaya(Slovenia 2015) and BQL (second at EMA 2017)?? It’s a great song and it will be a great hit. Btw Maraaya is now VEVO!!! c’mon wiwibloggs!!!

She should collaborate with super songwriter, Sia. Illinca has a beautiful and powerful voice.

It”s amazing voices.I”m realy proud of her.ILINCA is my goddaughter 🙂

Nice, what can I say….covers for summer break.
If she has her own song she should stop those covers.

She should never stop doing covers. Each artist has it’s own perspective of a song and it should be interesting to see what’s going on in their hearts and/or musicality. Btw, you might know that even bigger artists are doing covers for songs they like.