In 2013 he was the weird guy with the slow song who gave Hungary a surprise hit and 10th place finish in Malmö. In the years since, ByeAlex has proven that he is oozing talent, and has made fans even happier with his new album Szív(sz)Kill released with his band The Slepp.

Szív(sz)Kill is ByeAlex’s second full-length album since his 2013 debut album Szörpoholista. But after performing for several years as a solo artist, ByeAlex has recognised there’s strength in numbers as now performs as part of his band The Slepp.

The album is romantic, dark and at times eccentric, but it never veers into off-putting territory. Szív(sz)Kill consists of 14 songs, including previous singles “Még mindig”, “Nehéz vagyok” and “KicsiLány”.

Now that he performs with a band, ByeAlex’s music has more of an indie rock sound than the electropop influence of Szörpoholista. Alex’s busy life also has influenced his new work. He is currently a judge in the Hungarian X Factor and he’s in love. While he’s not saying who the lucky girl his, the influence of his romantic feelings for her shines through clearly. Feel the heat and say awwww.

What can you expect?

Here are a few of our favourite tracks from the album, which should give you a taste of his evolving sound.

A party anthem for a carefree Saturday night. Just drink one shot or two and listen the song “Részeg” (Drunk).

One of the cutest and happiest romantic songs of the summer.

And what about the hardest period of a relationship, when the stakes are high and morale low? Behold “Nehéz vagyok” (I’m difficult) — a tune about his many mistakes.

The album’s lyrics are entirely in Hungarian, but just like “Kedvesem” (and Joci Papai’s “Origo”), the emotion and music transcend any language barriers. Just open your heart and let ByeAlex in!

What do you think of ByeAlex’s new album? Are you loving his new sound? Should ByeAlex return to Eurovision? Share your thoughts below! 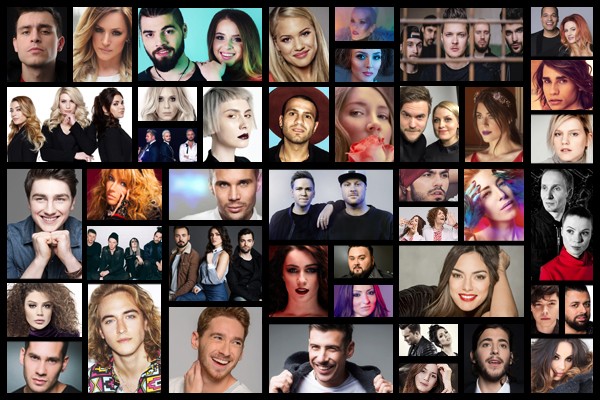 Poll: Which Eurovision 2017 songs are you STILL listening to?

Thanks to the author for the article! Very pleased!

I feel it interesting, your post gave me a new perspective! I have read many other articles about the same topic, but your article convinced me! Thanks your share!

The emotion and music transcend any language barriers. Yes (y)

His song from 2013 was great! I like some of those songs too. Not all are in the indie rock style. Good still. I love indie / rock in general

While it’s not my style, but I enjoyed 10 – 14 tracks’ previews, and if Bababo would have got an edgier sound (minus Lotfi Begi here), it would smash! No clue about the lyrics though 🙂
On other side, I like this last Lofti Begi remix as it cares about my ears and mood.

*it would smash me (about Bababo), as it has got half-million views on youtube with good ratio

I’ll have to have a listen!

Something I’ve never been able to make out, at his performance in Malmö, is one of them wearing a shirt with the Monty Python knight?