Latvia’s LTV has today confirmed that it will participate in the Eurovision Song Contest 2018 — despite crashing out of the first semi-final in Kyiv.

Triana Park’s exit came after Latvia achieved back-to-back appearances in the final in 2015 and 2016, led by singer-songwriter Aminata Savadogo. In Vienna her self-penned entry “Love Injected” placed sixth overall and came second with the professional juries. A year later she wrote “Heartbeat” for Justs, who also managed to slay his way to the final in Stockholm.

The country’s recent non-qualification has no doubt brought the Aminata-shaped hole in their Eurovision efforts into sharper focus. As Riga hits the drawing board and producers devise plans for next year’s entry, they’ll likely look at their past qualifiers and, of course, their eight non-qualifiers to plot strategy. Among the latter are four acts that finished dead last in their semi-finals.

With that in mind, we thought we’d take a quick look at some of their failed entries and ask you to name your favourites. If you have time, perhaps you’ll let us know what you think went wrong with each of them as well…

The lead singer told his lover that “when there is nothing else, I think that I still have a song I can sing to you”. Unfortunately Europe didn’t want to hear it, perhaps owing to the band’s disheveled look and throwback sound. It remains the only song Latvia has sent in its national language Latvian.

The song’s title means “Traffic Jam”, but it seemed to better capture the noise of a car crash.

The Russian-language song carried a broader message about being stuck in the travails of one’s personal life, but that got lost among the rather irritating sounds, which included plenty of clangs, bangs and discordant harmonies.

Accompanied by a squeeze box and backing vocalists dressed in all black, Aisha lacked a compelling melody and sensible lyrics. Trying to get all philosophical, she invoked a mobile phone.

Dressed like waiters and seated on stools, the two-piece Musiqq asked fans to “kill me with killer kiss” and to “love me with luscious thighs”.

Their idea of romance sounded rather pervy. But far worse was the lazy, dated sound.

Poised to star in The Real Housewives of Riga, beautiful Anmary sang of Johnny Logan and her desire to write and sing a beautiful song “that everybody hums and everybody loves.” This wasn’t it.

They brought energy, life and some very sparkly suits. The song had a rather catchy and anthemic chorus and if they hadn’t had to open the show they may have been spared last place.

Alas, they did open the show and their rapping took them to the bottom.

Led by German singer Jöran, this short-lived four-piece sang of baking a cake and the difficulties that come with that.

Whimsical, kooky and terribly sweet, it was perhaps the high point of Latvia’s non-qualification streak. Make some dough, add some love, let it bake, wait for it…

In a year when Supernova didn’t feature an Aminata song, Triana Park still managed to generate buzz among Eurovision fans, who largely respected the group’s rebellious form of acid pop.

Sadly Europe didn’t and the group finished dead last with the juries and 16th of 18 acts with the televoting public. The overall result put them last.

Poll: What is your favourite non-qualifier from Latvia at the Eurovision Song Contest? 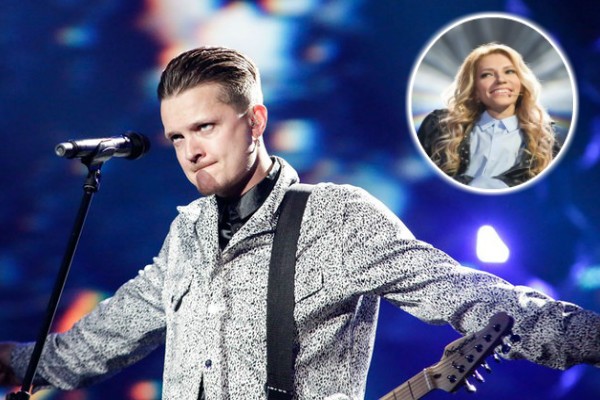 I think “Angel in disguise” was always one of the best songs in 2011. It is still too underrated. They were great vocalists and the song is an earworm. It wasn’t dated? Wash your ears, honey 🙂

Hello Wiwibloggs admins, I have a question. To William, or whoever might be able to reply 🙂 I hope you please can reply? Thanks? I wrote some more messages in this thread. Some short replies, mostly about how well I like some songs, as far as I remember. They have suddenly dissappeared. Not that they were so important, but I wonder why?A techincal failure? I noticed the same thing in another thread to today. The number of replies wasn’t the same as the number stated on the first page “(e.g. 4 replies to a thread which atually only had 2… Read more »

Anmary with “Beautiful Song” was one entry I first hated with passion (so damn cheesy!) only to fall for it big time later (so lovely!). It got my vote.

Line is a good song with unique performance and didn’t deserve to end-up last, although it is repetitive. What for is probably the strongest one lyrically, but that terrible performance killed it’s chances. Beautiful song is my guilty pleasure. Gosh, is that song stupid, but I totally dig it. I still wonder whether it was supposed to be a joke act or not. Angel in Disguise is a good song too. Should have qualified. Here We Go is silly, as well as Cake to Bake, but with these two at least I got the impression they are self aware of… Read more »

I always thought “Angel in Disguise” should’ve fared better than it did. I think it was hurt by staying in an easy, safe vocal range, and it needed more variation, with a dramatic “recap moment.” It’s a great melodic jam, but the stage requires a big punch which was lacking.

What For? is all wrong – but so amazing. It’s one of my favorite Eurovision train wrecks of all time. Eurovision without songs like What For is a sadder place.

Musiqq and Triana Park… just like the other readers it seems!

Latvia often has great songs! Because they are often daring, innovative and alternative…not afraid of taking resisks musically.

Sometimes they are VERY bad too…when they ave infantile and stupid songs. 2008, 12 and 14!

Triana Park is really overrated. I dont know how everyone thought it was a sure qualifier

I haven’t yet listened to the one from 2004, but I will say that of the remaining ones Probka is easily the worst. What a mess, although a musically interesting one. 2010 through 2014 were all good songs. Cake to Bake was my favorite song in 2014 and so obviously I wasn’t happy with the jury’s opinion of it. I am however glad that it beat out that overrated second place song in the national final 😛 Line had the same generic rhythm over and over again… with some interesting improvisations. But what surprises me the most is that anyone… Read more »

Latvia is the queen of last place thanks to the extremely corrupt NF. The best songs in the Eirodziesma and, by the looks of it, Supernova as well, are always MURDERED by the “professional jury” and the winning song is never someone unknown yet very talented, but always someone who is famous in the country and obviously has the right contacts (or ‘blat’ as they say it in the USSR) in the local music scene (which by the way is FAR away from the quality of Aminata). It’s no wonder Latvia was last this year. The lead singer’s vocals were… Read more »

Musiqq should have been in the final.
All of the rest got what they deserved I think.

I voted for musiqq as they are the only one I liked enough to download and listen to.

Let’s spare a thought for Toms from this years national final though with ‘We won’t back down’ which was one of my favourite and most played songs of Eurovision 2017. He was robbed!

We Won’t Back Down was awesome! I also liked a lot ‘Up’ and ‘Escape’.

Same, loved Toms’ song so much!

The Latvians certainly seem to have a ‘line’ in catchy tunes and total absurdity!

I’m quite stumped as to how juries and public vote. Triana Park’s song is very listenable. Like a few other songs from this year’s contest, I still have ‘Line’ on my playlist.

I wasn’t the huge Eurovision fan as I am now in 2011, but I DO recall myself LOVING Musiqq in 2011, and I was sad when they didn’t make it. I was also shocked when Triana Park didn’t make it, the where amazing and even closed the show.

I really like Musiqq, my favorite from that year. 2017 and 2012 are also good, and I recall hearing Beautiful Song on the radio. Cake to Bake is a very cute song as well, I like it.

It is interesting that last place always goes to either a Western European country or a Baltic country.

Moldova and Georgia came last in 2014, I think.

Line is the only listenable one.

What For is still the unintentionally messiest song to ever make it to the Eurovision stage, though. The fact that she was all serious while singing about uncle Joe lmaooo

I preferred their national final performance over their ESC semi-final performance. Especially the camera angles. I loved it when you did that cooky arm thing when the guitars started to shred for the first time and the camera followed her moving arm. That was my favorite part because the lead singer really connected with the audience. They should have left it in their semi-final performance. It is still one of my favorite tracks to listen to off my ESC 2017 CD. They were much deserving to go to the final. For me, Latvia should have replaced Australia (my ears still… Read more »

I absolutely love 2004! Definitely deserved a spot in the final

2009, 2011, and 2017 were all really good and some of my favorite songs that year. 2010 and 2012 were also somewhat good, and 2004 and 2013 weren’t atrocious. 2014 was the only year that Latvia legitimately deserved to place very poorly. I really hope either Aminata will come back next year or we’ll get someone with as much talent as she has.