He won Eurovision 2015 with a high tech, highly choreographed performance and, in the two years since, he’s continued to charm audiences across Europe (frequently whipping out his iconic pointing gesture).

But at Lotta på Liseberg this week, Måns Zelmerlöw left the pointing behind – for one performance at least – as he gave an acoustic performance of his latest single “Wrong Decision”.

Gimmicks are out, guitars are in y’all. In an unusually vulnerable vocal performance, the Swedish star let his scars show with an emotional performance totally at odds with the usual swagger we’ve come to expect from the “Cara Mia” star when he’s on stage.

The stripped back show marked a stark contrast to Zelmerlöw’s performance of “Hanging On To Nothing”. Here was the more recognisable figure of the consummate Swedish showman who feeds off audience interaction.

Though he kicks things off on stage, Måns soon searches out his fans in the crowd, and for full dramatic effect drops to the ground for the middle 8. And that’s why unlike other Eurovision winners, Måns is still in business. He’s a versatile performer and fully-rounded entertainer. We salute him.

Mums-Mums wasn’t the only Melfest face on stage at Lotta på Liseberg either.

Representing the class of 2017, Benjamin Ingrosso performed his 2016 single “Love You Again”. You’d be forgiven for thinking that having his hands wrapped around a microphone stand would restrain his performance, but Ingrosso works the pole for everything it’s worth, before setting off to perform amongst the crowd. He also performed his Melfest track “Good Lovin” and new single “Don’t You Think About Me”.

The boys also shared the stage with Eurovision royalty Elisabeth Andreassen, who won Eurovision 1985 as part of Bobbysocks and performed her new single “Soajit Vinger”. Throwing it down like a kaftan kween, she showed classic never goes out of style in her minimalist performance. 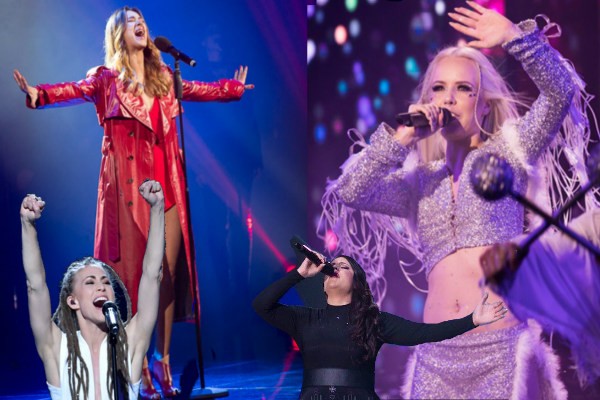 Singing in the rain! Mariette performs at Sommarkrysset despite adverse weather conditions

He “won” Eurovision with juries’ help, not with tech or whatever.

maybe, but he is very deserved winner and great artist after all 🙂

Great performer agree. Deserved wasn’t since other act won televote in a landslide.

Those are not mutually exclusive.