He’s the American-born, Hungarian artist who has experimented with rock, rap and more in the run-up to his imminent second album with the eponymous Kallay-Saunders Band.

And now Eurovision 2014 alum Andras Kallay-Saunders has expanded his horizons yet again by writing, composing and featuring in “Say” — an on-trend new single from his girlfriend Reni Tolvai.

Our readers will remember Romanian-born Reni best as a semi-finalist from A Dal 2016. She met Kallay-Saunders in 2010 during the fifth series of Megasztar, Hungary’s answer to Pop Idol. While Andras came fourth in the competition, Reni took home the title as well as being hailed as Hungarian Voice of the Year. Girl power!

Although the song compliments Reni’s voice perfectly and she totally owns it, Andras has certainly put his stamp on the single. As with his back catalogue, it’s contemporary and of the moment. Their musical partnership makes sense as the song sounds organic to both of them. If he wanted, he probably could have sung and released it himself.

Andras is credited in the title, but his appearance is closer to a backing vocalist than a featured artist. No one loves Andras more than us, but giving the song to Reni rather than sticking it onto his awaited new album was probably a wise move. The track works so well with the female vocal, adding a sultriness that few men could match.

Reni’s new single comes with a practically perfect music video. She masters the wind machine like a pro, and her wet-look red hair is reminiscent of a modern day Little Mermaid. Although he’s usually the star of the show in the Kallay-Saunders Band, Andras has taken a back seat in Reni’s music video — and we are grateful for it!

Since winning A Dal in 2014, Andras has made no secret of his desire to return to Eurovision and to take the famous glass microphone back to Budapest. Joined by his bandmates, he’s entered the Hungarian selection on two subsequent occasions, reaching the final on both attempts.

With an upcoming album, another shot at A Dal glory could certainly be on the cards. And if his most recent efforts are anything to go by, we may well be eyeing up Hungarian hotels for Eurovision 2019. 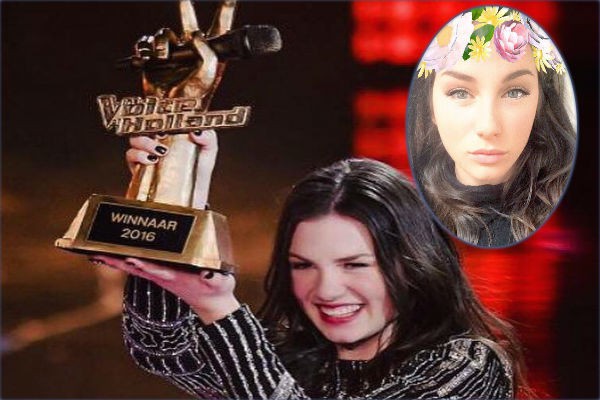 The Netherlands: Is Maan the woman for Eurovision 2018?

I’m happy they are a strong couple and support each other. Greetings from Romania!