She’s the curly-haired blonde whose Melfest 2017 entry is spending a 19th consecutive week inside Sweden’s top 100 – after peaking at two and going double platinum along the way. All this, and Wiktoria didn’t even win the contest!

But on Friday the rising star finally put “As I Lay Me Down” to bed as she dropped her much-anticipated follow-up single “I Won’t Stand In Your Way”.

The track is much more downbeat than what we’re used to from Wiktoria, and has more in common with her January release “Unthink You”.

Whereas both her Melodifestivalen hits had the popstrel yearning after a vagabond lover, “IWSIYW” – that title really is a mouthful – sees her accept that the romance is over. And for once she’s the dumper, “Take your feelings out the door, I don’t need them any more”.

“There’s a monster inside us, and it feeds on love and trust”, she sings. “It’s too late to comeback, there’s nothing to say, I want you to leave”. That’s him told!

This mid-tempo effort allows the “Save Me” hitmaker to display a different side to herself, equal parts defiance and fragility. And it’s further proof that she’s not completely reliant on country-pop bops. However, the instant appeal of said bops is missing.

“IWSIYW” would make for a perfectly passable album track, above average even, but after the (almost) all-conquering “As I Lay Me Down”, it feels like somewhat of a downgrade. Multiple listens are required before you can fully appreciate the song’s nuances, and, still, you’re unlikely to recall it in a few months’ time.

Saying that, we’re more than confident that this is only a taster of more greatness to come.

Wiktoria “I Won’t Stand In Your Way” Official Audio

Outside the recording studio, Wiktoria’s got a jam-packed diary. She’s due to appear on both Allsång på Skansen and Lotta på Liseberg. That’s in between her Diggiloo tour dates alongside Sweden’s Eurovision 2017 singer Robin Bengtsson. They’re joined by a motley crew of heritage acts including Charlotte Perrelli, David Lindgren and Jessica Andersson.

What do you think of “I Won’t Stand In Your Way”? Let us know in the comments below. The Netherlands: Is Maan the woman for Eurovision 2018? 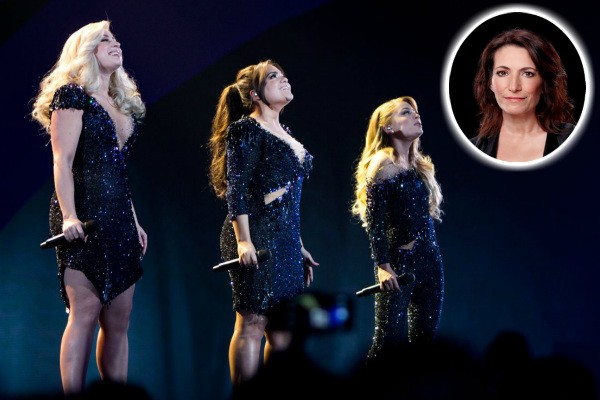 This would be a awesome Eurovision number, she has to make a comeback this year pls!

But you haven’t brought Charles to retaliate that, have you?

Love her! Her voice is stunning!!!!

That flower that she kisses in the picture is Leander???
She must be careful because Leander Kills…(A Dal band)

Well she didn’t knew it obviously, as well as when you sing with uncovered throat and chest on cold air before finals – it might damage you… 🙂

I think she is highly overrated by the ESC Community.

This INCINERATED my wig. Can Sweden send her already? She’s sweet, she can sing, she has great songs, and she isn’t your average trend-hopping pop singer – her songs have a remarkable sound. She needs to release an album already, she hasn’t released one single bad song so far.

She should host MF to give her experience and make her more relatable to the Swedish public. Then let her return in 2020, slightly rebranded as a role model for young women. The music consuming generation has of course already bought into her, but her otherworldly gorgeousness and lack of back story can be an obstacle for her in any upcoming effort to obliterate the televote. She comes across as girly and her performance in this year’s final gives rise to suspicions that she might crack under pressure.
She is, for sure, destined to be Sweden’s representative any year now.