They’re the long-suffering broadcaster that failed to make the final in Kyiv, despite pouring money into postcard filming, an oversized hot air balloon and X Factor judge Louis Walsh.

And on Wednesday Ireland’s RTE revealed just how much it spent on its non-qualification at the Eurovision Song Contest 2017.

“RTE incurred a cost of approximately €331,482 in delivering Eurovision Song Contest television programming to Irish audiences,” the broadcaster revealed, following a Freedom of Information Request from the Irish Sun.

“However, please note that as the RTE annual accounts for 2017 are not yet been finalised, that these costs do not include charges for RTE labour and support costs, as these will only be finalised once the annual accounts have been completed.”

“Along with the participation fee the overall figure includes artist and designer fees, the cost of staging the performance including full dress rehearsals, graphics, props, pyrotechnics, costumes, choreography, postcard filming and song recording.”

The costs covered the expenses of sending a 16-person delegation to Ukraine, including singer and ex-Hometown star Brendan Murray and his mentor — the music mogul Louis Walsh.

However, Walsh’s consulting fee remains a mystery as RTE denied the newspaper’s request for that nugget of info.

But they did reveal that Walsh stayed in Kyiv for four nights and stayed in one of the EBU-approved hotels.

“Similar to other delegation members his flights were economy class,” the broadcaster said.

We can vouch for the last point. On May 14 we bumped into Louis waiting in the very long queue out of Kyiv. He didn’t receive any special treatment at the airport.

RTE was keen to point out that Eurovision remains a ratings success.

“This year an average of 273,000 viewers tuned in over the course of the three nights representing a 21 per cent share. The reach across the three nights (including RTÉ One+1) was 1.6 million viewers.”

As RTE points out, this year’s cost is six-thousand euros less than last year’s bill for Nicky Byrne, which amounted to €337,000.

But both of those figures are significantly higher than the €254,000 RTÉ spent for Jedward’s participation in 2012. Back then, the spending was criticised. But it was also noted that costs were higher than average for 2012, due to the longer flights needed to travel to Baku and the limited choices in hotels.

RTÉ explained that their higher budget for 2016 was due to Nicky Byrne having been internally selected. The budget that would have normally gone to hosting the (already low-budget) national final Eurosong was instead allocated to the staging of the Irish entry, “Sunlight”.

The broadcaster also explained that “Nicky Byrne waived his performance fee in order to channel all available budgets into the stage production.”

Do you think Ireland’s budget was well spent? Do you care if Louis Walsh received a hefty fee? Let us know in the comments box below.

*BUY THE “DYING TO TRY” T-SHIRT 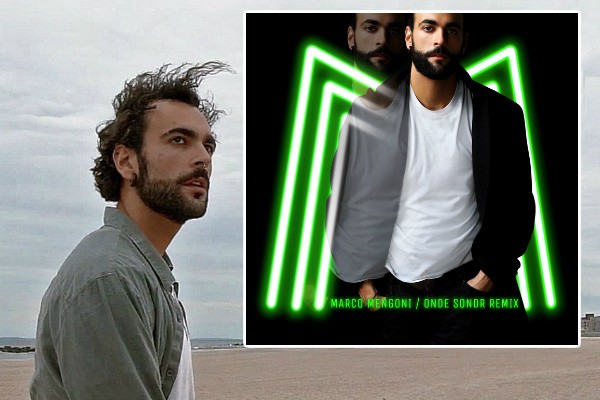 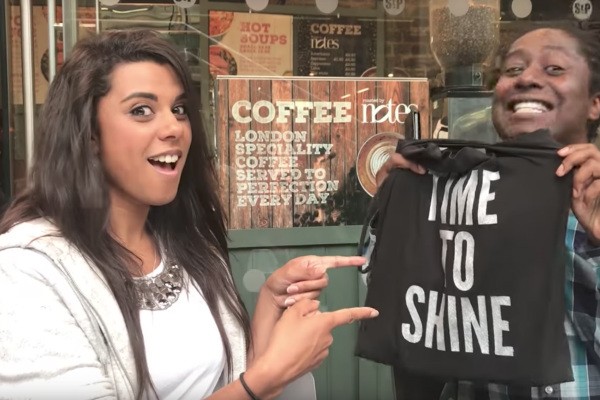 Mélanie René in London: “I like to experiment — and I’m getting a revamp!”

Re. Louis Walsh: You really have to ask what a man in his sixties is supposed to know about contemporary pop music?

Well, if Ireland qualify for the final RTE charge €13,800 for 30 seconds of advertising or €6,900 if Ireland isn’t in the Grand Final. It’s €7,000 for 30 seconds during Ireland’s semi final and €4,100 in the other semi. The final is 3 and half hours and each semi final is 2 hours long so I’m sure there’s enough ad breaks there for them to make the money back. I know the Netherlands spent €500,000 last year for Douwe Bob. I think RTE didn’t do enough to get the public behind Brendan. They brought him on the Late Late Show… Read more »

Whatever you think about Ireland’s expenditure this year, it’s nice that they’re back to actually trying to win Eurovision again.

Cut the crap and overhaul those in chart. Fresh faces needed.

What is the difference between air-balloon and romanian cannons? I like them both, the point is… I don’t think the balloon was the problem, but the colors. Red and black ?… for a song that had the right colors in the video. The clear sky, light blue and green could have been better, something like Croatia, maybe cheesy, but just adding a lot of black doesn’t make it more serious.

How much do the the BIG 5 contribute to the contest

That is an amazing price tag, given that Ukraine is so much more affordable than Sweden.

I love Ireland and I hope they qualify next year, but Louis’ failure face is priceless.

What it wasn’t priceless, Jo. That’s the thrust of the article. It would have cost at least a third of that budget to have that face there.

It’s obvious that Louis Walsh was going to be a luxury. But I’m surprised that he wouldn’t have upgraded himself on those flights. It’s not so expensive within Europe.

How much of a luxury? €200,000, perhaps? Better to ditch him and wipe the slate clean. The boy-band playbook don’t resonate with anyone anymore. Best to come with a slightly more adult-oriented song next time.

RTE are well known in Ireland for being stuck in the past with highly inflated wage bills for all their “stars”. Its no surprise they waste this amount of money on a poor entry just so 14 of their staff get a holiday and week off work.

They lost the plot a long time ago and should consider not sending anything unless they have found a good song.

That’s a lot of money, almost at Big-5 levels…

Whoever is in charge of selecting the songs and artists in RTE have not a clue about modern Eurovision, they’re still stuck in the 90s. I would prefer they go back to a national final, not one on the Late Late Show though, a proper national final. That might be a step in the right direction.

To be fair, RTÉ definitely spent money on the staging- the hot air balloon didn’t look good, but it would’ve still been expensive.

Aye. Look at what their stage directors and designers gave Brendan and look at what Bulgaria gave Kristian. If the set and graphics don’t fit the song, and the song is too close to riding the razor’s edge in public opinion, the whole performance will run the risk of failing. The balloon wasn’t necessary at all.

They made the effort with the staging and pre-contest promotion do credit where it’s due, however the song was dated and the singers voice was a bit marmite. We also were placed in a tough semi with a lot of neighbours.

RTE is such a dated network though I have yet to be convinced that they could do it.