It’s the sunny Mediterranean nation who have competed at Eurovision 34 times without a win. Now more information has been revealed about Cyprus‘ plans for a revamped national selection. Fan media is reporting that the Cypriot broadcaster is in the process of internally selecting a well known songwriter to compose its song for Lisbon. And it’s not Thomas G:Son.

INFE Greece is reporting that broadcaster RIK is in talks with a “well known and successful” songwriter, who will be tasked with writing the Cypriot entry for Eurovision 2018.

The composer is described as some who has had “many successes” and is considered to be knowledgable about what makes a good Eurovision entry. This suggests a songwriter who has previously competed at Eurovision, but INFE Greece aren’t saying who it might be.

But the wheels seem to be in motion. The songwriter will reportedly soon travel to Cyprus to formalise matters with the Cypriot broadcaster.

Earlier it was reported that Cyprus will return to a national final for their 2018 selection. Cyprus last used a national final in 2015, where John Karayiannis won with his gentle ballad “One Thing I Should Have Done”.

But unlike the 2015 selection, the new 2018 show will reportedly only select the singer. Like Israel’s The Next Star For Eurovision and Armenia’s Depi Evratesil, Cyprus’ national final will select the singer for Eurovision. Their song will be internally selected at a later time — and that’s where the mystery songwriter comes in.

The Swedish songwriter Thomas G:son — who has been behind Cyprus’ two most recent entries — is confirmed as not being the songwriter for 2018. While the Swedish maestro had a Eurovision win with “Euphoria” in 2012 his magic hasn’t quite rubbed on off Cyprus. While both Minus One and Hovig made the grand final, they both placed only 21st.

Cyprus has been competing in the Eurovision Song Contest since 1981. They’ve competed 34 times — which makes them the country to compete at Eurovision the most number of times without a victory. They will surely be looking to Portugal for inspiration on how to break that dry spell!

Broadcaster RIK is expected to reveal more information about the 2018 selection process later in the year.

What do you think? Is Cyprus making the right move by internally selecting their song and songwriter? Can Cyprus score their first Eurovision victory? Sound off below! 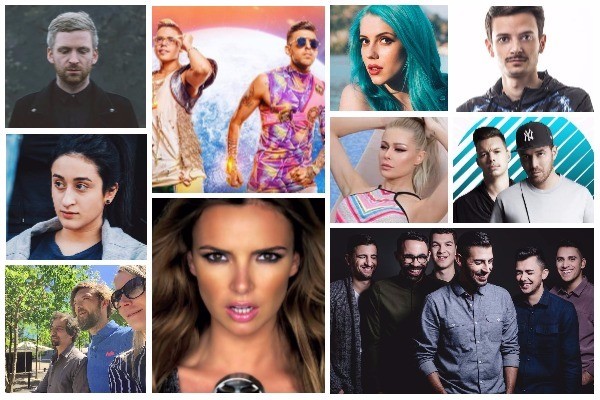 From Ralph Siegel I like Crisalide and Maybe, he is not bad if he sticks to what he does best, but unfortunately he was not successful
Another name might be Lilith Navasardyan from Armenia.

At first, this whole process seems a mess to me! “National selection” for the singer only, and then the song will be internally selected? And let’s say Cyprus chooses a great talented singer, if the song is bad, what happens? Bye bye, and see you next year. From the reports, it’s not clear if it’s going to be an international songwriter or not. So, as I understand they’ll probably collaborate with a Cypriot or a Greek songwriter. But who knows? I don’t know what’s best for them, it seems like the internal selection worked for them. I hope they make… Read more »

U
Reply to  AngieP

Totally agree, it’s time for “new” countries to take the leaderboard by storm. Portugal was overdue a win, and now they’ve got one. Malta has shown they’re capable of hosting a Eurovision-style event (JESC), and so has Cyprus (to a degree)

So this is another “let’s a write a generic enough song suitable for 15 different artists” a la Germany 2017….

In other words, Cyprus will not bring an “already-heard-before-recycled-pop-made-a-la-sweden” entry. Thanks God for that … who still endorses G:son’s bs anyway? Who thinks that his lack of originality is worthy of any merits?

Without G:Son there is finally a chance for an original song from Cyprus

The Tigg
Reply to  Áustria

Unless it is Ralph Siegel

I’m the author of the article in INFEGREECE.gr, that this article was based on and its not any of the names you mentioned, so don’t worry

It’s most likely gonna be a Swede-like crap, so who cares.

Borislav Milanov? … If love was a crime, Beautiful Mess

Those two were also Swedish products … that at least did not rip off any previously released Swedish produced song on the charts internationally that I’m familiar with,

I have a feeling that it will be Željko Joksimovi?

Hopefully not a Melfest reject

If the composer had ”many successes” can be Kirkorov or Johnny Logan. I don’t know if Sweden has one so prominent (more prominent than Thomas G:son).

inb4 is Max Martin, the only Swedish songwriter I’d be here for

But Martin himself is the reason why so many swedish songs inside and outside of Sweden are recycling rip-off … he began this trend in the mid 90s with the BSB, Nsync and Britney and every other has been at the time. Do we want the same thing again and again and expecting the name “Max Martin” to make a difference? No. it’s the same old, same old. People like Thomas G:son and Fredrik Kempe followed his “methods” over the years, the only difference … they never had hits on the Billboard charts. Martin always got away with every single… Read more »

It’d better not be another Swede with a super generic song ripped off a well-known hit.