At the end of June the European Broadcasting Union revealed that it had dealt Ukraine a “substantial fine” over its decision to ban Russia’s Eurovision 2017 singer Julia Samoylova.

“As a result of this, attention was drawn away from the competition and the brand reputation of the Eurovision Song Contest was endangered,” the EBU said in a statement.

“Therefore the contest’s steering committee … has recommended that UA:PBC should receive a substantial fine, in line with the rules of the competition.”

At the time a number of fans were up in arms.

Many thought that Russia had baited Ukraine by choosing a singer who had illegally entered Crimea, and had gotten off without censure.

But on Friday Frank-Dieter Freiling — the chairman of the EBU Reference Group — made it clear that Russia did, in fact, receive an undisclosed penalty.

Speaking to Billboard magazine, in an article written by wiwiblogger William Lee Adams, he said:

“Russia has been called to order in a different way, but without making that public. Both parties involved have been commented on.”

The article does not elaborate on precisely how Russia was called to order. However, the EBU is known to have a number of tools in its penalty kit. It could have doled out a fine, as with Ukraine, or threatened to withdraw rights to other programmes distributed by Eurovision.

That revelation will do much to quell the anger among fans who felt that Ukraine had been drawn into a trap by the Russian broadcaster.

Although the EBU did not reveal the fine it dealt the Ukrainian broadcaster, Ukrainian media offered clues.

Zurab Alasania, the head of the Ukrainian broadcaster, said on television that the fine was up to 200,000 euros.

Following this year’s controversial back-and-forth between Ukraine and Russia, the EBU has introduced a new clause to its official rules that wards off the selection of singers who may have broken the laws of the host country.

The new clause says:  “Neither the selected artist nor any member of the delegation shall have any antecedents likely to prompt the host country’s national authorities to deny them access to the host country, in accordance with applicable national law.”

What do you think of the fact that Russia has been penalised? Are you a fan of the new clause in the rules? Let us know below. 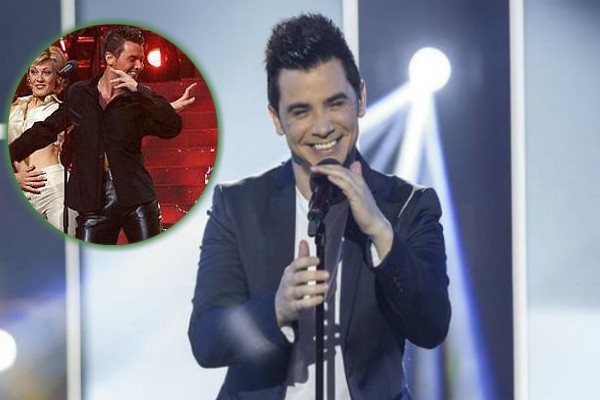 Spain: David Civera wants to return to Eurovision in 2018 Well if there’s one lesson we’ve learnt from all this, it’s not to vote for a Ukrainian entry ever again.

But it was not Kirkorov’s decision to send Julia…

Grannies were terrible… As almost all Russian music

So it is okay for a host country to ban a competitor from another country so long as they have charged them with an offence? Strange indeed.

Its ok for countries to send criminals to participate

Yeah……as long as their crime is freedom of movement and speech.

Freedom of movement? So I can freely enter UK or US? And when stopped can complain they have limited my freedom?

The source is obviously fake, as are these so called news. This article was only written to appease Russian hating “Eurovision fans”.

Think about it. If the nature of the sanction is private then it makes no sense that it is now made public via an interview.

Russia did nothing wrong after all. Ukraine should still be covering itself in shame for what it did. Now just pay the bill and make way for Russia’s 2018 ESC victory with Julia 😉 It will be hilarious!

Incorrect, Hillary. (1) Billboard is one of the world’s most respected music magazines alongside Rolling Stone (2) Armenia was punished for the Iveta Mukuchyan flag incident in 2016 but those details are also private. It’s because the EBU doesn’t want broadcasters to know the penalties (3) Remember that the EBU did not reveal the amount of the Ukraine fine — the head of NTU did in an interview.

Another Putin’s bot and their wishful thinking. Julia can hardly sing properly. She will sound terrible when singing live. What Russia sends every year is pure trash and cheesy music. Deal with it.

@common sense
Your comments reveal you are just a troll bot.

Well, anyone with a good ear can hear she cannot sing properly. And Russian music is absolute rubbish, unless it’s some academic stuff.

Havent we suffer enough forced to listen to russian entries

-OFF TOPIC-
But did anyone else hear that their is going to be a Africa song contest, the first edition to be held in November 2017 in Accra,Ghana it will have the same format as Esc (eg the winning country to host the next edition)
It will be called AfriMusic Song Contest

Yes there will be 🙂 it said that it will be on the 1st of November! 🙂

It also said if it is successful they will host it annually in October , rather than November. But it is the first edition so that was the only dates that they could get. In Accra 🙂

This is fantastic. But I can’t help but think that this will be another market for someone like Thomas G:son or Ralph Siegel to exploit.

Do you guys know why Germany always requests to be allocated in semifinal 2?

So they will get more votes in the superfinal

It’s because viewership in Germany is generally higher on Thursdays.

Russia is very likely to have bribed the EBU, as it does pretty much everywhere with corrupt EU politicians. As usual, might makes right. Hopefully sanctions will finally smother the empire of evil.

@jurgis
“Empire of evil”, ha ha. At least you are a funny troll.

As if your opinion counted

As if that were not true haha

I hope Russia got a sanction at least as strong as the one Ukraine got (and shouldn’t have gotten), but I’m not optimistic.

Using a woman for political purposes is an insult towards her and Eurovision.

@d
Julia can make her own decisions. Your comments are insulting.

Oh please. Everyone knows how decisions are made in Russia. “Her own decisions” Haha

Awkwardly but solved, finally. If only EBU would pay actual attention now to criterias and transparency of jury voting…

I think Eurovision should be inclusive, not exclusive. I do not see why Russian artists should be punished for the actions of Russian government. Moreover, governments change, regimes change through communication, art and exchange of ideas, which are all provided by Eurovision. So neither Russia, nor Ukraine should be banned. Solution was to introduce new rules, which the reference group did. Kudos to them

Russia must leave this contest forever. EBU even not try to respect Russia and give the country the same rights like other. No respect. What a circus. From 2014, with this booing and zero reaction to it from EBU, every year bulling, political jury voting in 2016, traditional last plases from Lithuanian jury, Yulia’s ban. If not this promise to Yulia from channels, we must leave it and never return. Hope 2017 will be last year when Russia take part. That’s all. 2017 kill Eurovision. I still hope than great Portugal and great Salvador’s victory can save it. I used… Read more »

Salty much.
Political jury vote was a problem since the introduction of jury vote. Armenia and Azerbaijan put themselves dead last every year, yet nobody bans them for that. Greece and Cyprus exchange 12 points, yet nobody bans them for that. Russia should stay, we should get rid of jury vote. That would also bring back Turkey to contest, since they have a problem with juries too.

If Eurovision doesn’t have the jury vote, the contest could risk a number of weird moments! 😮

We could see into televoting for two years now. And the results were better then what jury did. Juries are the reason why Switzerland, Estonia and Finland were out of final this year.

Good to see both were penalised. Now let’s be thankful that Portugal is a well liked country and home to the current UN secretary general.

Bonus thought: we could work the UN and Ronaldo into Eurovision!

Why would we work the un into eurovision? Very bad idea, that would only bring in more politics while offering us nothing musically or entertaining wise.

Obviously not a political element, but it would be nice to maybe hear from the secretary general because he’s Portuguese. It would be in the same vein as Zlatan doing the welcoming in 2013.

I’m so glad the minimum age for Eurovision wasn’t increased to 18 or 21. 🙂

I really believe that the russian drama shaded the whole eurovision experience this year. I am not into politics, but I think that Russia used its power to enforce its will, without taking care of damaginig the image of the contest. It was like the bully classmate that spoiled the party. I am sorry to say that, but this kind of behaviour should NOT be allowed in an amazing competition as Eurovision is, all about peace, love, building bridges etc. Russia should be banned FOR EVER

It is weird they didn’t issue a press release about Russia like they did about Ukraine — bias? favoritism? In either case, good to see both sides penalised for their parts in this.

EBU sucks up to Russia constantly. That fine was probably 100 bucks.

Thank God, they deserved that. What I don’t understand is why wouldn’t they publish it.