It’s the annual talent competition that gives a clue to the upcoming Melodifestivalen line-up. Now the eight finalists have been announced for P4 Nästa 2017 — the contest formerly known as Svensktoppen nästa .

The contest is run by Swedish Radio P4 and aims to find new artists and new music suited to the station format.

Since 2012, one finalist has also been given a slot in the Melodifestivalen heats, but the adult radio faves of Nästa haven’t always been a good match for the bright television aesthetic of Mello.

The Nästa acts with the best results at Melfest were Terese Fredenwall with “Breaking the Silence” in 2012 and Smilo with “Weight of the World” in 2015. Both acts each placed fifth in their respective semi-final, and both narrowly missed out on making the Melfest grand final.

While the Melfest wildcard hasn’t been confirmed for this year’s P4 Nästa, it’s thought the system will continue.

As the P4 Nästa final takes places before the 1 September release deadline for Eurovision songs, the winner of the Melfest wildcard must enter Melfest with a new song.

These are the eight songs that will be battling at the grand final in two and a half weeks.

Stiko Per Larsson is a acoustic musician. He released his debut album in 2008, and has since released a total of three albums and numerous singles. For the past five years he’s also raised over one million Swedish kronor for children’s charities.

MIAH – “That’s when we all come falling down”

Maria “MIAH” Hjelmqvist has a background in gospel choirs — something that’s evident in the sound of her song “That’s when we all come falling down”. MIAH is a trained music teacher, but currently works as a Swedish language teacher.

Chris L Svensson got his start with iconic Malmö rock band Dirty Passion, which took him on tour around the world. But he felt the call of country music, which is the focus of his solo career.

Sisanda – “If this is love”

Sisanda Nilsson is originally from South Africa, but has settled in Sweden. She got her start performing in South African jazz festivals, mostly performing in the Xhosa language. She has since been working with Swedish producer Markus Göranson. Her song is about the importance of never giving up.

Fierce rock unit Frontback have been playing together for four years and have toured internationally. Lead singer Anlo Front, who brings a Gwen Stefani tone to the band, says “On and on” is the band softest track.

Maija is originally from Latvia, and moved to Sweden five years ago. She’s been busy writing songs and has several ready to be released. Maija was the winner of the Stockholm regional contest for P4 Nästa. Her song is about the importance of never giving up.

20-year-old Michi delivers the most chart friendly pop song in P4 Nästa 2017. Michi already has Eurovision experience — in 2014 she was the rehearsal stand-in artist for Molly Smitten-Downes’s “Children of the Universe” performance in Copenhagen.

Jonathan “Jo'” Sandblom and Kim “Eliah” Eriksson are a folk duo in the vein of Simon and Garfunkel, but with modern influences such as Bon Iver and Sigur Rós. The pair met at the Nästa final last year and decided to form a duo.

The grand final of P4 Nästa 2017 will take place on August 26, this year coming live from Linköping. The show will be broadcast last on radio P4.

What do you think? Which of these acts should win P4 Nästa? Which should get the Melodifestivalen wildcard? Share your thoughts below! 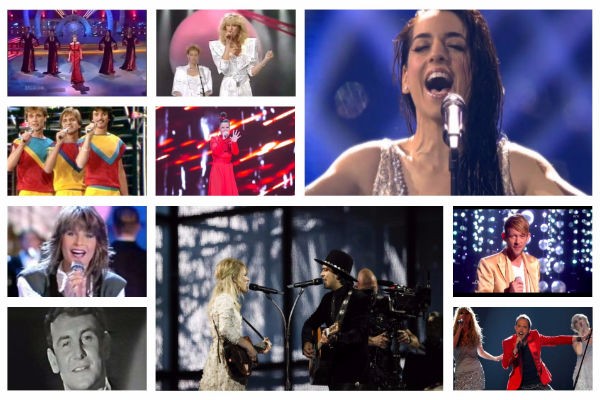 It may smell for them coming 5fth in their possible deltavling, right? May contain better songs though.

MAIJA HOMHOM — her fun and happiness is infectious!

Prime minister of Turkey has confirmed that they are not returning to ESC…:(

Sabina Ddumba has to go to Melodifestivalen and win next year!!!