Serbian broadcaster RTS has revealed details of their selection process for Eurovision 2018. This time they’re using internal selection with an open submission process. And the selection committee doesn’t want to be unduly influenced — the selection will be anonymous.

The broadcaster is mixing up their selection process again. In 2015 Bojana Stamenov won the national final Odbrojavanje za Bec, while in 2016 and 2017 Sanja Vucic and Tijana Bogicevic were each selected by closed internal selection.

This year, the internal selection process is open to the public. Both Serbian and international songwriters can enter songs, but the singer must be Serbian.

RTS is also going back to basics. Perhaps taking inspiration from both their 2007 winning song in Serbian and Portgual’s winning song in Portuguese, there’s now a national language rule. All lyrics must be in one of the official languages of Serbia. As well as Serbian, this includes Hungarian, Slovak, Romanian, Croatian, Rusyn and Albanian.

The entered songs will be assessed by a selection committee who will initially listen to the songs without knowing the names of the artists. This is similar to the initial jury screening that Melodifestivalen uses, to help ensure that jury members aren’t swayed by big names.

The selection committee will shortlist around ten songs. These will be publicly performed on an RTS show, in part to see how they work as a live performance. However, this will not be a national final and the public will not choose the song for Lisbon.

That instead will be the task of an expert jury of music professionals who will choose which one of the lucky shortlisted songs will be Serbia’s Eurovision entry for 2018.

Entries are open now and will run until 20 October.

Serbia has competed at Eurovision ten times, with the best result being its win on debuting in 2007. And while Serbia hasn’t topped the victory of Marija Serifovic’s dramatic “Molitva”, they have reached the top ten three other times.

However, in more recent years, Serbia hasn’t placed at well. Sanja Vu?i? ZAA only managed 18th place with “Goodbye (Shelter)” in Stockholm last year. This year Tijana Bogi?evi? narrowly missed out on making the grand final with “In Too Deep”.

What do you think about Serbia’s new selection process? Will it find another winning song for Serbia? Share your thoughts below! 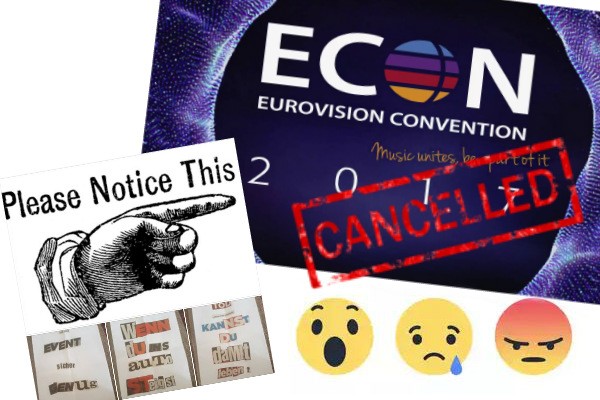 Eurofans left in the lurch as Eurovision Convention is cancelled amid claims of bank fraud, security threats and unsigned contracts Serbia, its more important that you PLEASE don’t engage any composers from Sweden anymore. You have seen where it led to. The language is not as much important as the team who’s behind it.

And most importantly, interested performers need to be at least 16 years of age, which is way better than 18 or 21. Also, I’m really hoping to see Emilija ?jonin take part! 😀

I think a song in Serbian will appeal more to ex Yugoslav neighbours, so smart move.

I don’t get the fuss over languages. The best song should be picked, regardless of whether it is in English, Serbian, French, Swahili or whatever.

The best song should be chosen irrespective of language.

Although Swahili words are very rhythmical…very suited to music.

Serbian is one of the most musical languages in the world. The flow is so natural combined with the music, and the result is always outstanding. Good thing they’re considering their language again after three lackluster songs in English.

I knew Portugal’s win would bring back native languages. Super happy about that. I wish Serbia would use a national selection, but internal selections can be just as good. The only recent Serbian song I’ve liked was 2017.

slovenia and serbia banishing English from the Balkans <333 legends

I’ll be more than happy if they get back on track. Serbia have had some really great entries up to and including 2012, especially “Oro” and “Nije ljubav stvar”.

Since then it has gone seriously downhill. I quite liked the song last year which had some nerve. But apart from that…

The Anders
Reply to  The Anders

And in the 2013 national final there was a really great song called “Halo” – a sort of Carole King type of pop ballad, I liked it a lot. The more sad that the audience chose that embarrassing school comedy…

Seems Portugal has changed the game (at least this year)! More countries tend to sing in their own language. After the language rule in Slovenia, there’s also a language rule in Serbia. Personally, I don’t mind artists singing in English, but in case of Serbia, it works. I always loved their Serbian language entries! It’s such a beautiful language and it showcases their culture and music. Of course the time has changed, the songs are more contemporary, more electro sounds etc, but the point is to have a balance right here. The selection process seems fair to me, open selection… Read more »

Even though Goodbye was quite good, Serbia’s entries in Serbian are better.

Serbia’s last two internal selections have been far inferior as compared to their NF winner Bojana Stamenov’s Beauty Never lies. So can’t really tell if they’d have much success with forcing non-english onto songs. They should allow songs in all languages and select what is best.

Can you even imagine what will happen if we send song in Albanian? Oh boy, no no.

You might finish Top 5 like 2012??
Although your broadcaster will probably need a mental asylum if that happens!!

I think Ivan is Serbian, not Albanian and he is afraid of sending a song in Albanian which may increase current tensions between two countries

i hope Luke Black will participate

Because you don’t want to come last in the semi-final.

Jelena could Resch Top 10 and even Top Five with great Song.

The problem is her looks and antics I would say. They might work for the Balkans, but anyone else looking at her would feel rather confused and amused. Also, didn’t she accuse Beyoncé and Lady Gaga of copying her?

I can see Beyonce and Lady Gaga looking for inspiration in small artists in small countries, and after that…people will laugh if balkan artist says is copy. Those international stars don’t have the secret of originality.

Yes, if she keeps silent and hides in a box.

Sounds promising. Although countries should send songs in the language that is best for the song, as a general rule, the Yugoslav countries tend to send better entries in their native languages.