Operación Triunfo (OT) is the talent show behind Spain’s last golden age at Eurovision. It resulted in 7th, 8th and 10th place finishes — all in a row — between 2002 and 2004. RTVE recently revealed that it will revive the show in 2017. But will it serve as the country’s national selection for Eurovision 2018?

Back in May, fans pounded the alarm when RTVE revealed in a Eurovision documentary that the show, which is coming back to the broadcaster after a 13-year absence, would also be the selection method for Eurovision 2018. Some yelled “Eurodrama!” Others, nodding to Rosa, shouted “Celebration, CEEE-LE-BRAAAAATIOOON!”

But things aren’t as clear now. A few days after the documentary aired, Head of Delegation Ana María Bordas explained that the selection method for Lisbon wasn’t actually decided yet.

Summer passed without any more news until last week, when TVE presented Operación Triunfo at Vitoria’s FesTVal, Spain’s biggest TV-related event. The show will premiere in October with a total of 16 participants and the broadcaster intends for it to run for 14 weeks. As for Eurovision… RTVE’s Head of Entertainment Toñi Prieto said that OT’s role — if any — has not been decided.

She did mention that RTVE may pick its Eurovision contestant through the show — though that person may not necessarily be the winner. In fact, in the past it wasn’t the norm for the show’s winner to be selected. Of the five OT acts that have represented Spain, only Rosa won her edition of the show.

If we look back at the early 2000s, the show frequently staged a separate Eurovision phase following the show’s main event.

Once the show was finished, the top 3 contestants took part in a special night and sang three songs each.

Beth, who finished third in OT, went to Riga in 2003 and Ramón, who finished second, was the public’s favourite in the Eurovision night and flew to Istanbul in 2004.

How and to what extent the show will be used likely depends on how the Spanish public reacts to the show’s reboot. If it’s a success, RTVE will want to take advantage of the momentum and pick a popular contestant for Lisbon. If the show fails… something tells me we’re headed for another edition of Objetivo Eurovisión.

Among the jurors is Mónica Naranjo, one of Spain’s most beloved artists, who has served as a judge in Spain’s edition of Your Face Sounds Familiar and the Eurovision 2014 selection. Yes, she was the woman who Brequette made cry.

Will OT be a success? Or will it flop and leave RTVE scrambling to figure out how to choose its act in January? Only time will tell… but we’ll stay tuned and keep you updated on everything that’s going on in the land of Eurodrama!

From worst to best: The definitive ranking of Operación Triunfo and Star Academy contestants at Eurovision (Part One) 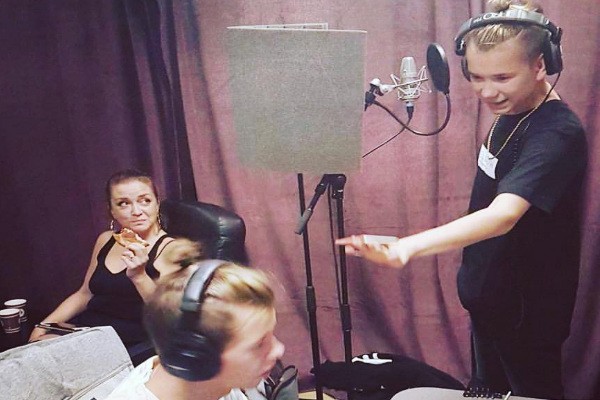 Norway’s Marcus & Martinus team up with Melodifestivalen composer Linnea Deb…but for what? Hopefully not another shouty, contrived, pompous euroballad sung by a diva….!

Some rock in Spanish would be great – been a long time since. And they have a nice rock scene. And a wonderful lanaguge.

Nice OT is back, might spawn some more interest in Spain. Spain has had nice entries in 2013, 16 and 17 recently. So we will hear what happens

That’s a pun. If anybody got it please do tell.

Yeah that’s one of the meanings 🙂
I don’t think a winner later coupled with a generic song can lead to a Spanish victory.So no la la la la repeat for them.

Guille Milkyway deserves a mention there! The mastermind behind La Casa Azul, who was in the 2008 selection presenting his brilliant perfect disco-pop bop “La revolución sexual” is going to appear in Operación Triunfo too, to teach the candidates.

Music Is the Key
Reply to  alber

La casa azul….wonderful band! brilliant, original, catchy,, cheerful indiepop. WONDERFUL music 🙂 They should have a go at ESC! Their kind of indie is quite “commercial”, and it’s great to heat alternative music in the contest